Welcome to Weather and Songbird Migration

"It won’t be long before spring migration gets rolling...time to practice your map reading skills and to dust off your binoculars!" 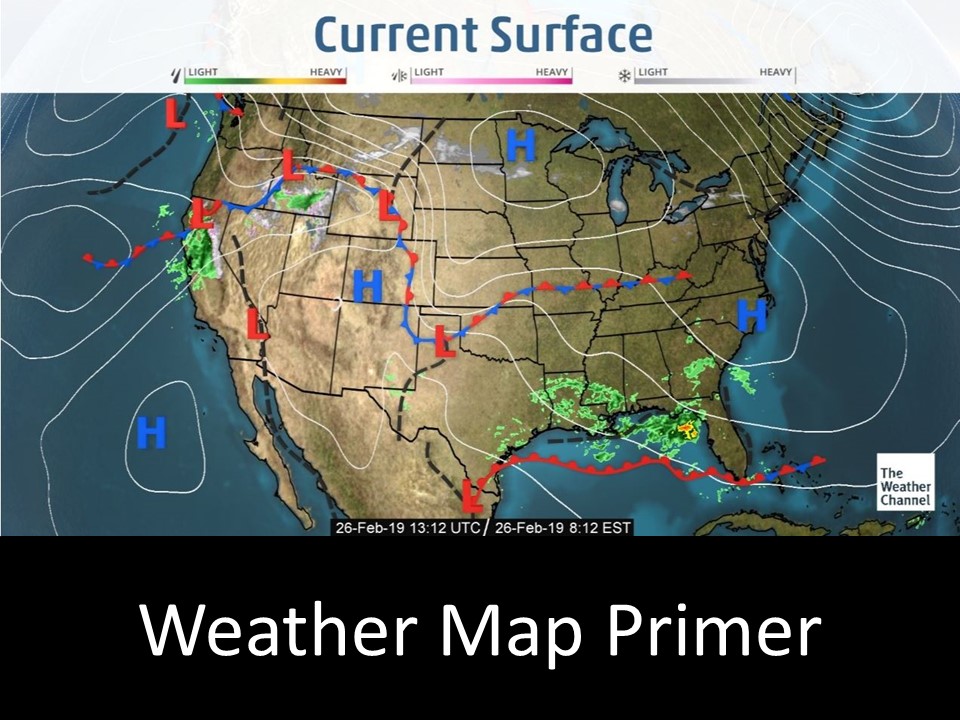 While it is still officially winter, it won’t be long before spring migration gets rolling. In fact, some of the very early migrants are already showing up; Tree Swallows have already started arriving here in Tennessee!

Each week, I will be showing you the map for that week’s weather, and helping you predict who might see lots of birds arriving. Then the next week, I will report on bird sightings from all over the country and see if the predictions were correct. Let’s get started by learning how to read a weather map.

The two features to focus on are the colored line and the H’s and L’s. The lines represent fronts; blue lines are cold fronts, with warm air in front of them and colder air behind them, while the red lines are warms front, with colder air in front of them and warmer air behind them. The H’s and L’s represent high and low pressure areas; the air around highs circulate clockwise, while the air around lows moves counter-clockwise.

So what does this all mean for birds?

Birds want to fly with a tailwind, which is wind behind them to push them along so they use less energy and get where they are going quicker. In the spring, this means south winds (wind moving from south to north). Birds don’t want to fly with a headwind. North winds (wind moving from north to south) make flight difficult so birds are forced to land. Bad weather, such as heavy rain, also forces birds to land. On the right side of a high pressure system, the winds are coming from the north, so migrants land. On the left side, the winds are from the south, so birds take off to continue migration. Since highs follow cold fronts, birds will be forced to land immediately following the passage of a cold front. After the high has moved east, usually a day or two later, the birds have tailwinds and take off again.

So why don’t birds use low pressure systems?

Lows begin with south winds, but often bring bad weather too. So, even though the winds may be blowing in the right direction, flying conditions may not be good. I believe that a lack of these typical weather patterns has led to an unusual winter for migrant sightings. During the fall, there was almost no frontal activity until October, near the end of fall migration. That meant that many migrants were stuck in the US until late in the season, and then had a short window to get down to the tropics before winter. Here in Tennessee, we have had a dozen different migrants species (mostly warblers, but at least 1 pewee sighting) that have been around all winter, and I think they missed those last few fronts of the fall, and were forced to stay here for the winter. In a typical fall, there would be fronts moving through regularly from August through October, allowing a steady stream of migrants to head south.

Notice that there is a high pressure area off the southeast coast, which is bringing southerly winds to much of the eastern US. If migration was in full swing, there would be a lot of birds arriving from the tropics. There is another high over the northern Great Plains (the Dakotas and Minnesota), which is bringing northerly winds to the northern part of the US, so all those migrants that would be arriving could only make it to the mid-Atlantic region before headwinds forced them to land. There is a stalled front (the red and blue line) over the middle of the country, but that is expected to move east as a cold front in the next day or two, bringing rain and poor flying weather, so that would keep new migrants from arriving until the weather clears.

We still have a few weeks before spring migration really gets going, so this is a good time to practice your map reading skills and to dust off your binoculars and see what birds are around! Take care. 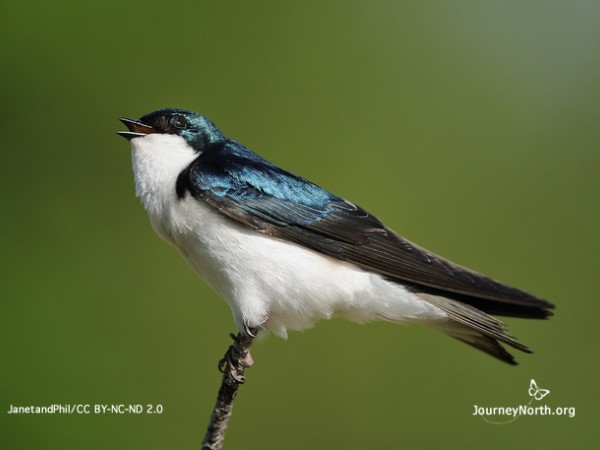 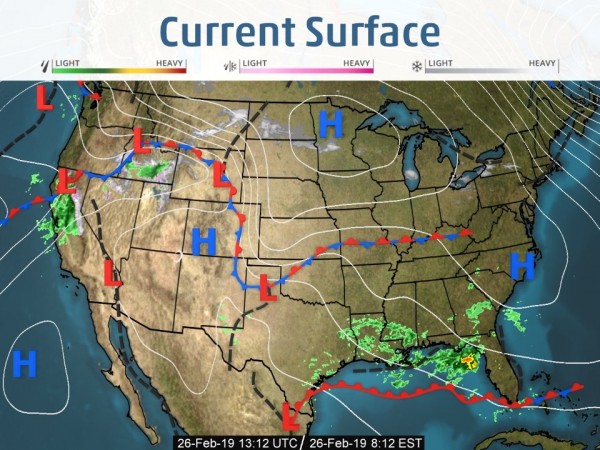