Happy March 1st and the beginning of what appears to be a bit of Spring and also a bit of bird migration. The Spring part has seen temps in the 40s, the melting of snow and the emergence of an unusual plant called Skunk Cabbage, obviously around Skunk Cabbage Bridge. Next time you are in that area see if you can find the plant. Today when I walked the trails in the Arb, after a couple nice days in the 40s, the temps were in the 20s and the water on the trails had all turned to ice, smooth slippery ice. I could have worn ice skates today. Even my spiked footwear slid on the ice. The wind was blowing cold air from the north. Not my favorite.

The best recent days were Friday and Saturday, temps in the 40s, sunny with nice breezes from the south. What do warm temps and south breezes mean this time of year? That’s right, migrating birds from the south hopping on the winds and heading north. The first migrator I saw on Saturday was the Sandhill Crane. I had not seen a Sandhill Crane since last fall. There was only one but it announced its arrival by bugling its familiar sound. To me it’s such an exciting sound. It came in from the south behind about 200 flying Tundra Swans down at Lower Mud Lake. I usually see my first Sandhill Cranes over at Nine Springs so I went there next to see if any had arrived there. Sure enough I saw a flock of five fly over and another single Sandhill Crane walking in the cattails. The latter was all by itself and calling constantly in hopes that others would join it but none did. All the cranes I saw on Saturday were still in their pristine, light gray plumage.  It will not be long before they start preening with Wisconsin soil to turn their feathers into a handsome reddish tan color. I wonder how soon I will see a Sandhill Crane in the Arb? It shouldn’t be long.

Earlier in the week I saw another migrating species. In fact it was a flock of Common Grackles numbering around 60 birds. They were perched at the top of a couple deciduous trees located just east of the Big Spring. They were making a lot of noise with their chattering and squauking. The one thing I like about the grackles are their iridescent feathers around the head that give off a deep blue color.

Recently many birders have been seeing White-winged Crossbills in the pinetum at the east end of Longenecker Gardens. Earlier they would stay only a few minutes eating seeds from the pine cones of spruce trees but more recently they’ve been staying for a couple hours allowing many to see them. The males are reddish pink with two white wingbars. The females are a dirty yellow green with white wingbars. The most unusual feature is their crossed bills. They still are eating seeds from the pine cones but now they are also eating the new buds at the ends of the pine branches. They seem to be eating some food from the branches and needles too. It won’t be long before they will disappear by heading way up north to their breeding habitats.

Also in the pinetum are Pine Siskins. The other day I saw one carrying a small branch or twig indicating that it was building a nest. Sometimes the Pine Siskins will have their young here before heading north.

Another indication of spring and approaching mating season is the recent activities of male Wild Turkeys. Groups of males are beginning to fan or spread their tail feathers and lower their wings to drag them on the ground.  It’s as if they need to practice this courtship behavior with the guys before they try it out on the females.

Today there was a pair of Tufted Titmice in Wingra Woods calling back and forth constantly. Again it’s approaching “that” time of year.

As I walked back to my car today I saw a Red-tailed Hawk looking just beneath with its eyes fixed on a possible meal. At my car there was an American Crow perched on a light pole and cawing at me. I wish I knew what it was trying to tell me.

What migratory birds will appear in the Arb next? I’m not sure but the male Red-winged Blackbirds should be arriving soon each to claim a territory for itself and a female which will arrive a month later.

I hope you can all get out and see the beginnings of the annual spring migration! 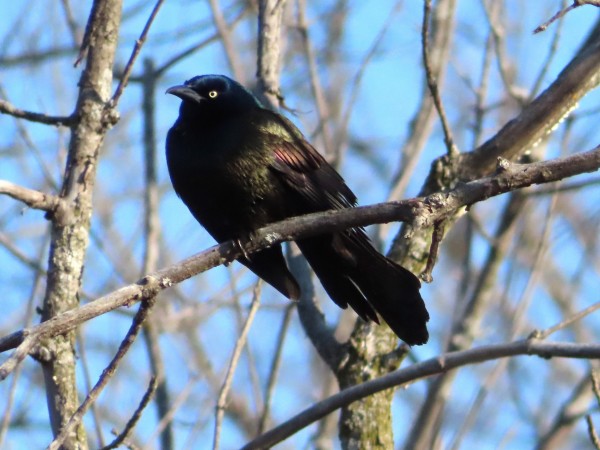 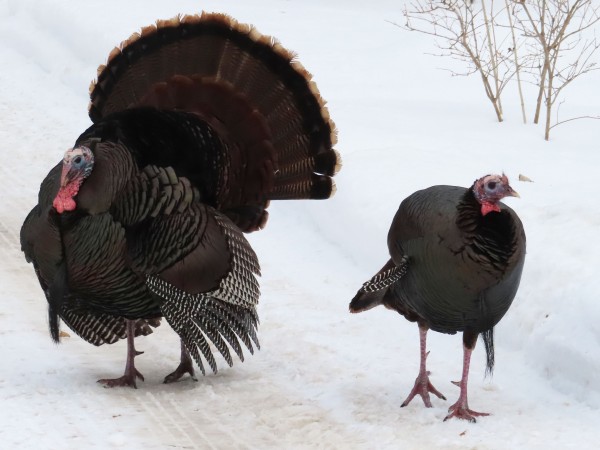 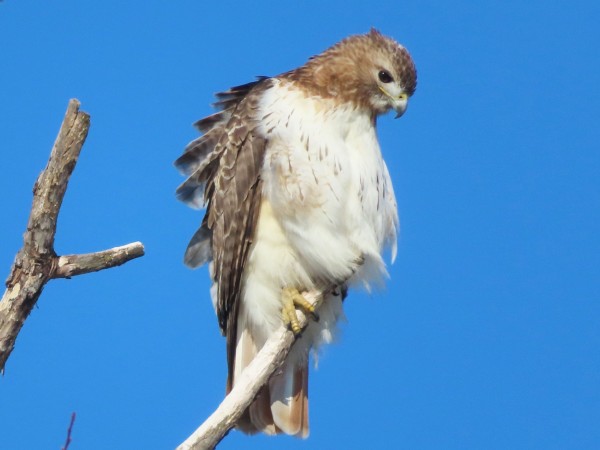 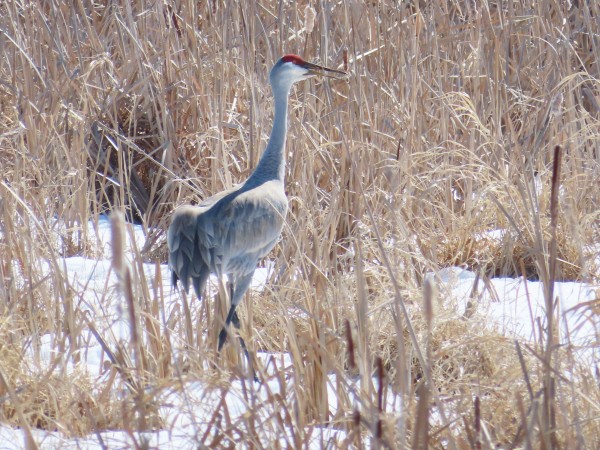 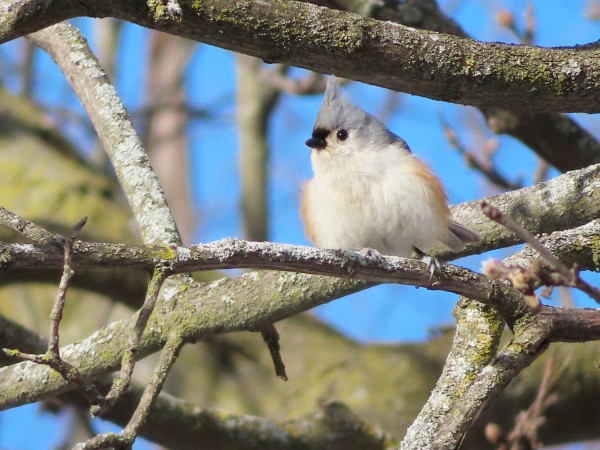 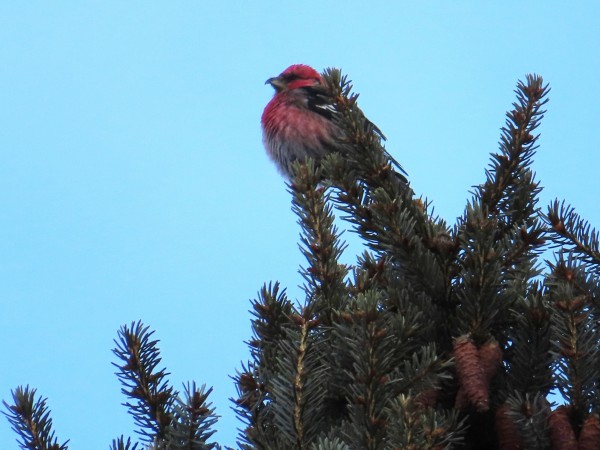 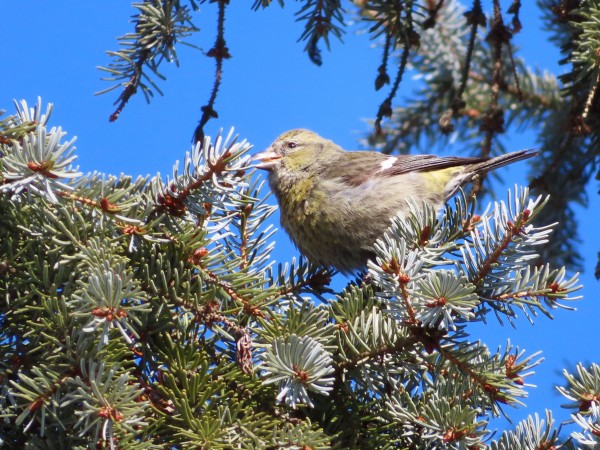