On my bird walk this morning I noticed that all the walkers had smiles on their faces and many even said hello. I wonder why? Could it be that the sun was shining, the blue sky was clear of clouds and the temps were above 60 degrees? I do believe that had a lot to do with it. Have you also noticed that the piles of snow are shrinking and part of the lawn is beginning to show? This is really exciting to me. Signs of an emerging spring are all around us. After that tough winter this weather is so welcome.

Have you also noticed a few new birds arriving from the south? I saw my first Sandhill Crane back on February 27th and since then more have been flying over practically every day. If you haven’t heard them calling you need to get outside more. The best arrival for me was yesterday, Sunday March 7th. I just stepped out of my car after arriving at the Arboretum and I heard unison bugling of a pair of Sandhills coming from Curtis Prairie. I quickly raised my binoculars to see who they were. There were actually three Sandhill Cranes walking around the prairie looking for food. The adults of this threesome are probably the pair that returns to Curtis Prairie every year. Sandhill Cranes are philopatric, i.e. they love the fatherland and return to the same spot every year. So the have come home to Curtis Prairie. I believe the third Sandhill Crane is the one born and raised here in the Arb two years ago. The adults did not raise an offspring last year so maybe that is why this two year old is still with its parents.

Another new migrant species, three Red-winged Blackbirds, arrived last Friday, March 5th. Again they were singing when I arrived at the Arb early that morning. It was such a welcoming sound. Each one was perched on a different, short Burr Oak out on Curtis Prairie. They were all males and each one will establish his own territory. One male chases another male away by flying directly at the invader and raising his red epaulets. The females fly in about a month later and each joins a male to build a nest, lay eggs and raise young.

Birders are also seeing Turkey Vultures coming north. One was seen flying over the Arb on Sunday. The most distinctive feature about the Turkey Vulture is the way they fly. They don’t flap their wings very often but glide and use the wind to keep themselves aloft. Instead of having their wings straight out as they glide, they position their wings a bit up forming an open V-shaped pattern, also called a dihedral position. This also creates a bit of a wobble to its flight. The vulture is basically black with a red, featherless head. The underside of the wing is black toward the leading edge and white to gray on the trailing edge of the wing.

Other sightings that are not new arrivals are Northern Cardinals singing from the tree tops constantly. The males sing to attract a female and to establish a territory.  The Pine Siskins have not flown north yet and are still in the Pinetum, Icke Boardwalk and Teal Pond. They are still eating the seeds from the female catkins of the European Alders.

I saw and heard a Mourning Dove in the Pinetum cooing from the top of a pine tree. When they coo their throats really puff up to make the sound. In past years they have built nests in the pines of the Pinetum. I’ve also seen Cedar Waxwings the past few days. Three were eating Buckthorn berries in the woods just south of Teal Pond yesterday. Their plumage is really impressive with a black mask, red tips on certain wing feathers and a yellow band at the end of its tail all set against a soft light tan body.

I encourage all of you to go out birding during these early stages of migration. In the next couple days Eastern Bluebirds, American Woodcocks and more Great Blue Herons going to their nests at the rookery should be arriving. 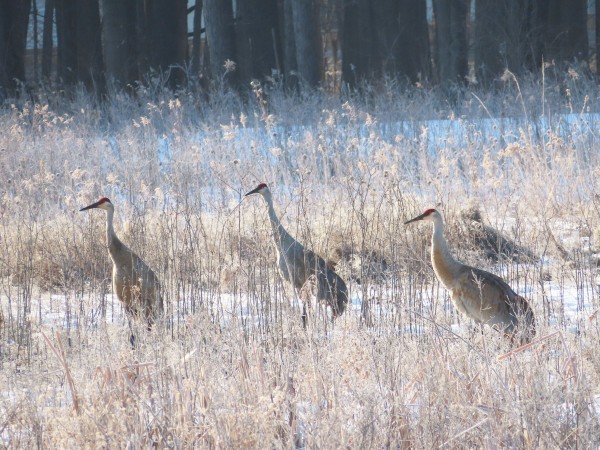 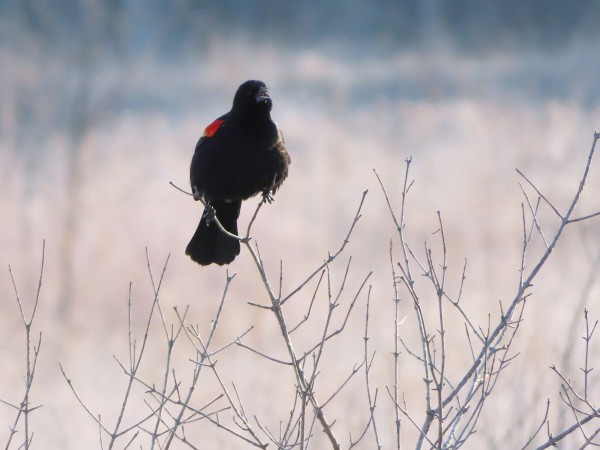 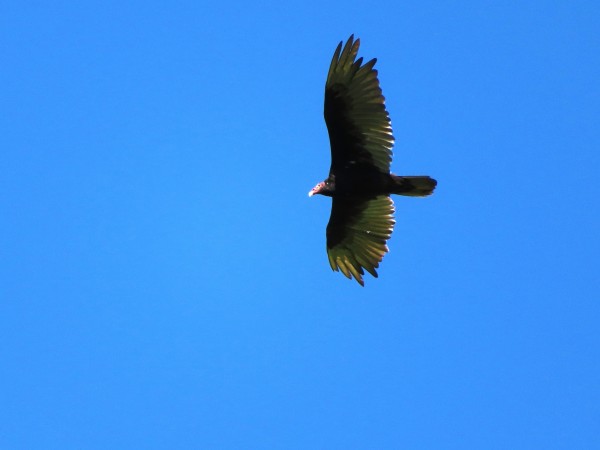 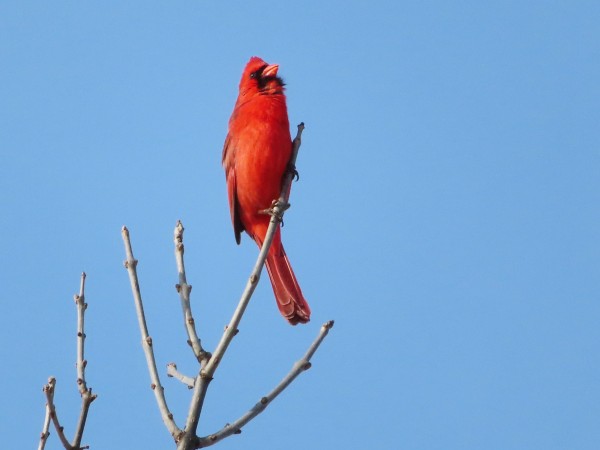 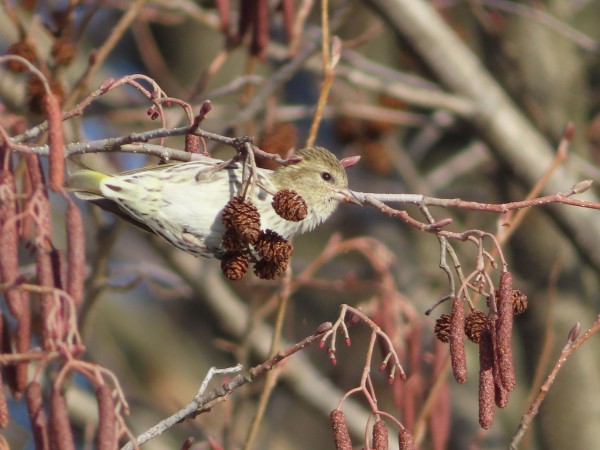 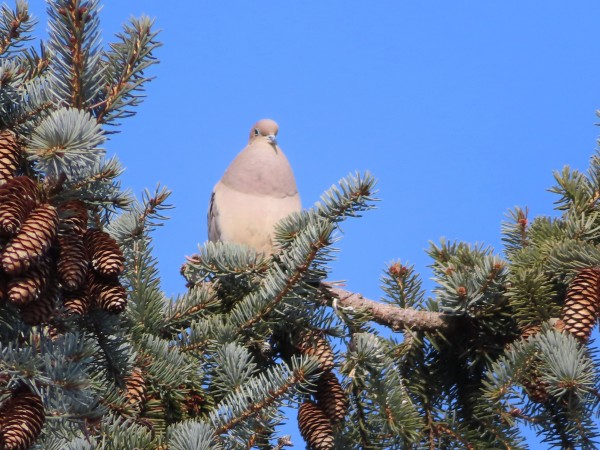