Isn’t this new snow great? Do I hear a lot of hissing and booing. Okay, I agree. I have moved on to spring and don’t want any more winter and its partner, snow. I just got done removing today’s white stuff off of my driveway. It was wet and heavy. The weather person warned us last night about the coming snow. In addition there were other warnings of this unwanted snow. First it is March 15th and we are to “Beware of the Ides of March”. Second, when I got up early this morning and looked to the east as the sun was about to rise, the eastern horizon was bright red. This reminded me of another adage: “Red sky at night, sailor’s delight but red sky in the morning, sailors take warning. We were doomed.  Tomorrow I hope the sun will do its work.

Enough about weather, what are the birds doing and how is migration progressing?

On Wednesday, March 10th I went to the Arb at 6:00pm to see whether the American Woodcocks had arrived on Curtis Prairie. I chose a bad night in that the wind was really blowing from the south which increased the volume of the traffic noise from the beltline. I walked back and forth on the east/west path just south of the parking lot and finally I heard the nasal “peenting” sound of one woodcock. I never saw them fly into the sky. If you go looking for the woodcocks pick a calm night with clear skies so you can hear their peenting sound and see them fly up into the sky. To see them best look toward the west where the sky is brighter after the sun goes down.

Friday, March 12th, was beautiful day and also a great day for birding. The Sandhill Cranes were calling out on Curtis Prairie as soon as I arrived. It always feels like a welcoming call to me. Later in the morning I found a pair on the north side of the Visitor Center bugling. They were actually at the back doors which are all glass and show the cranes’ reflections perfectly. They kept calling as if they wanted to get inside but I told them the Visitor Center is closed besides cranes are not allowed inside.

As I continued my walk I came across several newly arrived Song Sparrows. With the sun shining they sang their cheery song.

I walked down on a trail going to Curtis Prairie and in one of the tall trees at the edge of the prairie I spotted a Red-tailed Hawk perched high in a leafless tree. While I looked at it with my binoculars another Red-tailed Hawk flew in and landed on the back of the perched hawk. Immediately the perched hawk, a female, raised her tail and just as quickly the hawk on top, the male, copulated with the female. The copulation lasted all of about 5 seconds. When finished the male climbed off and perched next to the female.

The male Wild Turkeys are beginning to get into the swing of the season. They are beginning to fan out their tail feathers and drag their wings on the ground. The reds and blues of their face and neck have become really bright. Right now the males are hanging out with other males yet they are showing their courtship behavior. It’s as if they are practicing in front of males before they actually will use it to impress the females.

I’ve been hearing Killdeer calling on or as they fly over Curtis Prairie.  And in honor of today’s last snow (hopefully), I’ve included a photo of a Northern Cardinal surrounded by the white of winter.

My last photo was taken in Dane County but not in the Arboretum. On Sunday, March 14th, I went to the north end of Lake Kegonsa, Fish Camp, to see all the waterfowl but most especially to see the Snow Geese that I heard birders had seen the day before. When I arrived the Snow Geese were not there but there were a 1000 to 1500 ducks of many species, Canada Geese and Tundra Swans present. It was an amazing sight.  Five minutes later in flew the Snow Geese. There were about 70 of them and they landed on the ice next to the open water. Snow Geese come in two morphs, a white morph and a blue morph, actually dark gray, with a white head. They are stunning. 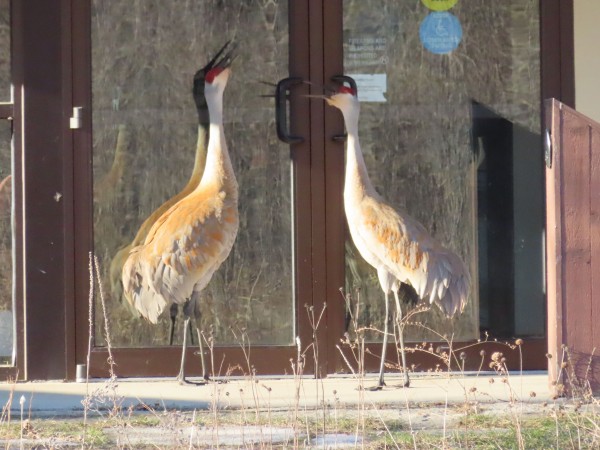 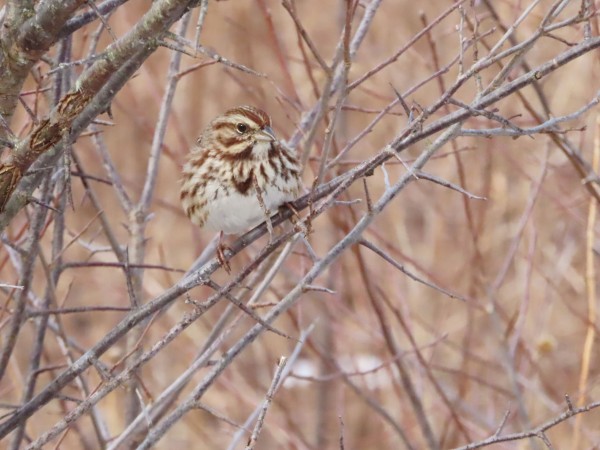 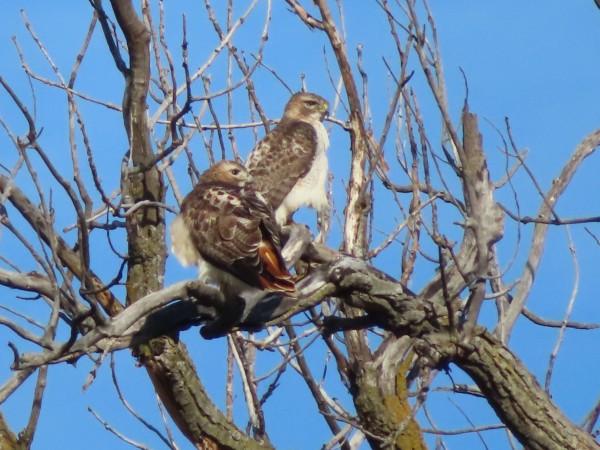 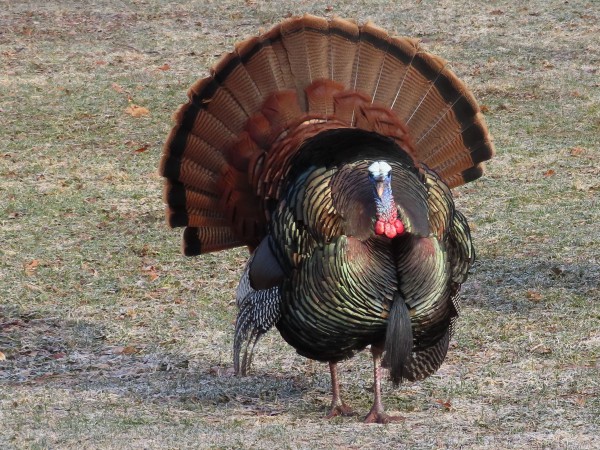 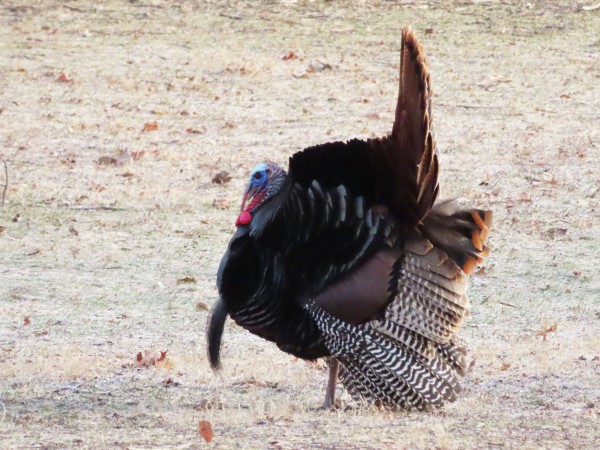 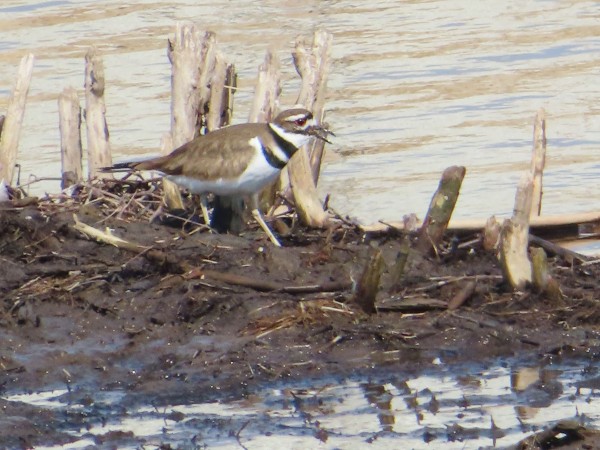 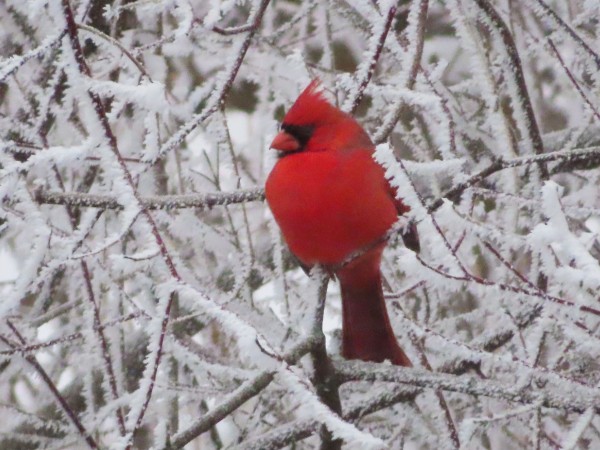 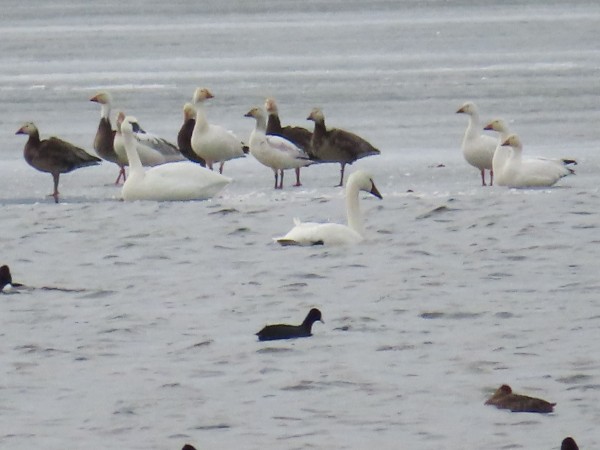