I’m still in Arboretum South (aka Florida) where the temps are in the 70s and sometimes even warmer. I will be gone for 2 more Tuesdays but several people have stepped forward to lead all the bird walks. I thank them all for volunteering their birding expertise. I am attempting to write Monday night bird reports but they will be short and will include some Florida bird photos too.

These new arrivals have recently been seen in the Arboretum: Eastern Bluebirds, Eastern Phoebes and Tree Swallows. In the greater Dane County area new arrivals included Common Loons and Golden-crowned Kinglets. With the lakes opening up many more waterfowl are arriving. I look forward to seeing them when I return. Photos of each of the above five birds are included.

The photo of the Eastern Bluebird was provided by Linda Deith. I could never capture a flying bird and maintain such wonderful detail. Thank you Linda for sharing your photo.

The photos of the Eastern Phoebe and the Tree Swallows were mine from several years ago, not from the past week.

The photo of the Golden-crowned Kinglet was provided by Cynthia Carlson. Again I can’t capture the kinglet with such beautiful details. Thank you Cynthia for sharing your photo.

The photo of the Common Loon was one that I took a couple years ago but they have been seen recently on our local lakes.

The next three photos that I took in Florida, but all have a connection to the Arboretum.

The first photo is one I took in Melbourne, Florida. It is of a Palm Warbler. One of my birding friends told me as I traveled south I should be able to see some of the migrants who will soon arrive in the Arboretum. Sure enough I saw 12 Yellow-rumped Warblers in Valdosta, Georgia and 8 Palm Warblers in Melbourne, Florida. They should be about the first warblers to arrive in the Arboretum very soon if not there already.

The third photo I took is one I took a couple days ago walking along the edge of the Gulf Coast in Estero Beach, Florida. We see this bird along the edges of a lake in Dane County. It is such a delicate bird. Note the yellow feet. It is a Snowy Egret.

My last photo is an old bird I came across while birding at Merritt Island National Wildlife Refuge in Florida. This old bird has teeth that could easily remove several of my body parts, so I kept my distance. Can you guess what it is?

That’s the Arboretum and Florida bird report for the past week.

I wish all of you good health and good birding too, 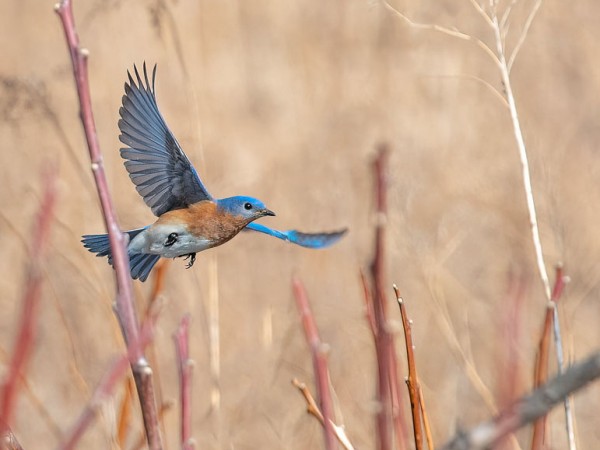 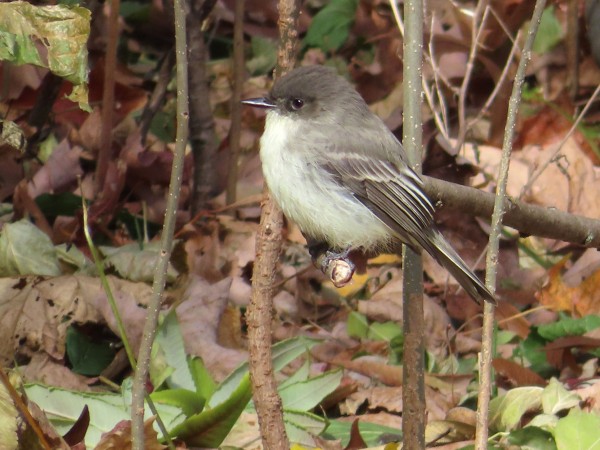 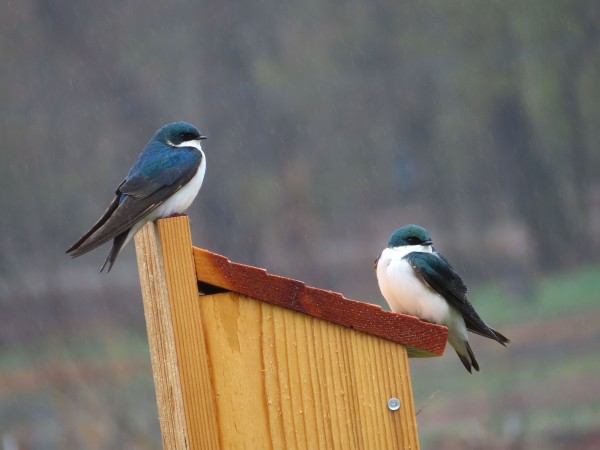 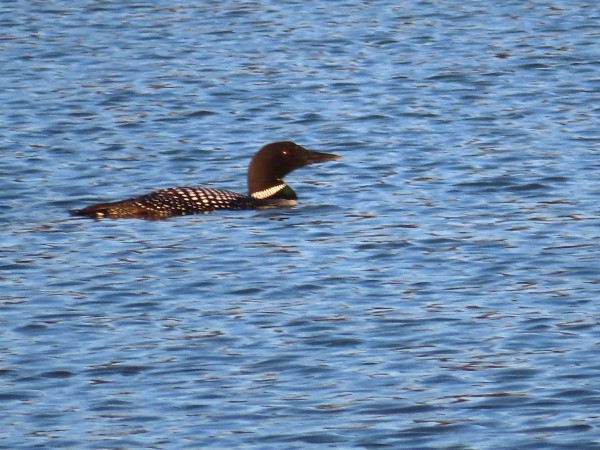 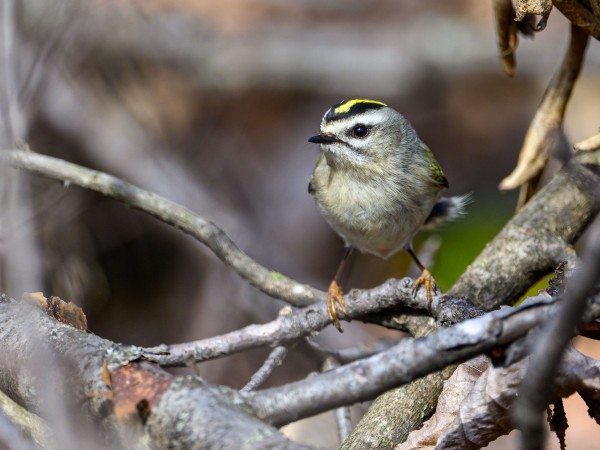 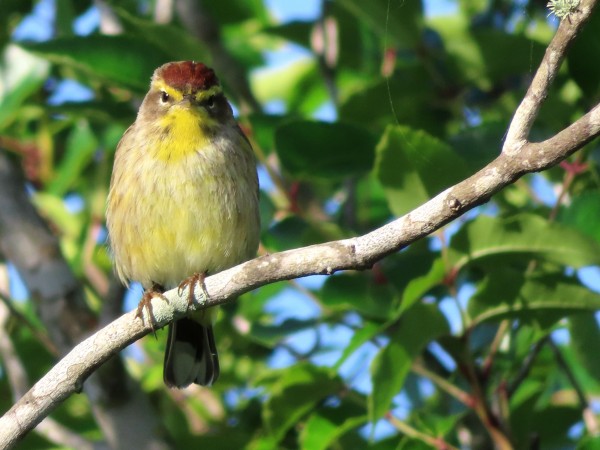 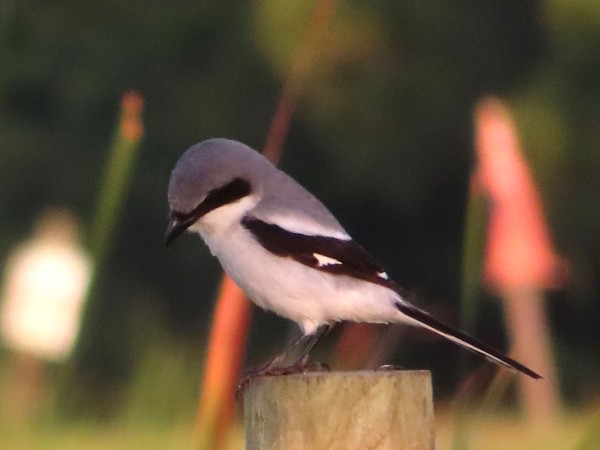 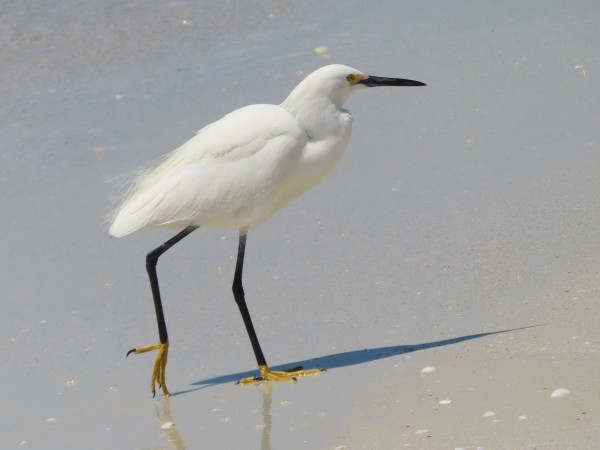 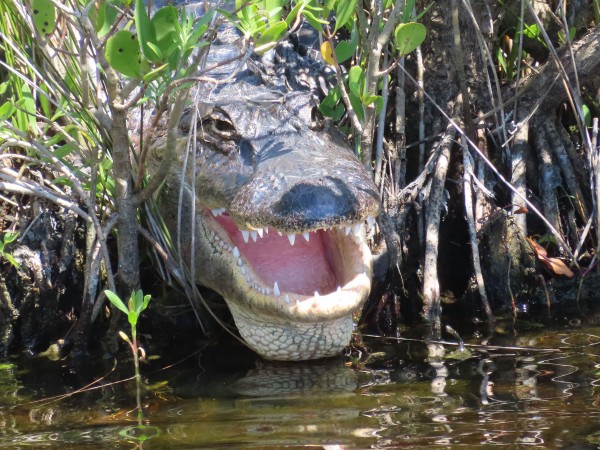