Spring migration has picked up, thanks to some good southerly winds over the past few days. Birders in Louisiana have seen a nice assortment of species, including Yellow-throated Vireos, Louisiana Waterthrushes (appropriately!), Hooded Warblers, along with the first Worm-eating Warblers, and Gray Catbirds of the season. Birders in Georgia have also been seeing Worm-eating Warblers, along with the first Summer Tanager, while the first Prairie Warbler was seen in Florida. Here in Chattanooga, I saw my first Blue-headed Vireo and Yellow-throated Warbler. The strong southerly winds helped push Tree Swallows, Yellow-throated Warblers, and White-eyed vireos into Oklahoma. Lastly, a Louisiana Waterthrush was seen in Maryland.

Migration has picked up out west as well. Arizona saw an influx of hummingbirds, with Black-chinned and Rufus being seen, along with more Lucy’s Warblers, and the first Cassin’s Kingbird. Birders in California recorded their first Bullock’s Orioles, Western Kingbirds, and Black-headed Grosbeaks.

The weather forecast looks very similar to last week. There is another strong storm system moving across the central part of the country, bringing strong north winds and precipitation behind it. That means that, in much of the southern and central US, birds will be grounded for a few days. In the eastern US, winds are very strong from the south ahead of that front, so migrants will be able to make good progress for another day or two before that front arrives. In the western US, the skies will be clear, and the winds have already shifted back to the south, so migrants should have a few days of good flying weather.

Both the weather and migration are becoming active. Prepare to see lots more birds in the coming weeks! 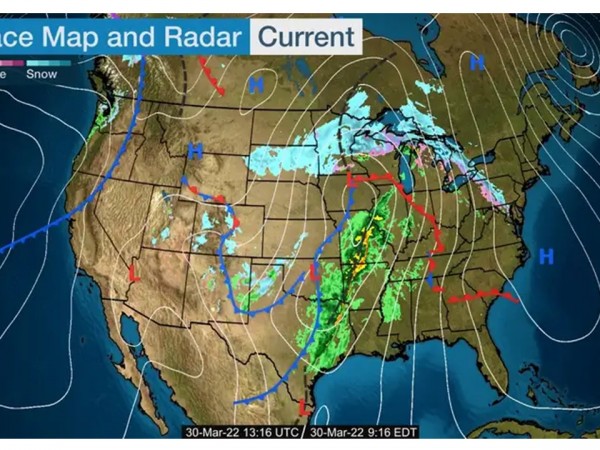 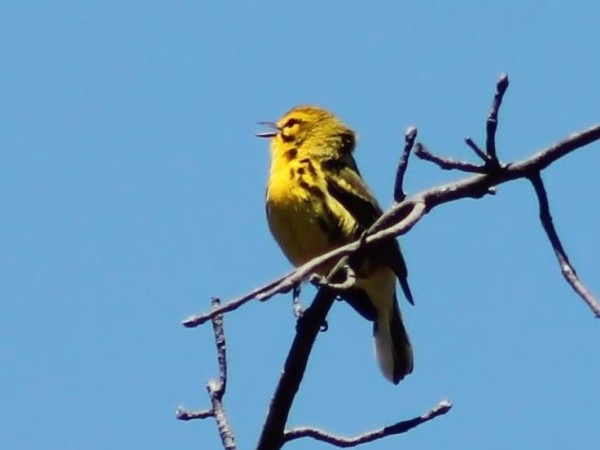 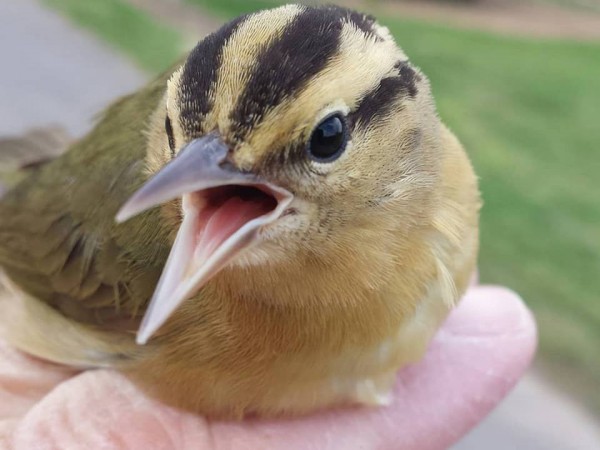 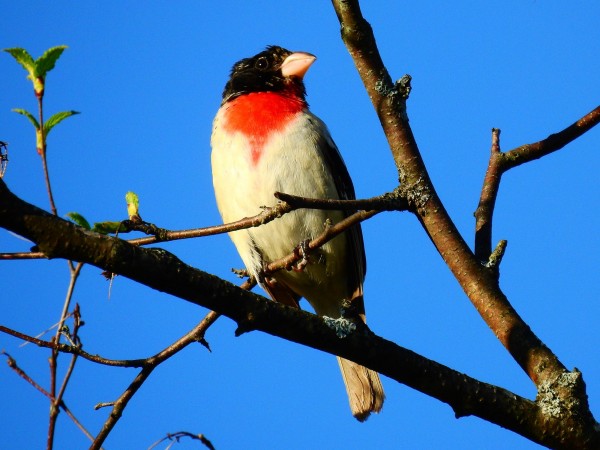