I always hope for a nice day on Monday with the sun shining and all the new birds singing and posing well for photos so I can report something special. Well, I don’t always get what I want. Today in the Arboretum it was brutal. I thought it would snow any minute this morning. The temp was about 40 and the sun never made a showing. The worst part was the wind out of the north. It’s still April and in Wisconsin we can still have some cold weather.

I used bird smarts today and wore my down feather jacket which kept me warm during my entire walk. One little bird I came across was a Ruby-crowned Kinglet. I heard its perky song first and then it came by to greet me. There must have been another kinglet around because it had it ruby colored crown up. I tried to photograph it but it was hard because it never stopped moving. Out of 40 tries I got one so so photo. Ruby-crowned Kinglets are one of my favorite little birds and they sing a song that is upbeat and I can hear it.

Later in the morning I found a Chipping Sparrow in the pinetum. When I saw it three days earlier it was a first of year (FOY) bird for me. It is still the only one in the area. There are still a few Pine Siskins in the pinetum too. I saw 4 today.

I didn’t see any Eastern Bluebirds today but I heard from Sylvia Marek, who has maintained and monitored the bluebird houses in the Arb for many years, that there are a few breeding pairs. Still the number of Eastern Bluebirds is still low. I hope more come soon.

From the Arb I next went to bird at HoNeeUm. There was not much new there. I did get a call from Ellen Hansen that there were three Great Egrets over at the southern end of Gardner Marsh. I rushed over there to see the three but when I got there the number was down to one.  It was at the far western pond down by Lost City Forest but it did stand still for photos. It is an all white bird similar in shape to a Great Blue Heron. During mating season it has special, fancy white feathers coming off its back and a green patch of skin in front of its eye. The green patch is obvious but the special feathers are not easy to see when not displayed.

While at the southern end of Gardner Marsh I also saw lots of Blue-winged Teal. They seem to be very numerous in the county right now. I also checked the heron rookery for Great Blue Herons. There were no herons standing on any of the seven nests. I could see the heads of a couple herons who are sitting on eggs right now. There could have been herons on eggs in the other nests too.

On Sunday I took a walk along Arboretum Drive from the Mills St. entrance to Redwing Marsh. I checked out the heron rookery but also noticed a pair of Osprey around the snag that a pair had built a nest last year and had young. As I continued to watch the Osprey I saw one carrying a stick to the same snag that was used last year for a nest. The high winds we had about a month ago had mostly blown down last year’s nest. It could be that the same pair is back and rebuilding the nest. I couldn’t get a photo of the pair this year but have included a photo of a pair of Osprey at its nest last year. I hope they are successful in rebuilding their nest this year.

Two other birds in the Arb are certainly worth mentioning. I’ve either heard and/or seen the Pileated Woodpecker in either Wingra or Gallistel Woods several times this past week. Sunday it flew over Icke Boardwalk and landed in the tall snag to the east. This individual is a female since it lacks a red bar on its lower jaw. Another first in the Arb was a Brown Thrasher singing at the top of a tree on the north side of the Visitor Center. It sings everything in doublets and projects its song well. I could hear it singing as I stepped out of my car in the parking lot. That’s another bird I really like.

That’s the bird report for the week.

For my last photo I’ve included a photo of a beautiful wildflower I saw at Big Spring. The bright yellow flowers of the Marsh Marigold against their lush green foliage really caught my attention so I thought I would share it with you. 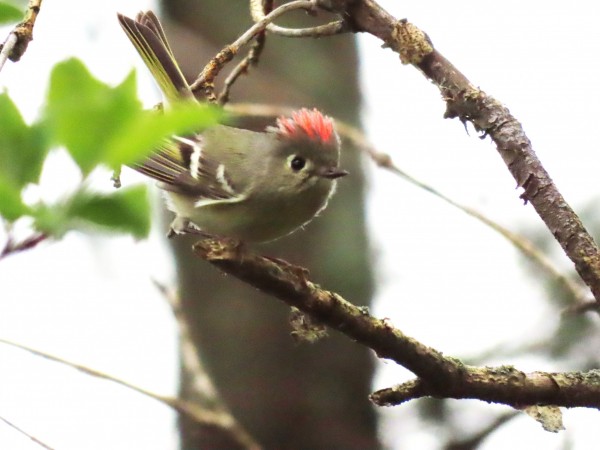 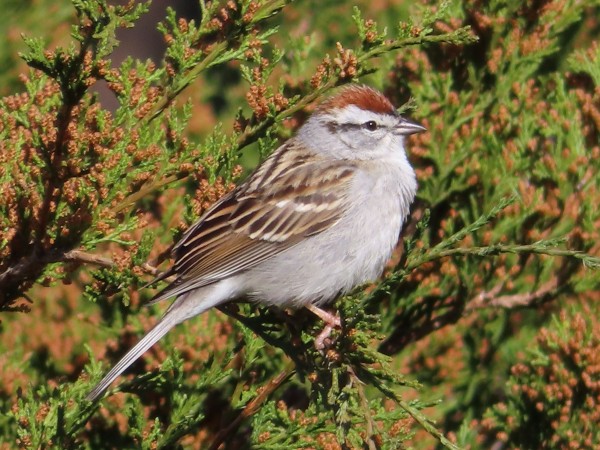 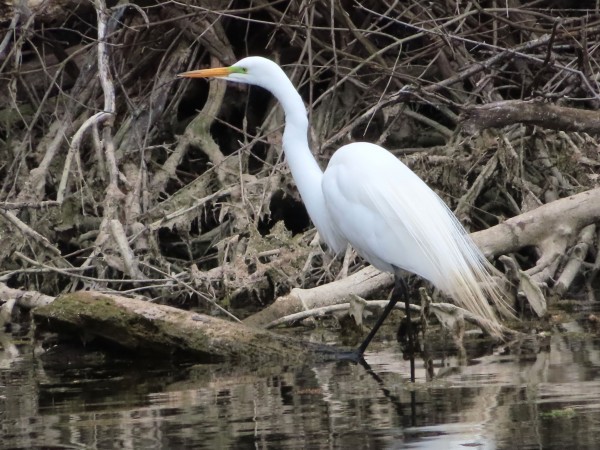 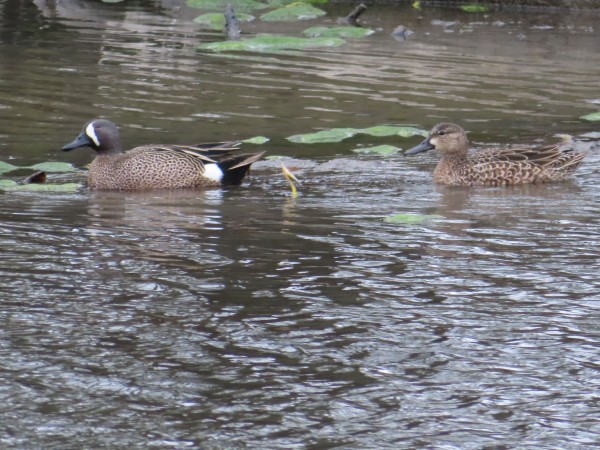 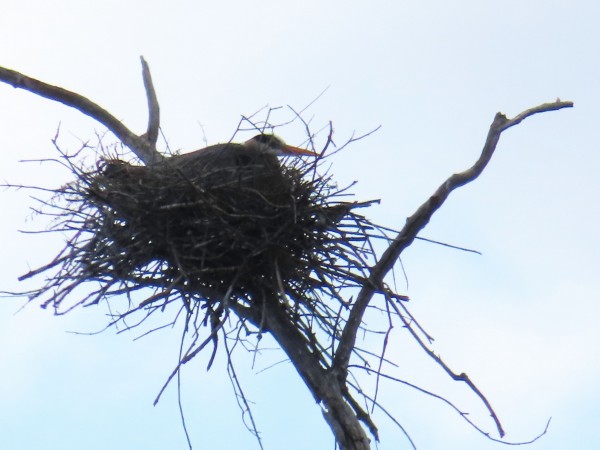 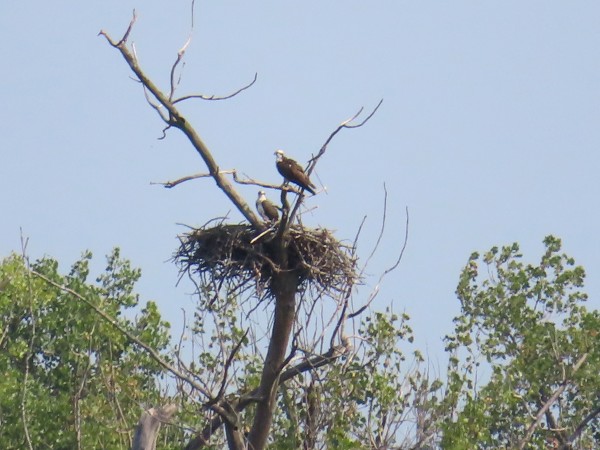 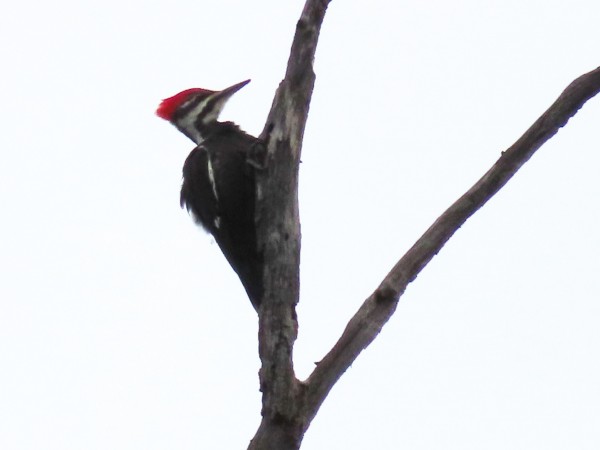 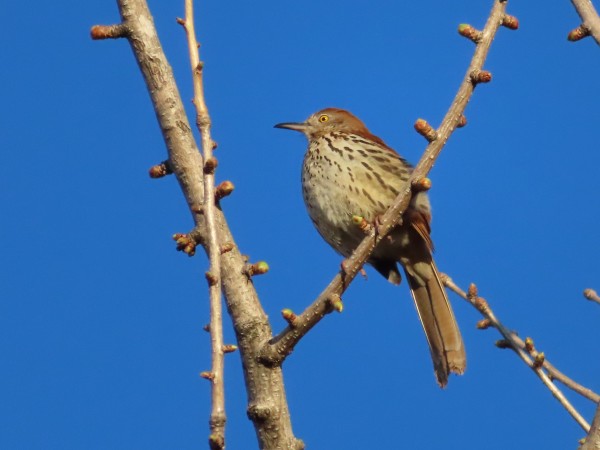 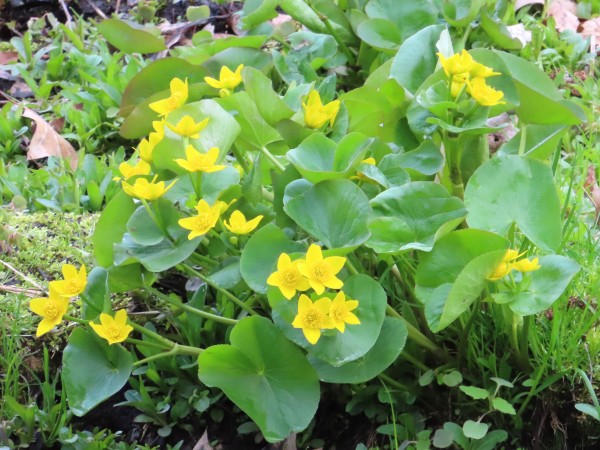