Again this week I hope that you are all healthy and spending a bit of your time out in nature as she reveals more of herself each day during the unfolding of spring. If you visit the Arboretum there are wild flowers blooming in Galistell and Wingra Woods such as Cutleaf Toothwort, Virginia Bluebell, Marsh Marigold, Bloodroot, Dutchman’s Breeches, Twinleaf and Trout Lily. Oh, that’s right, this is supposed to be a bird report.

New birds are arriving. The best birds I spotted in the Arboretum this past week were a Blue-gray Gnatcatcher and an American Bittern. The Blue-gray Gnatcatcher is a small gray and white bird with a distinct white eyering. They are constantly on the move like the kinglets thus very difficult to photograph. I always get photos of bare parts of trees and shrub where the gnatcatcher had been the second before. I saw the American Bittern in some bushes and grasses at the edge of Lake Wingra. They often hide in the cattails at the edge of water and camouflage themselves by extending their neck and head straight up to appear to be part of the cattails.

The two most numerous migrants this past week have been the Ruby-crowned Kinglets (RCKIs) and the Hermit Thrushes. I saw 33 RCKIs on April 26th and they were all singing.  They were all over the Arboretum apparently having a great time. Another migrant that seems to be peaking in numbers is the Hermit Thrush. One day I had 15 of them. Very soon both species will be gone from the Arboretum, having flown farther north.

Warblers, other than the Yellow-rumped Warblers that everyone has been seeing for the past month, are just beginning to show up. Reports of Pine, Orange-crowned, Palm and Yellow Warblers are just starting. I’m growing impatient so I hope more species come very soon.

Last Friday I had one of those rare moments in birding. I saw four species, rarely seen together, feeding on the ground in the woods in an area about four foot square and in one view with my binoculars. They were a Fox Sparrow, a Hermit Thrush, a White-throated Sparrow and an Eastern Towhee. Of course they dispersed before I could take a photo but still it was special.

Today it seemed that birds were collecting material for building nests. Several American Robins had beaks full of grass and mud. An Osprey flew over carrying a stick and a Black-capped Chickadee was collecting rabbit hair not from a rabbit (ouch!) but from a small piece of rabbit skin on the ground. I have attached a photo that I took several years ago of a chickadee pulling rabbit hair from coyote scat. The chickadee pulled so hard that it sat down on its back side with a beak full of rabbit fur. 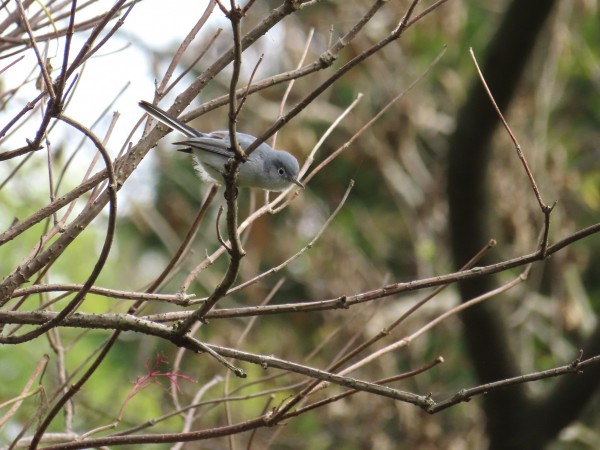 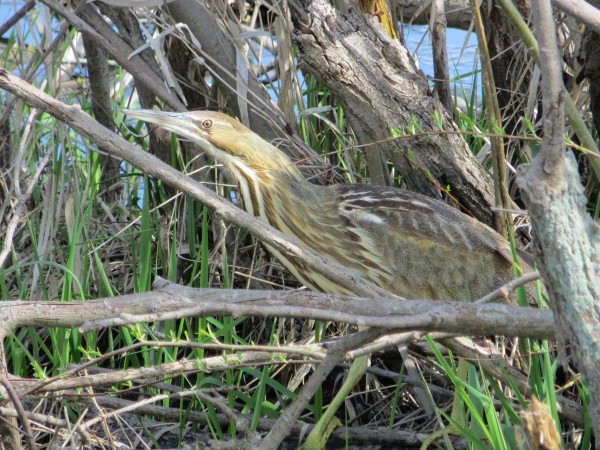 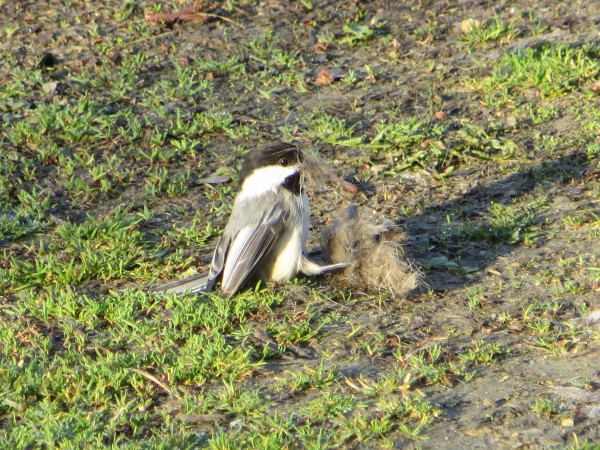