Tired of sitting around the house because of the pandemic? Now is the time to go out birding! There is an abundance of new birds to see and enjoy while practicing social and physical distancing.

In the past few days, especially Friday night, April 30th, the first big wave of migrating birds  arrived in Wisconsin!  What was my first clue? At 6:00 am on Saturday morning when I went downstairs to make my breakfast I looked out the kitchen window and saw a male and female FOY (first of year) Rose-breasted Grosbeak perched on the rim of our birdbath drinking water. They were stunning in the morning light. Later, I saw several new arrivals in the Arboretum.

The most impressive of the larger arrivals are the Rose-breasted Grosbeaks, the Baltimore Orioles and the Gray Catbirds. The male Rose-breasted Grosbeaks sport a black head and white belly separated by a spectacular red bib whereas the females are mostly shades of dark and light browns.  The song of the grosbeak is a flowing, musical sound like that of an American Robin who has had years of voice lessons. The Baltimore Orioles are plumaged in contrasting blacks and oranges. The males can be stunning red-oranges while the females are softer, gentler light oranges. Soon the orioles will be constructing their hanging-basket woven nests. The Gray Catbirds are mostly gray with a black cap. Occasionally the rusty feathers around the vent are a surprising sight. The catbirds have a lot to say and must be separated from the vocalizations the Brown Thrashers. Once in a while the meow of the catbird is a dead give away.

What thrill birders the most each spring are the small, colorful, quickly moving, insect eating warblers. Last year 30 species of warblers were found in the Arboretum. For over a month we’ve been seeing many Yellow-rumped Warblers and more recently we’ve seen a few other species like the Pine, Orange-crowned and Palm Warblers. During this recent wave 10-20 more species have suddenly appeared. I’ve only seen 10 new species but others have seen 15-20 new species. My list of 10 includes the Yellow Warbler, the Black-throated Green Warbler, the Nashville Warbler, the Black-and-white Warbler, the Northern Waterthrush, the American Redstart, the Common Yellowthroat, the Blackburnian, the Wilson’s Warbler and the Ovenbird.  I only have 20 more warbler species to reach the magic number of 30.

When birding in the early morning try to find sunny, calm areas where the insects will warm up and start flying around. More than likely that’s where the warblers will be feeding. Ideally we like to see warblers at eye level so we can see the upper and lower sides of the birds. That makes identification relatively easy. Often warblers feed at the top of the tree canopy and all you can see is their undersides which makes identification by eye difficult plus the pain of looking up constantly called “warbler neck” is not pleasant. I hope the other 20 birds come soon because I can see leaves forming on some of the trees and leaves make warbler finding much more difficult.

Good warbling to you all, 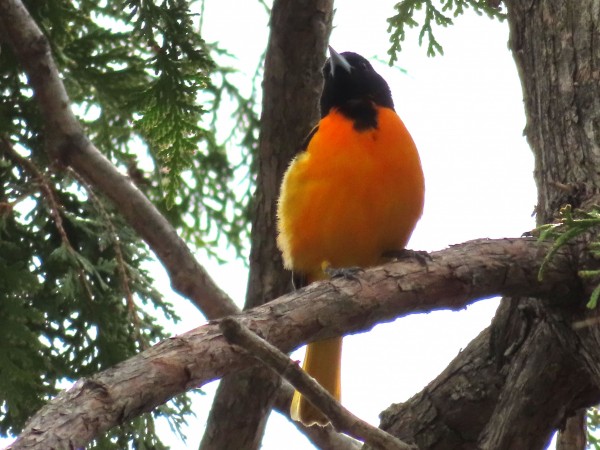 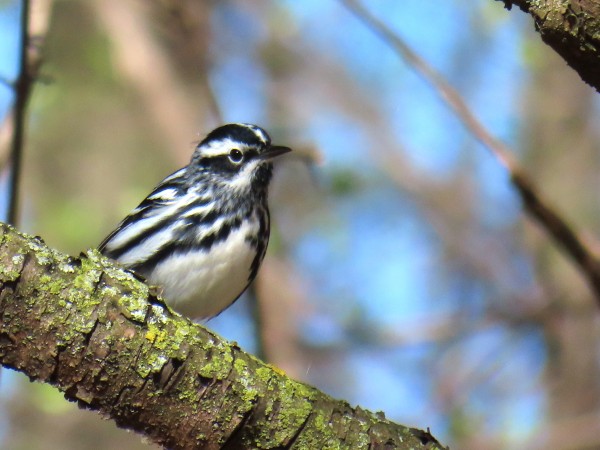 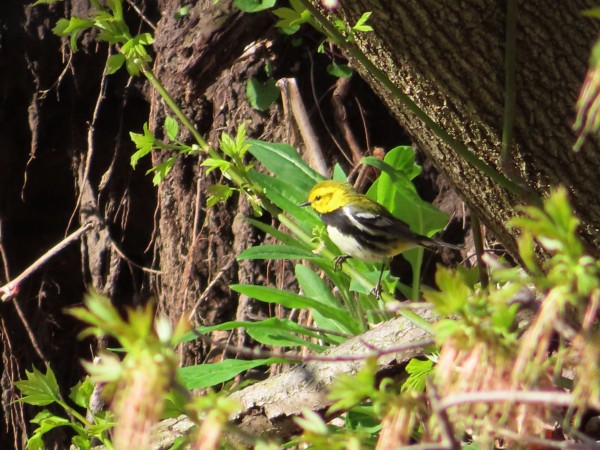 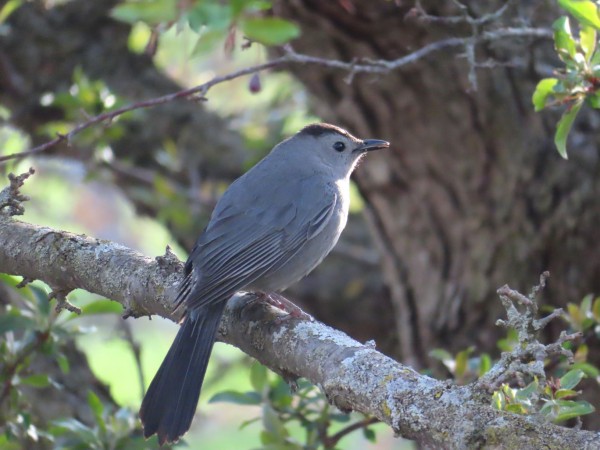