So what’s happening with the birds and migration in the Arboretum?

More and more species of birds have been seen by a large number of birders.  This is an exciting time and many birders are out there creating long lists of birds. All birders love to see warblers. I don’t have a long list of warblers yet but I keep trying to find more. Many of the warblers feed on insects that are attracted to the blooms of trees. The blooms are often high in the canopy. Looking at birds high in the canopy leads to lots of neck pain that birders call “warbler neck”. Also the addition of more and more leaves on the trees makes finding and seeing warblers even more difficult.

By the way Maples and Beach trees are fully leafed out while Oaks and Hickories are just underway. Birders always hope bird migration occurs before the trees leaf out. We don’t always get what we want.

The other day I stopped at Spring Trail Pond (aka the Duck Pond) and saw about 50 White-throated Sparrows. Most were singing their characteristic song. The mnemonic for their song is “Sam Peabody, Peabody, Peabody”. Sam was all over the area.

I walked into the edge of Lost City Forest and heard the flute-like sounds of the Wood Thrush. LCF is the best place in the Arb to find this thrush with its rusty colored upperside and its white underside with bold dark spots.

I always find Wood Ducks at the south end of Gardner Marsh. I haven’t seen any young yet but they should be out soon. The male Wood Duck is stunning so I can’t help posting photos of it repeatedly.

Since there are so many blooming trees like Crabapples and Redbuds in the Arb this time of year I try to find birds amongst the flowers. One of my favorites is the Blue-gray Gnatcatcher. It is small with gray and white plumage and a special white eyering. A photo of it in a Crabapple tree with flowers is included. I also saw a House Finch in a Redbud tree. It is a common year round bird but with a background of purple/pink flowers it really added punch to the photo. A second House Finch’s head is in the photo too.

On Sunday with the help of another birder I discovered a Mother’s Day special. I found a pair of adult Sandhill Cranes with two small young called colts.  A photo is included but they were hidden by the stems of last year’s wildflowers. The photo shows only one adult and one colt but the other adult and colt were just off to the left. It will be fun to watch them grow over the summer and fall.

I have been watching the Red-tailed Hawk nest for several weeks now. Again on Sunday I thought I saw a fluffy headed nestling. I’m not sure but maybe they were part of the Mother’s Day celebration. I will be watching the nest closely for more evidence of hatching and nestlings.

The last photo is a weird, special one. I saw it in another park and just couldn’t resist taking a photo of it. First look at the overall image and guess what bird it most resembles. Second enlarge the dark structure in the middle and guess what that looks like. Lastly, what is the structure I took the photo from? I will reveal the answers next week. 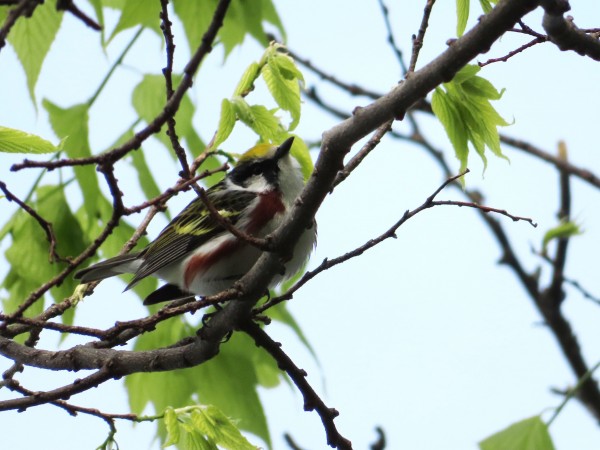 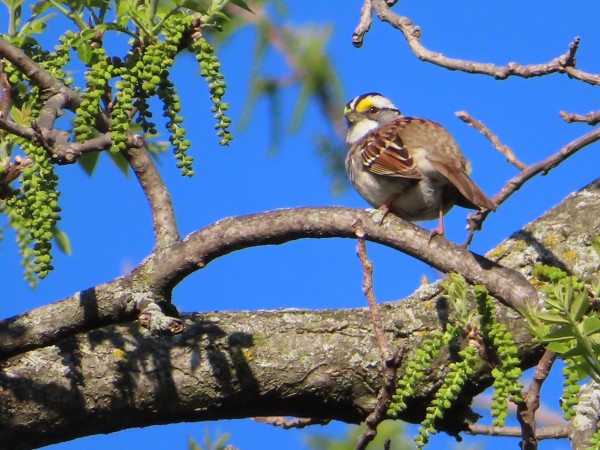 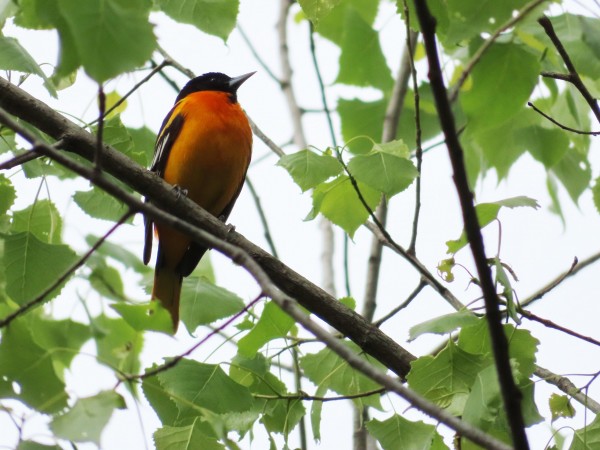 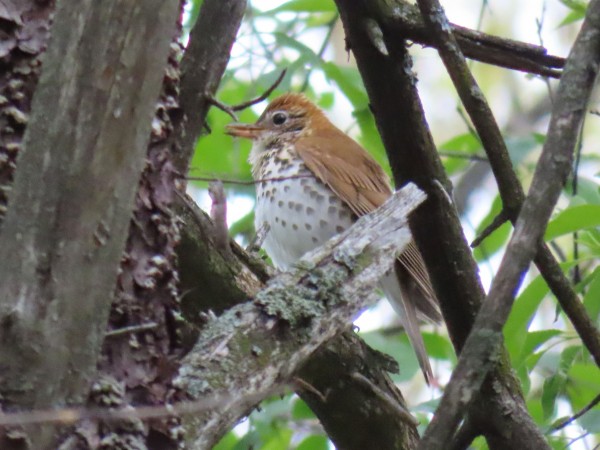 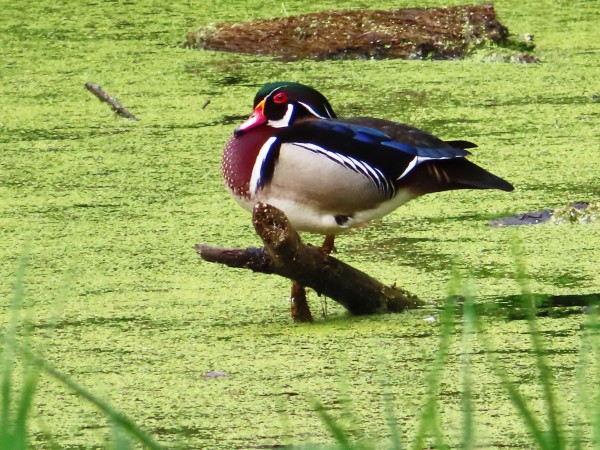 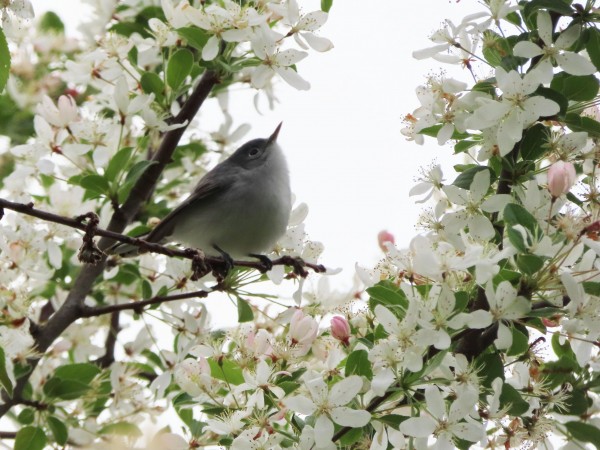 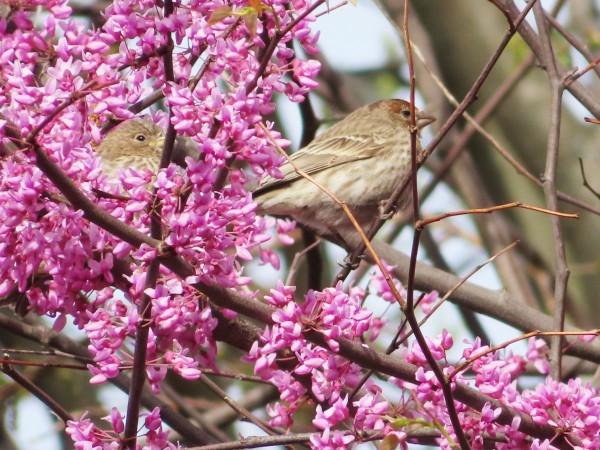 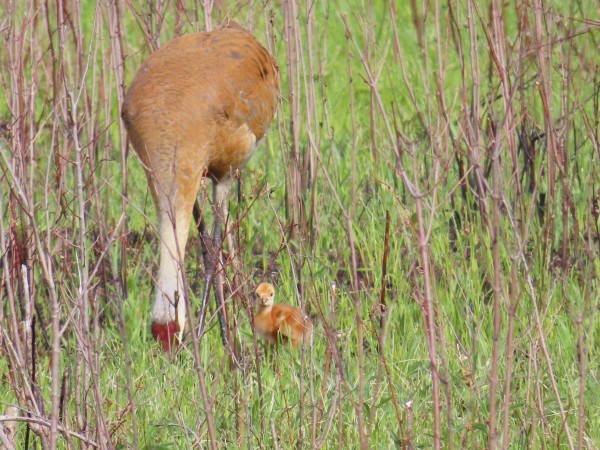 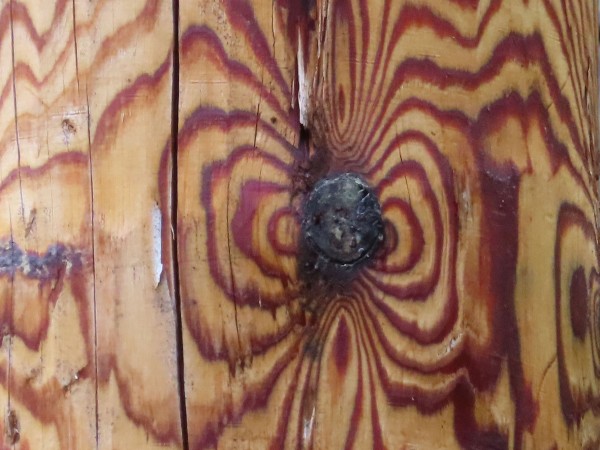