Warblers are still arriving. There are always a few that routinely arrive later than others. I’m sure some birders have seen over 30 species of warblers. I just reached 26 today with the addition of a Black-throated Blue Warbler, a Bay-breasted Warbler and a Cape May Warbler. If you’ve never seen them before Google each one and choose “images” when the choices come up. Then take a look at all the photographs. They are beautiful birds.

Besides warblers another group of birds have been arriving over the past 2-3 weeks and they are the vireos. The Blue-headed Vireo was initially seen in the last week of April. A unique feature of this bird is the spectacles it wears. Spectacles are white eye-rings connected to each other by a white bar extending over the top of the beak. The Red-eyed Vireo which I found in the Arboretum today sings in short phrases in clear tones such as: “here I am… up here… in the tree…”….  It will singing that song in the woods most of the summer. The Yellow-throated Vireo sings the same song as the Red-eyed but with a gravelly voice. The poor thing sounds like it has a sore throat. The last more common vireo is the warbling vireo. I often hear them singing in the tops of the cottonwood trees. They are quite plain looking and sing a continuously rising song to my hear.

I saw a leucistic American Robin a couple days ago.  It had patches of white  (leucism) in various parts of its feather coat. It is not an albino. It was collecting grass for a nest. Maybe it will pass this mutation on to its offspring.

There was an Indigo Bunting in the prairie this morning. He male was in full indigo blue plumage. Impressive!  By the way, the female looks completely different and has light cinnamon colored feathers.

I hope all of you are able to find and enjoy seeing some of these birds.

Good birding to all, 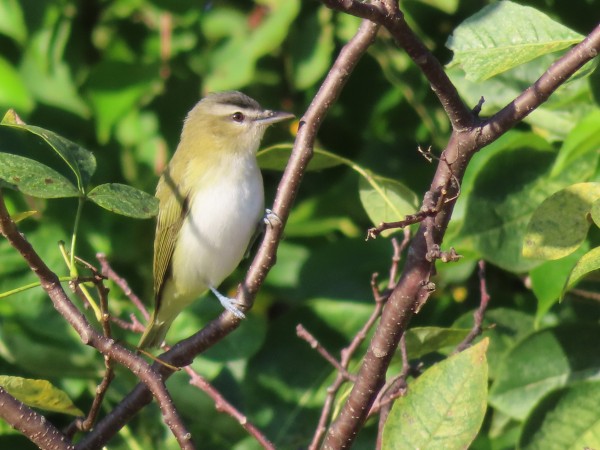 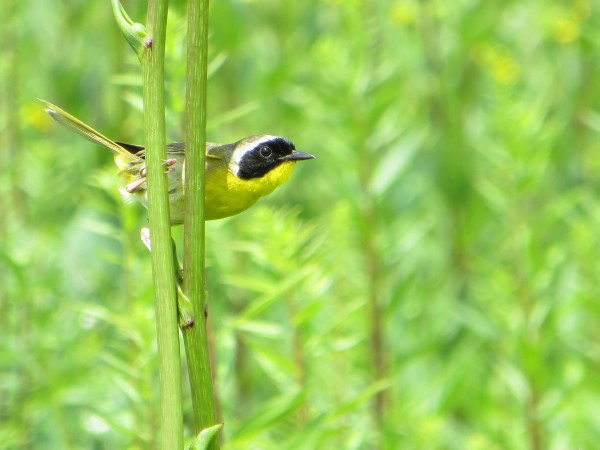 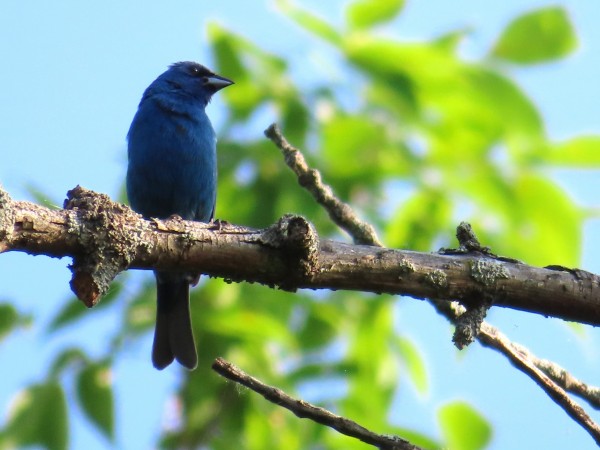