There are many changes in the birds in the Arboretum. Some new birds are still arriving and some of the birds that arrived over the past couple weeks have left and continued their journey north. The habitats in the Arboretum are changing too. The trees are mostly leafed out. The flowers on all the crabapple trees have mostly faded and turned to fruit. The wildflowers are changing and new ones are beginning to bloom. The cottonwood trees are losing their “cotton” creating a snow storm of white fluff covering everything. The green inchworms are hanging from the trees like balls on a holiday tree. The inchworms look like they are floating in air but a thinly created strand suspends them. Many birds are carrying these worms back to their new nestlings.

On last week’s walk our group saw both the male and female Indigo Bunting. They look so different you wouldn’t know they are the same species just different sexes. I showed the male in its brilliant dark blue plumage last week. I’ve included a photo showing both the male and the female. The female is often all covered by cinnamon-colored plumage so different from the blue of the male. It took me quite some time before I recognized the female.

Recently I’ve heard a lot of flute-like calls from the Wood Thrushes in Lost City Forest. They sing such a beautiful song which often includes the phrase ” E O Lay”. Their rust color is bold on the upper side and white with dark spots on the underside.  A photo is included.

For the past week and a half I’ve heard and sometimes seen a Scarlet Tanagers singing in the area from Icke Boardwalk to Juniper Knoll and all the way down to the area around Pond 2. I included a photo of a mature male in its bright red and contrasting black plumage in last week’s report. Two days ago I heard a Scarlet Tanager singing a typical Scarlet Tanager song but I was able to see the bird, it was orange and yellow with black wings and tail and also a gray beak. This was a Scarlet Tanager undergoing molt. It was an impressive color.  A photo of the bird is included.

I’ve been watching the Red-tailed Hawk nest almost daily. There has been one nestling in the nest for over two weeks but a few days ago to my surprise I saw a second nestling. It may have been there all along but the nest is deep so I may have just missed it. I’ve tried to take a photo when both of their heads are above the top of the nest but have failed. The included photo shows an adult and one nestling. It will be fun to watch them grow.

I saved the best bird for the last. As I finished my walk today and was returning to my car I had a big surprise. I hadn’t seen the two adult Sandhill Cranes with their two colts since May 9th when I first photographed them. Others had seen them a week later but no sightings since then. As I walked up the path just south of the metal sculpture of the crane, there they were, the four Sandhill Cranes, two adults and two colts on the grass. I was stunned and overjoyed that the colts were alive and had grown a lot. I’ve included a photo of them. I’ll bet they will soon be strolling and eating out on Longenecker Garden soon.

Okay, I have one more photo. This one was not seen in the Arboretum but was seen in Dane County. It is a Dickcissel. It is another striking bird who lives on the prairie. Its song is a simple “dick, dick, dick” but its plumage makes up for its simple song.

That’s the bird report from the Arb this week. 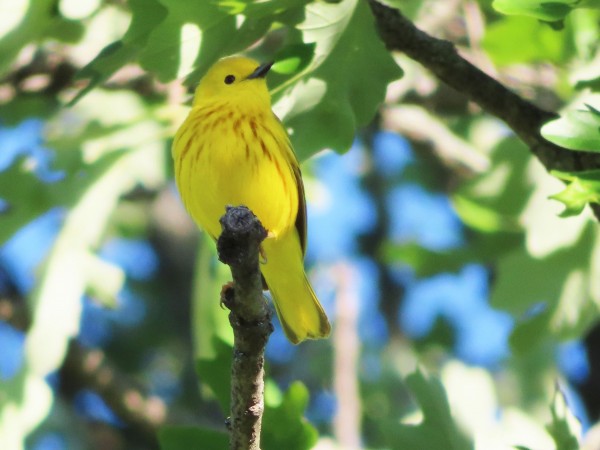 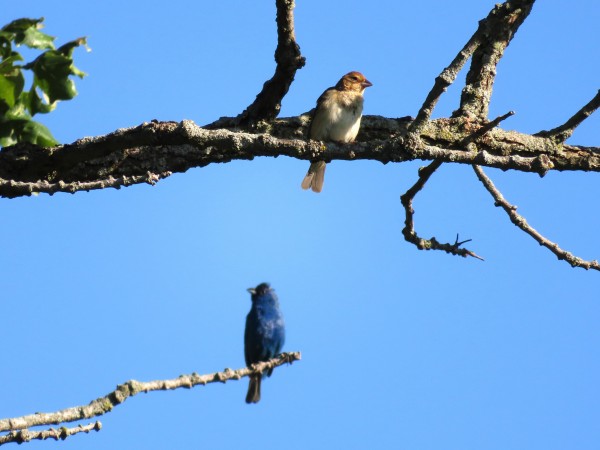 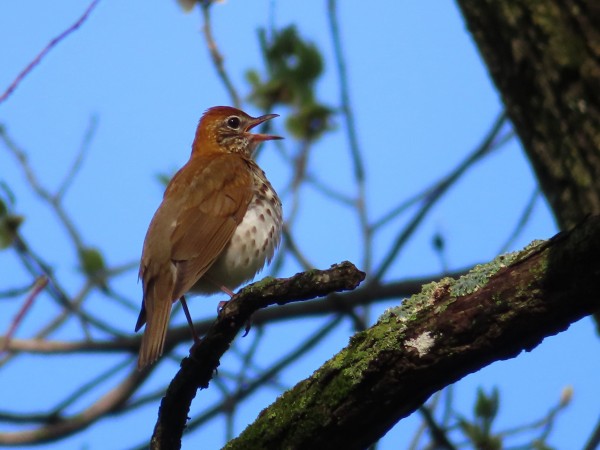 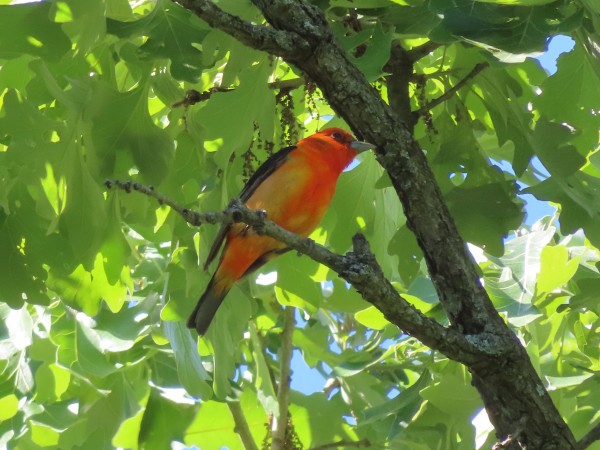 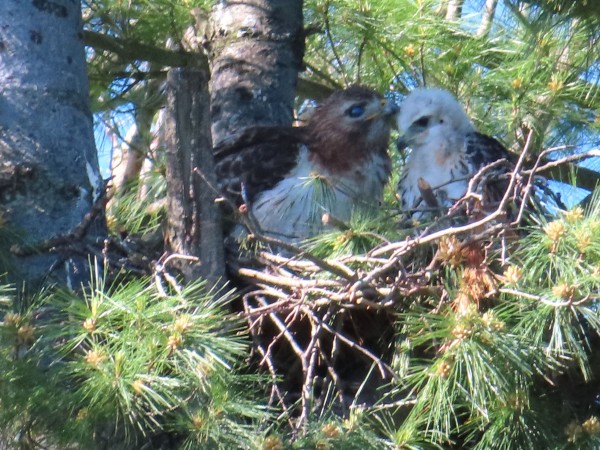 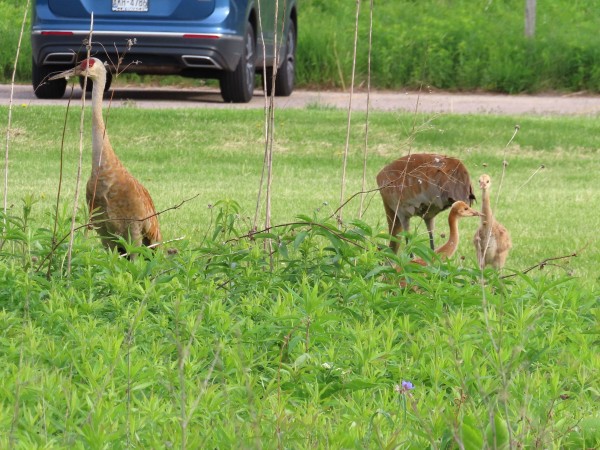