I’m not sure how to start this message. The news these days is really difficult to absorb but I hope we all can take occasional breaks from this and find joy in nature. Not only are the birds active and singing but the trees are leafing out, the wild flowers are opening up and more are coming, the butterflies are appearing (I’ve seen several Monarchs this past week) and various frogs are singing. This is the good news!

What’s happening in the bird world?  My sense is that bird migration has pretty much come to an end. Of course there are always some stragglers who will arrive late but the big push of new arrivals has ended. Some migrants will stay locally until fall while many migrants will fly farther north.

Of the 30 species of warblers that arrive in the Arboretum each spring only three species stay to nest and raise young. They are the Yellow Warbler, the Common Yellowthroat and the American Redstart.  In past years we’ve also had the Hooded Warbler stay the summer but last year and this year it is not here. I checked for the Hooded Warbler but could not find it.

I saw one of my favorite birds in the prairie today. There was a pair of Eastern Kingbirds feeding on insects. They typically flutter out from a perch, grab an insect and return to the perch again. They are handsomely decked out in black and white. A photo of the pair is attached.

From migration we next turn to birds seen showing courtship behavior, nest building, egg laying and raising young.  During courtship males show various behaviors. Of course there’s always a lot of chasing. The display behavior really obvious in Wild Turkeys is impressive but doesn’t seem to impress the females very often. Woodpeckers do a lot of bowing side to side to woo their potential mates. Cowbird males spread their wings and bow almost falling off their perch on a branch to attract a female. I’ve also noticed a variety of males eating food and then feeding it to a likely female mate.

I’ve observed several species carrying nest materials like herons and osprey carrying sticks, robins carrying grass, swallows carrying mud, orioles carrying plant fibers and hummingbirds collecting spider web silk. It’s really fascinating to watch birds build nests with these materials. I watched a female Baltimore Oriole collect plant fibers by tugging on strips from plant stems and then weaving them into a hanging basket type of nest. A photo of completed nest is attached. I watched a female American Redstart put the finishing touches on her nest. She would sit in the nest and wiggle a bit presumably trying to make sure it fit just right. A photo of her and the nest is attached.

I checked the heron rookery this morning. I saw 8 nests in the rookery. There were 10 Great Blue Herons each standing on or near a nest and I could see the heads of 2 herons lying down on the nest presumably sitting on eggs.  Some time ago I took a photo of a Great Blue Heron who appeared to be jumping from one nest to another.  It reminded me of a famous photo taken by a Wisconsin Dells photographer, H.H. Bennett, who photographed his son jumping from one rock formation to another in 1886. (I just can’t help it sometimes.) I combined the two photos as side by sides and it is attached.

I’ve attached two more photos of birds not from the Arboretum but just because I like the birds.  One is of a Bobolink I saw at Erbe Grassland.  The other is of a flock of American White Pelicans with a Great Egret hidden among them.  That was taken at Nine Springs.

Get outside and immerse yourself in nature. 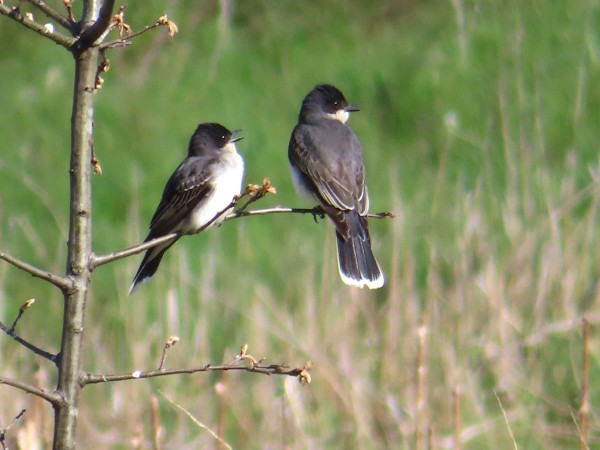 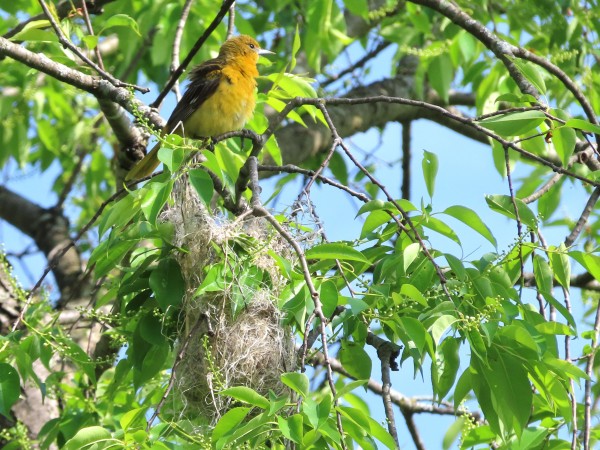 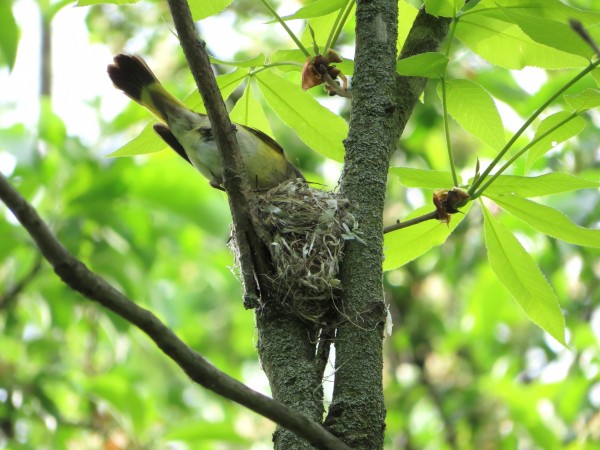 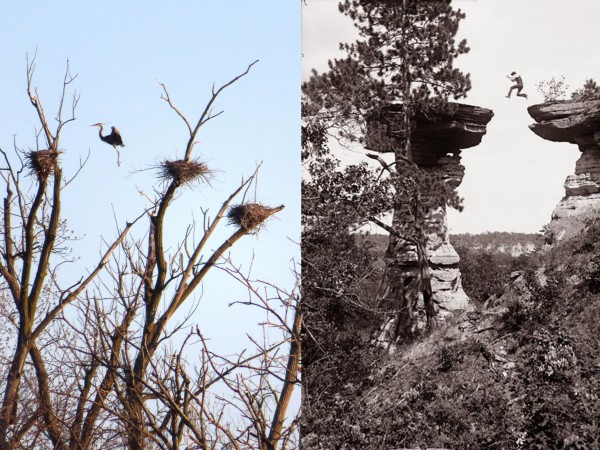 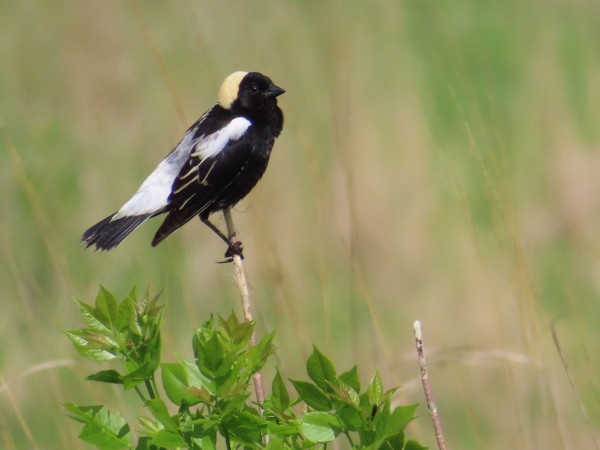 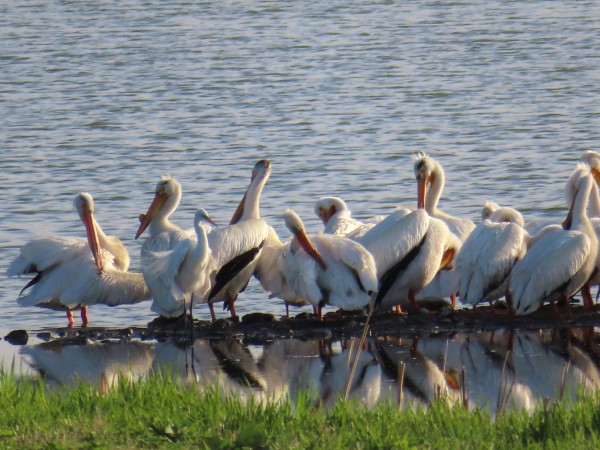