In my opinion bird migration has mostly come to an end. There may be some stragglers who can still arrive but there haven’t been many this past week.

Last Tuesday my group came across a bird whose song I didn’t recognize. We found it down by Pond 2. It would sins one version of its song and then, all of sudden, change and start singing something completely different. It stayed hidden in the leave of the trees and bushes as it move north next to the trail. We finally saw it and it was a White-eyed Vireo which meant its iris was white. We followed it for some time but never got views for photographs. I finally let my group go to the parking lot telling them I would still try to get a good photo. After at least a half hour or more the vireo came out into the open long enough to get a photo. It is included. I hadn’t seen or heard one for several years.

Speaking of vireos I often hear the Red-eyed Vireo singing in the top of the canopy of leaves in the woods. I seldom see one however one came out into a lower location for my group to see so I was able to take a few photos. One is included. It has a gray cap, white eyebrow, black eye-stripe and red eyes. The red eyes are difficult to see unless the light is right.

Another vireo that is often hidden in the leaves of the Cottonwood Tree is the Warbling Vireo. Its most striking feature is the lack of any marking on the face. The face is unmarked by lines or stripes. A photo is included.

Late in the morning a couple days ago I came across a bird I never see in full daylight. It was an American Woodcock. I only see them after the sun goes down and they fly up from the ground and fly tight circles in the sky. You never get to see their true colors in the dim light. When I saw it in the daylight I could see its long beak, black and white horizontal stripes on top of its head, rusty breast and belly and darkly streaked upperparts.  A photo is included.

I had a Pileated Woodpecker fly by me this morning. It’s always a thrill to see the Pileated. It landed in a tree directly ahead of me. A photo of it is included.

Two large species of birds I’ve been watching closely have been the Sandhill Cranes and their young called colts and the Red-tailed Hawks and their nestliing young. I saw the Sandhill Cranes this morning. Interestingly there was only one adult walking with and feeding the colts. I wonder what happened to the other adult. A photo of an adult and a colt is included. The nestlings of the Red-tailed Hawks have been in the nest several weeks now. They have really grown. Two days ago one nestling ventured out on a nearby branch.  Yesterday two nestlings walked out on branches adjacent the nest. Today both young were out perched on branches. They are now officially fledglings. They seem to return to the nest probably to sleep in over night. I look forward to seeing them fly and capture their own food. One of the fledglings is pictured in the included photo.

On my walks in the Arb this past week it seemed that I saw more butterflies and dragonflies than birds. On Icke boardwalk I had a butterfly land on my pants and then move to my shirt. Finally I put out my hand and it moved to it and started probing my hand with its proboscis. I suspect it was taking up some salt from the sweat on my hand. I’ve posted a quiz butterfly that I took several years ago that had landed on my hand. If a butterfly ever comes near you, put out your hand to see if it lands on your hand. Sometimes you get lucky and it does. See if you can identify the butterfly. I’ll give the answer in next week’s report.

That’s the report for this past week. 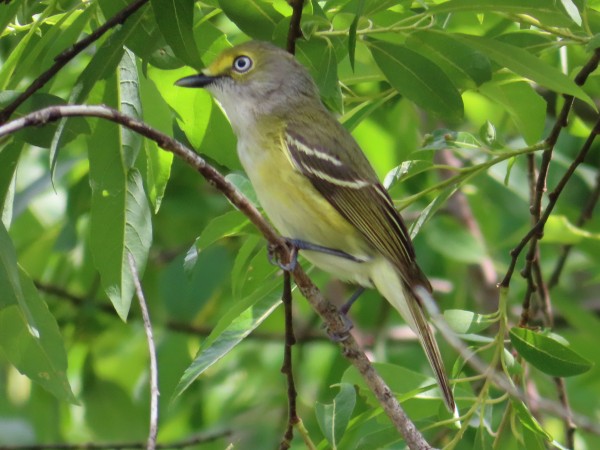 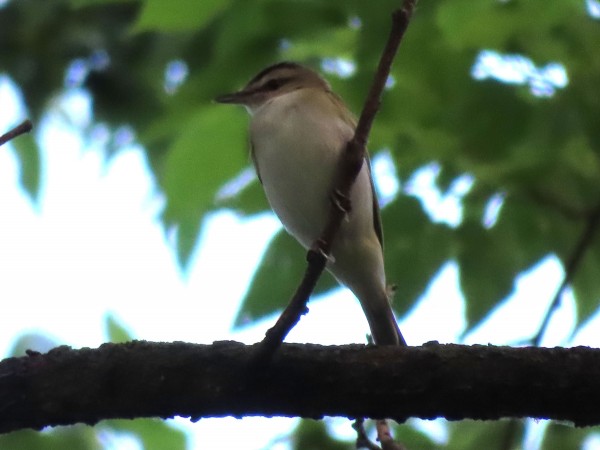 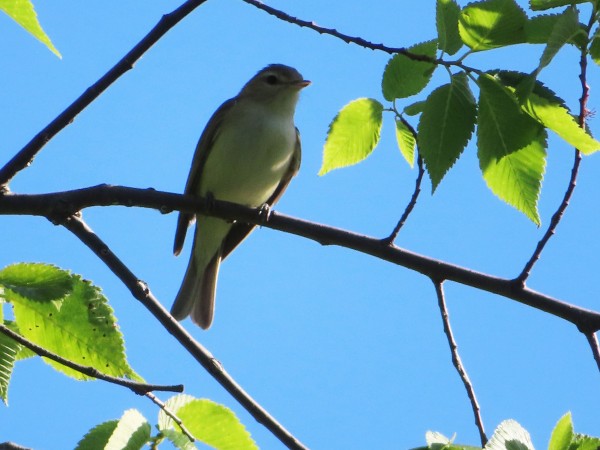 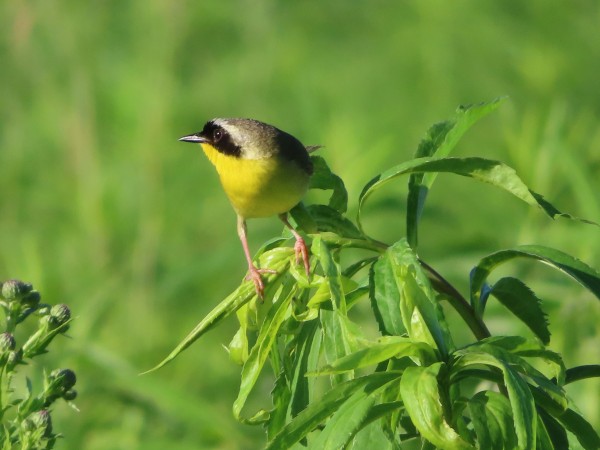 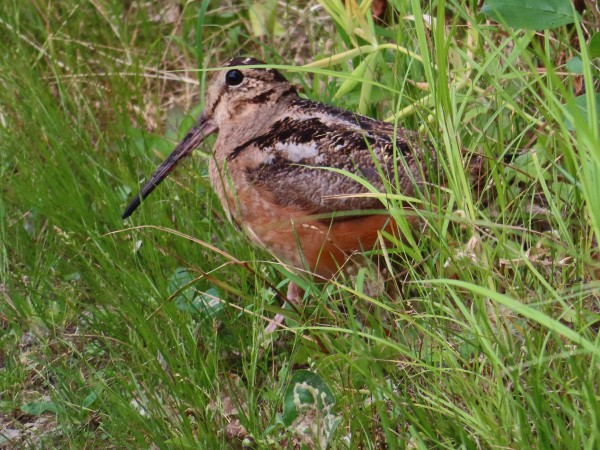 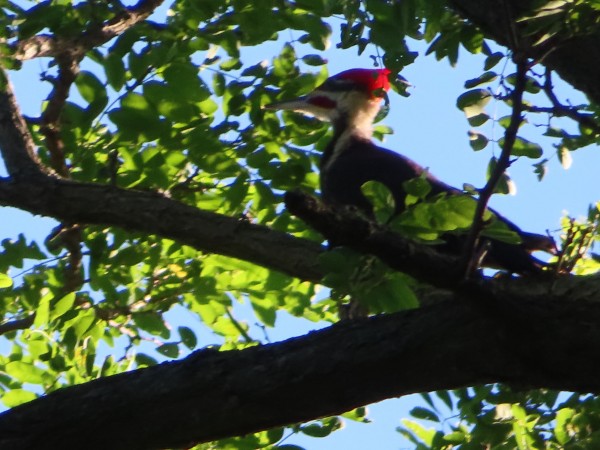 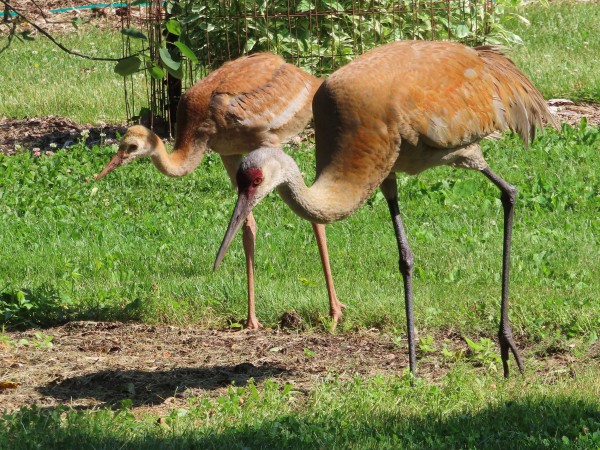 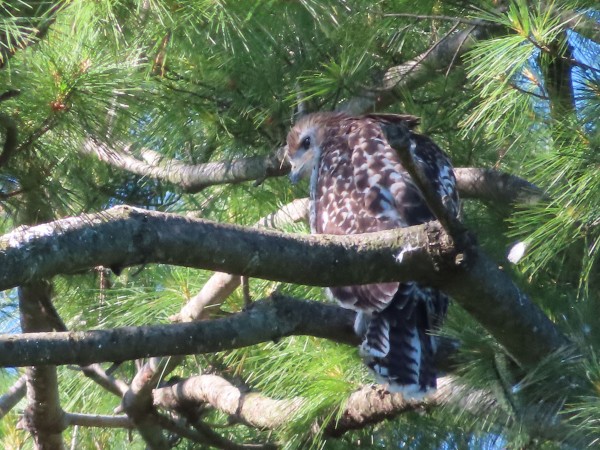 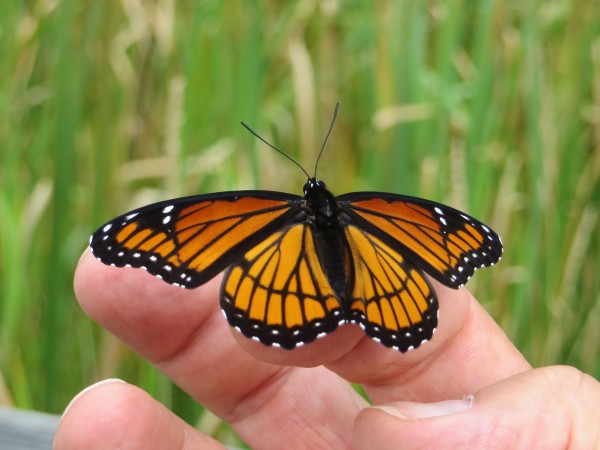