I found another nest. This time it was the nest of a pair of Eastern Kingbirds. This pair built their nest in a tree next to the water at the southern end of Gardner Marsh along Carver Street. I remember seeing a pair building a nest in the same tree several years ago. They can fly almost straight down to pick up insects over the surface of the water. An attached photo shows one of the Eastern Kingbirds perched on a branch a few feet from the nest.

From that same tree I can see the Great Blue Heron rookery that consists of 8 or possibly 9 nests. There were 15 nests last year. So far I’m seeing only about 12 or so adults and nestlings. One nest has 4 nestlings in it. If the parents sleep with the kids, that is one crowded nest.

I saw another nest while looking in the vicinity of the heron nests. Farther east of the rookery I saw an Osprey nest. I actually saw a flying Osprey carrying a 3 foot stick and then add it to its nest. I think this nest is special because it was actually built in a natural snag instead of a cell tower or man-made platform like all the other Osprey nests that I know of. A photo of the nest with an Osprey perched above it is attached.

I’m also beginning to see fledglings and immature birds flying around and some being fed by their parents. I’ve seen a young Gray Catbird without much of a tail, American Robins with speckled breasts and bellies and dull black Common Grackles. A couple days ago I saw a young Sandhill Crane (called colt) with its parents. I was able to get a photo of it running and flapping its wings. It’s unable to fly but practices a lot. The photo is attached.

Today I saw an Eastern Phoebe feeding two fledglings perched in trees near the water. The adult would fly in, land next to the fledgling and quickly jam an insect into the fledglings wide open beak. The attached photo shows the adult and fledgling one second after feeding.

Another behavior that is common this time of year is adult birds flying directly at you if you get too close to their nests. The Barn and Tree Swallows love to harass me this way. Or the Red-winged Blackbirds are especially loud scolders and sometime attackers if you’re too close to their nesting sites. My last photo is a side by side of two photos showing the male Red-winged Blackbird scolding me in one and then the female scolding me in the other.  Okay, okay, I get the message.

I hope you are out observing some of these same acitivities.

Read Pivotal Pollinators: Small in Size, Large in Impact to find out more about the importance of pollinators and why Journey North will celebrate Pollinator Week not just June 22-28 but all summer long. 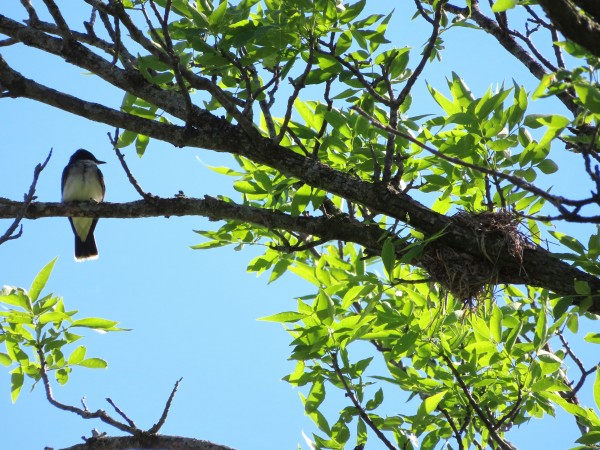 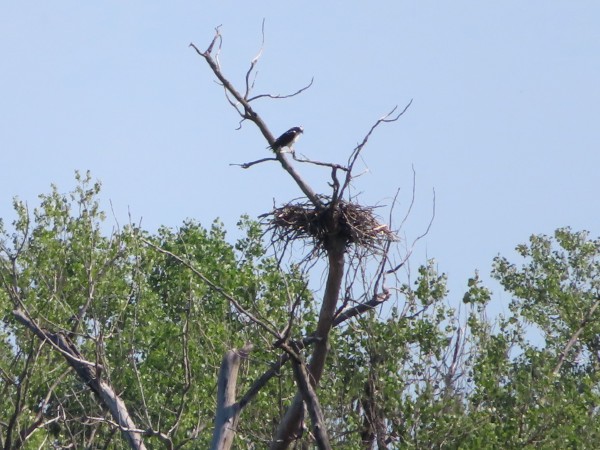 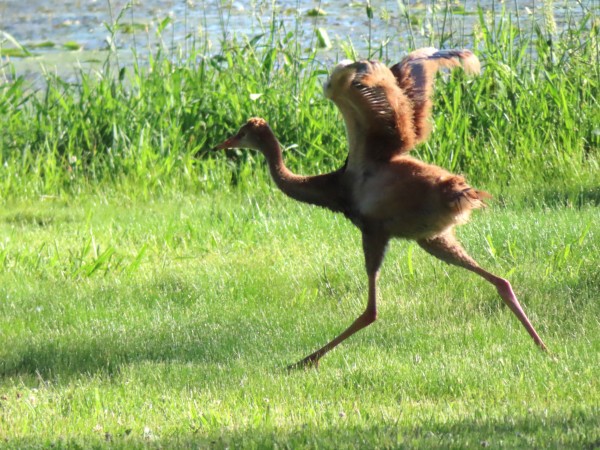 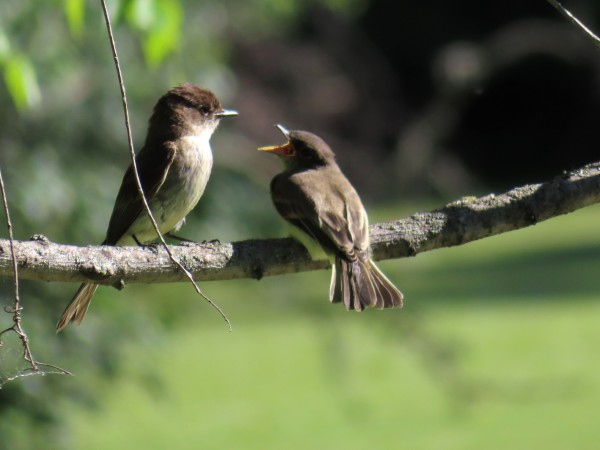 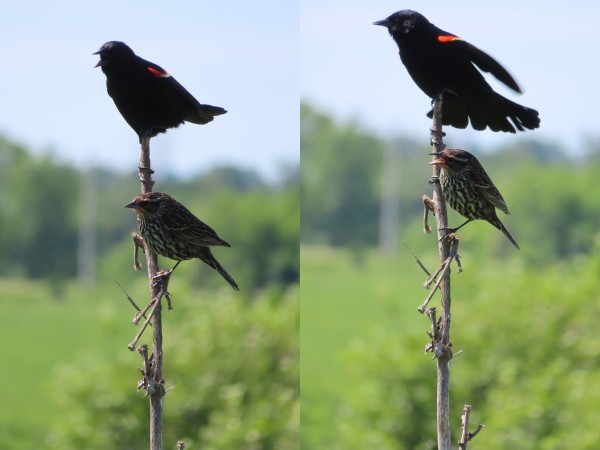 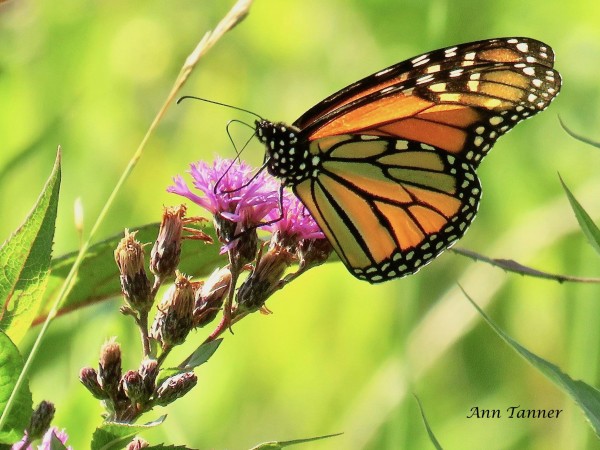