Let me start the bird report with nonbird information about the Arboretum. There were lots of new wildflowers appearing in the Arb this past week. I’m especially impressed by the number of Common Milkweed plants blooming in the Arb. They are so important for the Monarch Butterflies and their life cycle. Other impressives plants are the Butterfly Weeds and their brilliant orange flowers, the Compass Plants with their tall stems and large yellow blooms. There are many others too.

Other noteworthy plants are those that help feed our birds. The Mulberries are beginning to ripen so look for lots of birds feeding on the berries and also leaving unwanted gifts on your cars. Serviceberries are ready to eat too. Elderberries are in bloom but it will be a while before they produce

On Mondays I always try to find something special to add to my bird report. I lucked out and found our special family of Sandhill Cranes - 2 Adults and 2 Colts feeding in the shrubs of Longenecker Gardens. What they were feeding on was really a surprise to me. It was a good sized rodent that I thought was a mole. I’ve seen the cranes swallow mice and voles whole but the mole was too big for that. The adult was whipping it from side to side, dropping it on the ground and jackhammering it with its beak. It would then pull bits off and feed it to the colts. It was quite a sight. The other impressive observation was how large the colts have grown since I saw them last, about 2 weeks ago. A photo is included.

One of the birds I see often perched on a 15-20 foot snag is a Ruby-throated Hummingbird. There is always one waiting for us in the Visitor Center parking lot. It’s always a male and all the ones perched like that are males surveying their territory. Photo included.

We usually have three species of warblers nesting and staying the summer in the Arb. They are the Yellow, Common Yellowthroat and American Redstart. I see the former two often but this year have not seen one in the main Arboretum. A photo of the Yellow Warbler is included.

I birded the Grady Tract a few days ago. If you want to see Eastern Towhees that is the place to find them. They nest there. I love their song:  “Drink your tea….”  Other times they call with a nasal “SchwanK” sound. I was lucky enough to see and photograph both a male and a female. Both photos are included.

Another favorite bird of mine is the Indigo Bunting. The blue color is a close rival to the blue of the Eastern Bluebird. However the male Indigo Bunting is all one color blue, striking! The Indigo Buntings can be found between the Visitor Center and Teal Pond. Every once in a while I’m lucky enough to see the cinnamon colored female but it is rare. A photo of the male is included.

I have been seeing an Eastern Kingbird recently on the trail to Pond 2. It is a sharp looking flycatcher with black above and white below. It also has a white band at the end of its tail. It has a fluttery flight habit too. A photo is included.

I’m really excited to hear and sometimes see the Scarlet Tanager. It has been hanging out in Gallistel Woods between Icke Boardwalk and Juniper Knoll for several weeks now. I hope it found a mate and is nesting in the area. That would be very special.  A photo of a male is included.

The Red-tailed Hawk fledgling must be out flying now. I haven’t seen them in or near the nest recently. I heard them calling yesterday. It sounds like a cry for food which the adults may still be providing. If you see them out flying they don’t have the rusty red tails but instead a brown tail with numerous, dark brown to black horizontal bars on them.

My last photo was not taken in the Arboretum but in Dane County. It is of the Bobolink. To me it is a striking bird but I especially like the song it sings particularly while flying. To me it is the tinkling sound of a tiny bell.

That’s the bird report for this week. 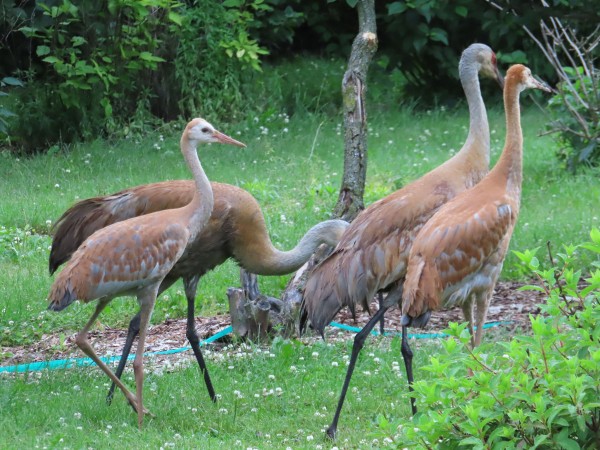 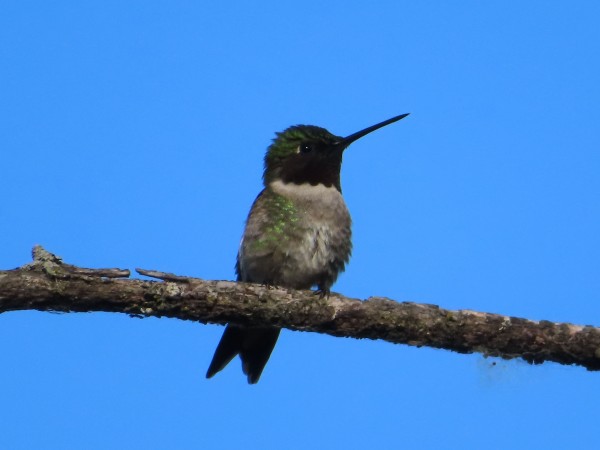 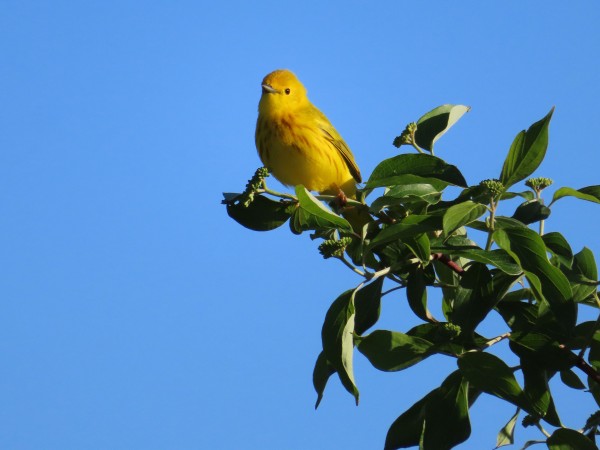 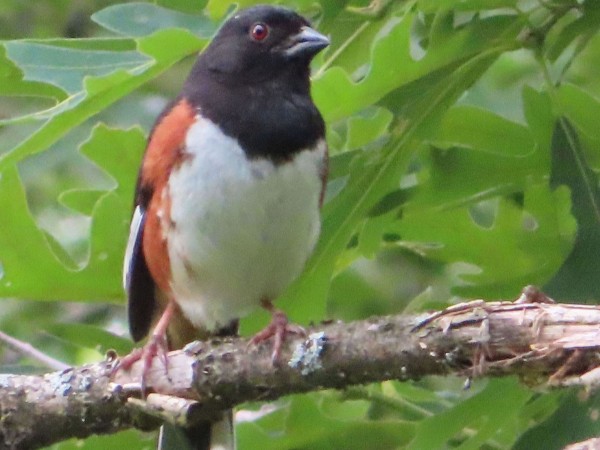 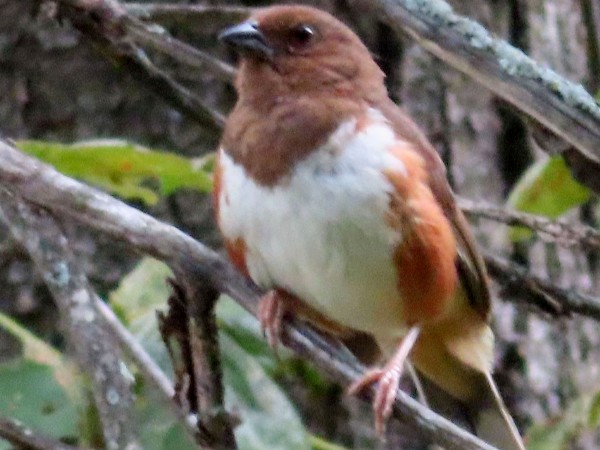 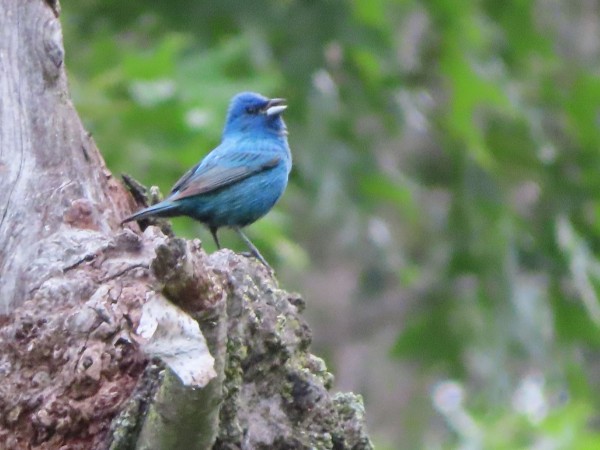 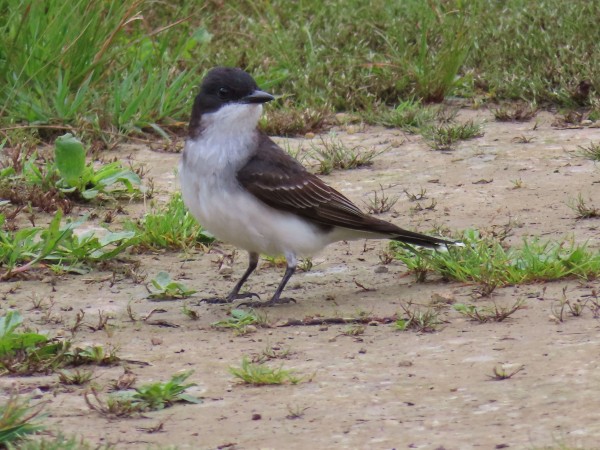 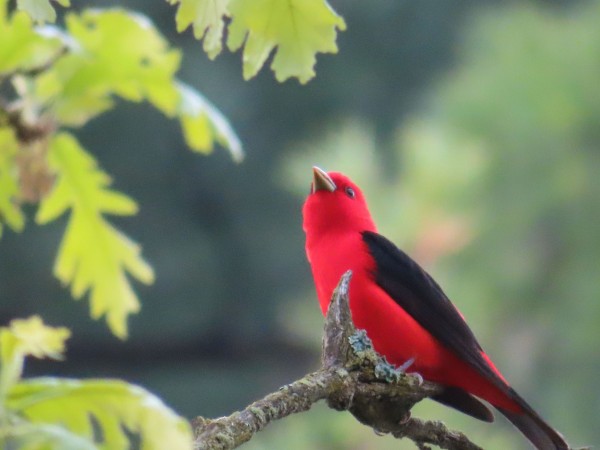 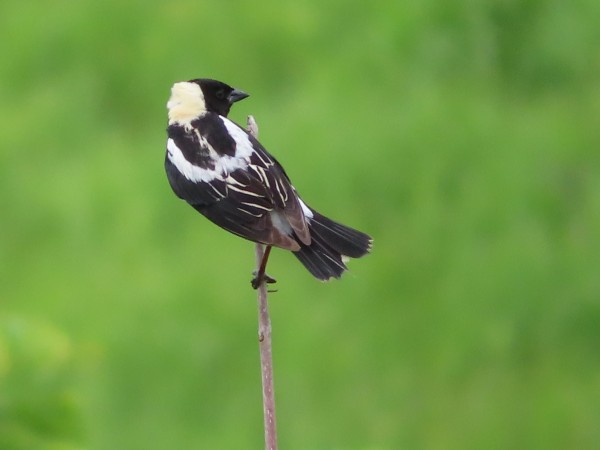