The summer solstice was June 20th and tomorrow is June 30. Have you noticed that the days are getting shorter? On the 20th the sun rose at 5:18 and set at 8:40. Tomorrow the sun will rise at 5:21 and set at 8:40. That’s a whopping 3 minute difference! That means our sunny time birding has been reduced from 15 hours and 22 minutes to 15 hours and 19 minutes. What will we do? We can sleep a bit longer. Okay, that’s the important news.

Here’s the bird report from the UW Arboretum this past week.

Have you noticed that the number of birds in the Arb has increased significantly? That’s because many birds are having babies. There are birds in nests, the nestlings, with parents bringing food to those nestlings. There are also nestlings leaving the nests and becoming fledglings. These fledglings perch on branches and wait for parents to bring them food. It amazes me how quickly a parent can stuff the food into a wide open mouth of a fledgling. Here are the fledglings I’ve seen this past week. I saw a Red-winged Blackbird fledgling perched in a bush and constantly calling for food. I saw a large, dark gray (not black) Common Grackle fledgling with its beak wide open not being fed by the adult. I think I heard the adult say, “You’re old enough to find your own food,” and then flew away. I saw a pair of heavily speckled Eastern Bluebirds on a pile of wood chips looking for food on their own while a parent watched from a distance. This morning I saw two adult Willow Flycatchers bringing food to their fledgling. I also saw a fledgling Baltimore Oriole not far from its mother in a bush. More and more Barn Swallows are fledging from their nests. The Barn Swallow parents often feed them while flying by the young. Some of the above are in the attached photos.

The Sandhill Cranes provided some entertainment this past week. They peck on the glass of doors thinking that someone should let them in. The other day they were preening at a back door and evidently checking to see how they looked after preening. While I watched, a Wild Turkey decided to join the cranes. I thought there might be a bit of a negative interaction but nothing happened. The male turkey just walked back and forth next to the glass and admired its reflection. It also pecked at the glass on occasion (photo attached).

The other Sandhill Crane behavior that fascinated me was watching the cranes feeding on a grassy area. Most often they probe the ground for food. Today as they walked across the grass they grabbed and ate, by swallowing whole, three meadow voles (photo attached). I wonder what a live animal in your stomach feels like.

I did want to report on the Great Blue Heron Rookery. David Liebl provided the data. There were 9 nests this year. Only 5 nests produced young.  David counted 17 nestlings with 5 pairs of adults for a total of 27 Great Blue Herons in the rookery. Some of the herons should be fledging any day now.

The last photo was contributed by one of our Birding Group, Alenka Weinhold. She took a photo of the male Prothonotary Warbler that I showed you last week. The male is feeding a large caterpillar to a recent fledgling. That was an amazing capture. Thanks, Alenka. 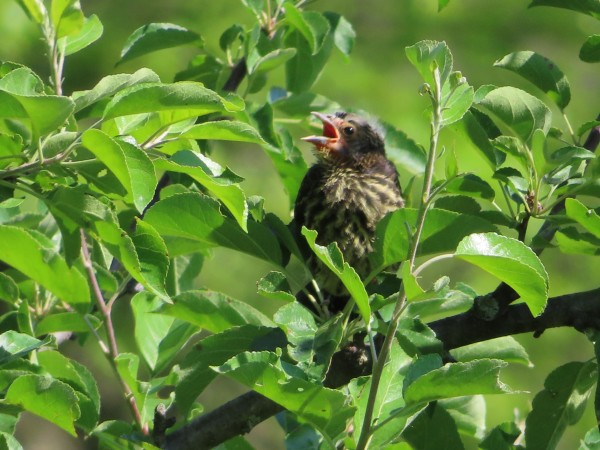 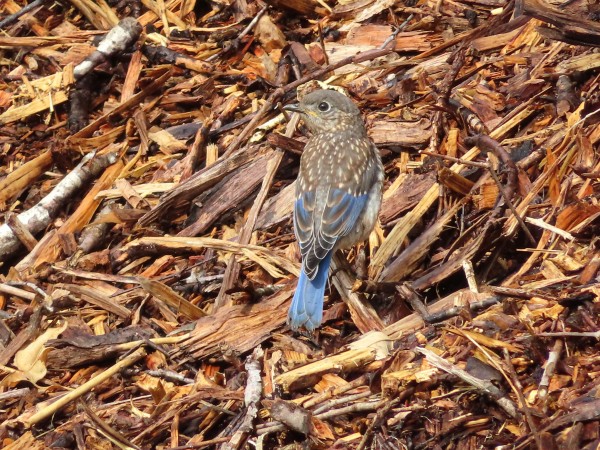 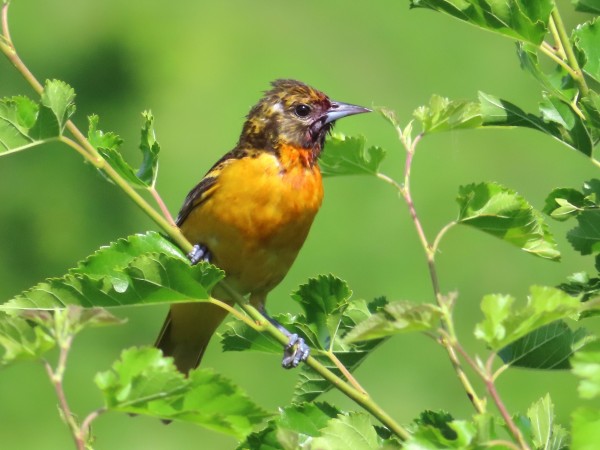 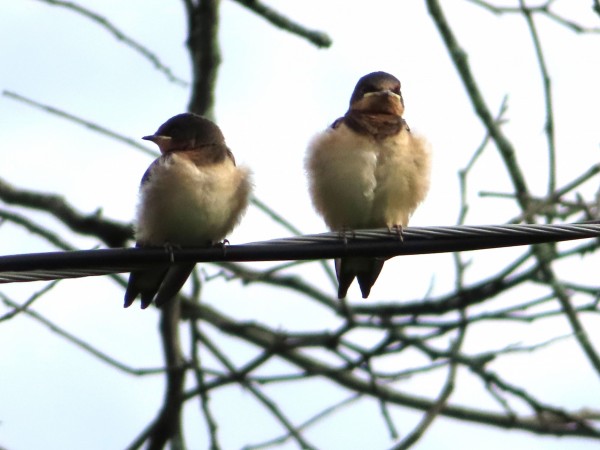 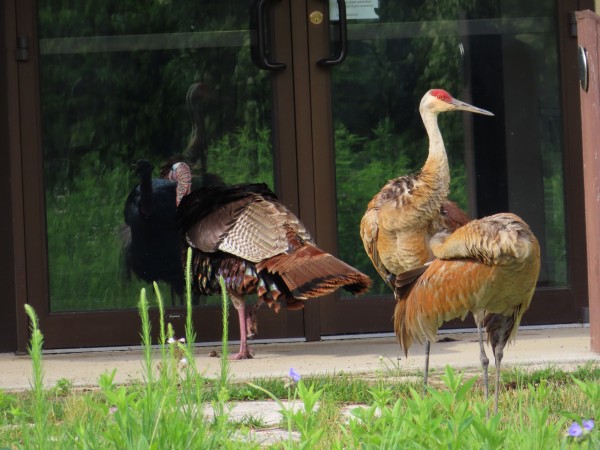 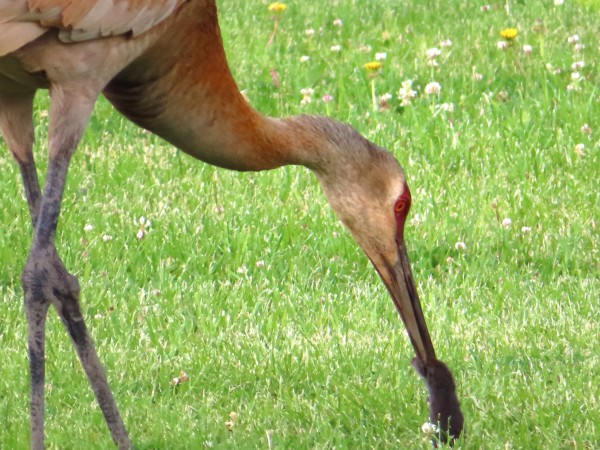 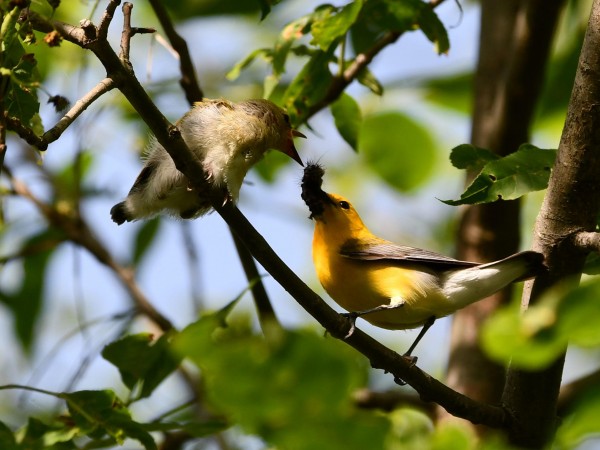