I hope you are all well and hanging in there. Be strong!

I still go out birding every morning. I try to get out early when it’s a bit cooler. So what sorts of things have I been seeing in the bird world? More fledglings are appearing each day. The Barn Swallow fledglings are flying out and the Tree Swallow fledglings are emerging from some of the bluebird nest boxes. I’ve seen Yellow Warbler, Baltimore Oriole and Willow Flycatcher fledglings being fed by their parents. Today I saw two Black-capped Chickadee fledglings following their caretaker parents and doing the wing-flutter, “feed me” behavior.  I attached a photo of a female Red-winged Blackbird feeding two nestlings. Soon after I took the photo, to my surprise they both fledged.

Last week I reported Sandhill Cranes in a grassy eating meadow voles by swallowing them whole. Today in the same area I saw one Sandhill Crane bring a meadow vole to another Sandhill Crane. The latter crane shook the vole vigorously until it sort of fell apart and then the crane ate it. Obviously that crane does not live animals in its stomach.

I viewed the Great Blue Heron Rookery yesterday thinking that all the nestlings would be fledged by now but still there are 12 in nests. Attached is a photo of the nest with 5 young associated with it, four in the nest and one out on a branch.  They do flap their wings a lot so should be leaving their nests very soon. Also note that they are standing with their beaks open. In this hot weather many birds keep their beaks open to try to dissipate heat.

I saw a Yellow Warbler take a bath in the rain water captured by the leaves that wrap around the stem of a cup plant. I tried to get a photo but failed.

What are the birds eating these days? I saw several Common Grackles walking on fallen snags in a marsh. They were right down by the water and to my surprise they were grabbing frogs and eating them. A photo of that activity is attached. I saw a Gray Catbird eating the red berries of a honeysuckle bush. Photo attached. I stopped by the American Chestnut trees today and was showered by pollen. There were several species of birds eating the numerous inchworms associated with these trees. The mulberry trees have ripening berries now and many birds love them.

That’s it for this week. Stay well, stay cool, go birding and laugh as often as you can, 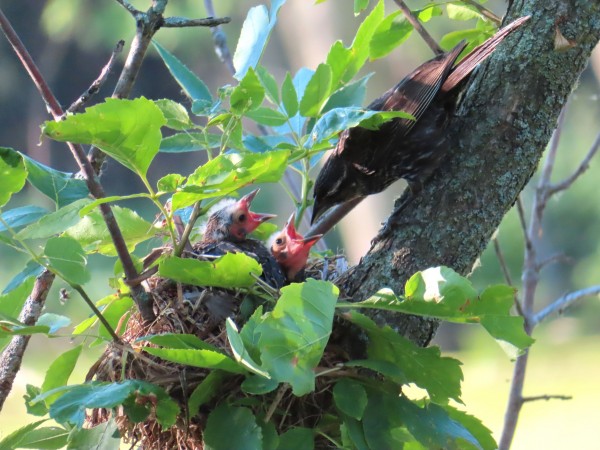 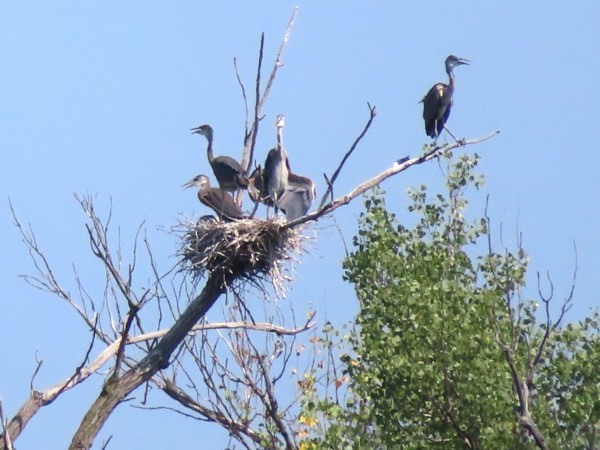 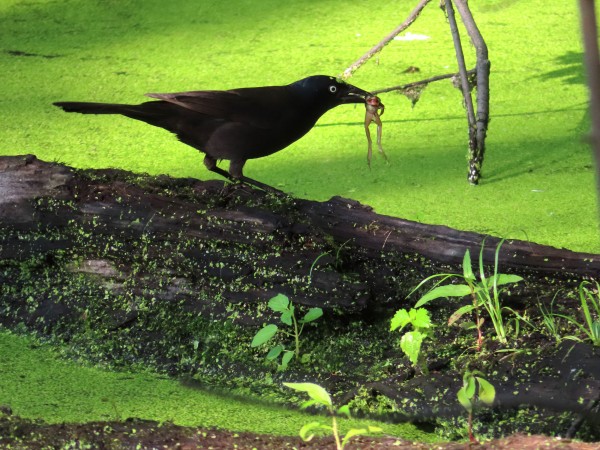 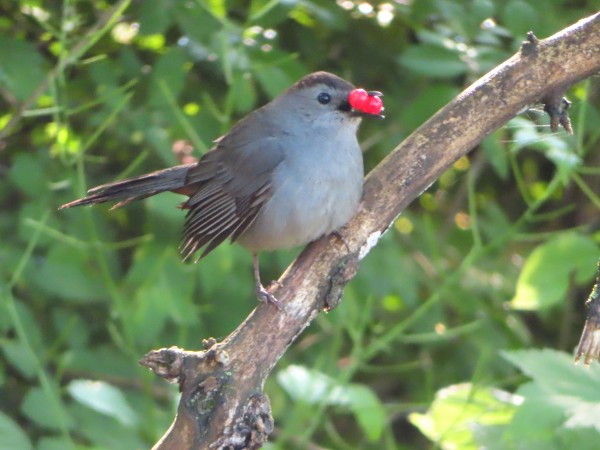 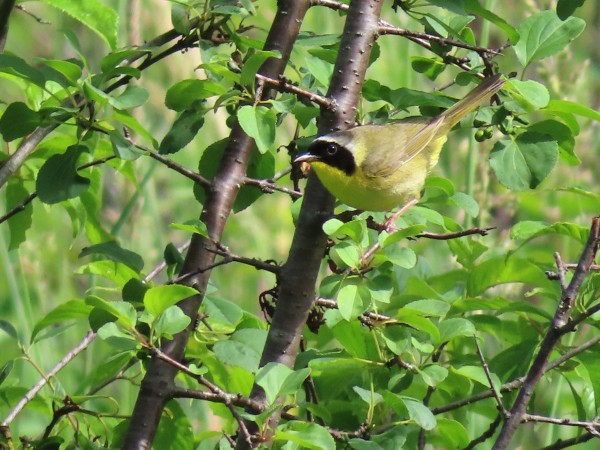 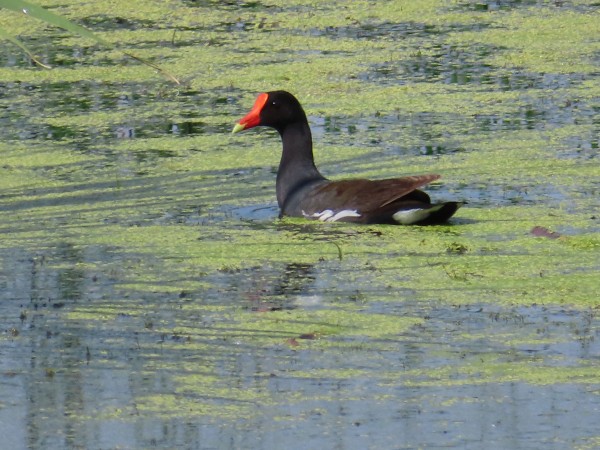