I’m sure all of you have heard about some sort of disease that is killing birds from the east coast to as far west as Indiana. I haven’t heard that it has reached Wisconsin yet. The cause of the disease is not known but all have been advised to take down all bird feeders. Madison Audubon Society has sent out the same advisory notice here. I took down our feeders yesterday. It was a tough decision for us. We miss all the birds who used to come to our feeders. It’s your decision to make.

The species of birds in the Arboretum are not changing much but new wildflowers appear each week. Many of the tall ones began blooming this past week. They include Joe Pye weed, Compass Plant, Cup Plant, Pale Indian Plantain, Resinweed and Prairie Dock. All of these plants can reach from 5 to 10 feet in height and have spectacular blooms. See if you can find them on your bird walks.

A couple days ago I saw an American Goldfinch drinking water from a Cup Plant. The opposite leaves of the Cup Plant fuse together and wrap around the stem forming a leak-proof container for water. After rain water collects in these cups I’ve seen several species of birds drink and bathe in this water. I tried to capture a photo of the goldfinch drinking water from the Cup Plant but it flew off before I got my camera out. I included a photo of the American Goldfinch anyway because the males have such a bright yellow plumage right now.

I also saw an Eastern Kingbird perched on the top of a Compass Plant. Luckily I did capture a photo of that bird. The black and white of the kingbird contrasts nicely with the yellow flowers of the Compass Plant. A photo is included.

The warblers that stay in the Arboretum all spring and summer are the Yellow Warbler, the Common Yellowthroat and the American Redstart. I see the Yellow Warbler and the Common Yellowthroat on Curtis Prairie quite often. I’ve included photos of both yellow species. I rarely see the American Redstart but last week during our Tuesday morning  bird walk all of us were treated to great views of as many as 4 redstarts. That made my day.

I also saw an American Redstart at another Dane County birding site. It was female and it was busy gathering food. It took the food to another bird that was not a redstart fledgling. Instead it was a bird that was much larger. Can you guess what it might have been? Yes, it was a juvenile Brown-headed Cowbird. Female cowbirds lay their eggs in other birds’ nests. And these other birds, in this case a redstart, feed and raise the cowbird nestlings and fledglings. I tried to catch the redstart feeding the cowbird but those photos were blurry but I did get a photo of the two birds standing next to each other just after the feeding. That photo is included.

I’m still seeing the Sandhill Crane family of 2 adults and 2 colts most often feeding on Longenecker Gardens. The colts are still growing and are almost the same height as the adult parents. The colts are now finding their own food and not being fed by their parents. What I saw this past week that was different was a lot of wing flapping and, to my surprise, some actual flying. They only get a few feet off the ground and don’t travel very far but it is good practice for more and higher flying. They are not there yet. A photo of the colts practicing flying is included.

There are 15 nest boxes in the Arboretum meant for Eastern Bluebirds. Sylvia Marek has been caring for and keeping track of who nests in these boxes for years. She puts out a weekly report on the birds and bird boxes. Her report on July 8th said there had been 20 bluebirds fledged so far this year and a few more are on their way. Some of the nest boxes are used by Tree Swallows and there have been 23 swallows fledged. Also 7 House Wrens have fledged from a few of the nest boxes. I thought the number of Eastern Bluebirds were lower this year but 20 fledges is not too bad. A photo of an Eastern Bluebird perched on a nest box is included.

A couple days ago I got a photo of a Ruby-throated Hummingbird that actually showed its ruby or red throat. All my previous photos thus far this year have just shown a black throat. When the feathers of the gorget are flipped just right then the red shows otherwise it is most always black. My grandchildren showed me shirts that had sequins that could be flipped up and down. In each position the sequins showed a different color. That’s what the Ruby-throated Hummingbird does with its throat feathers.

That’s the bird report for this past week. 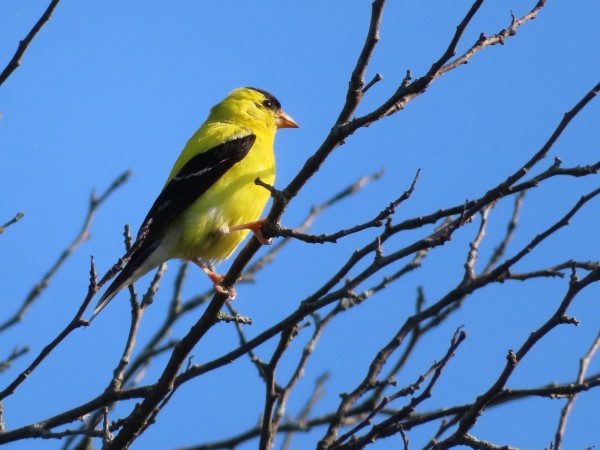 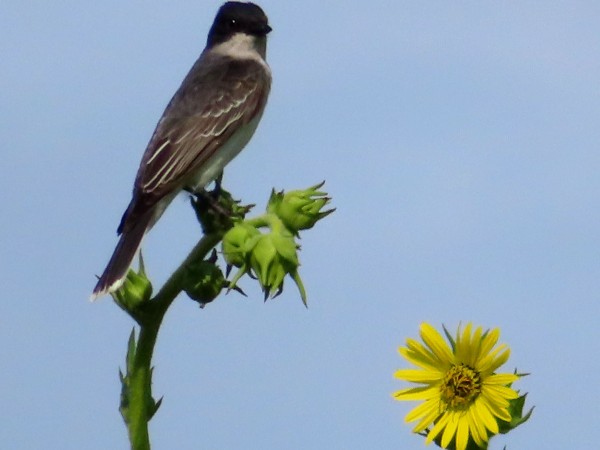 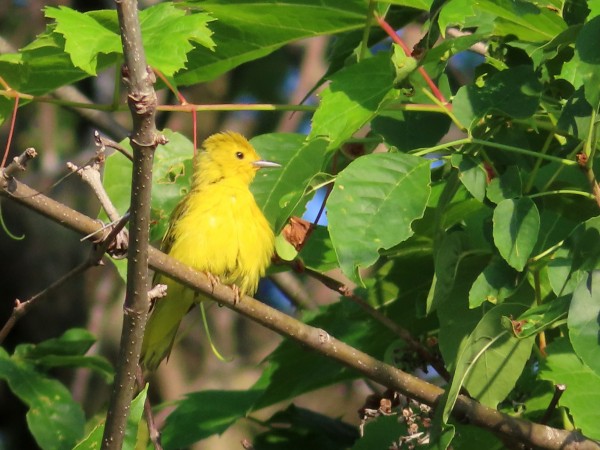 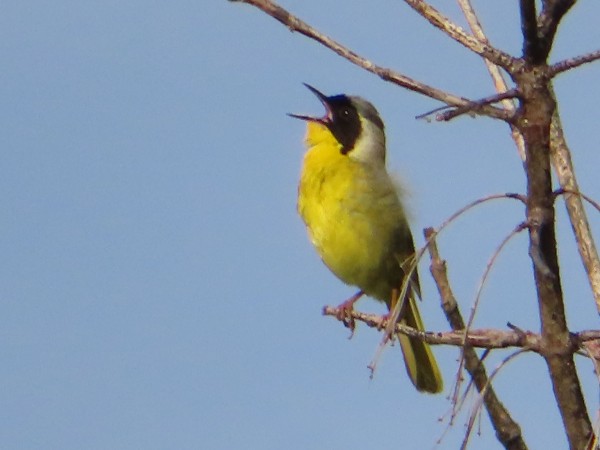 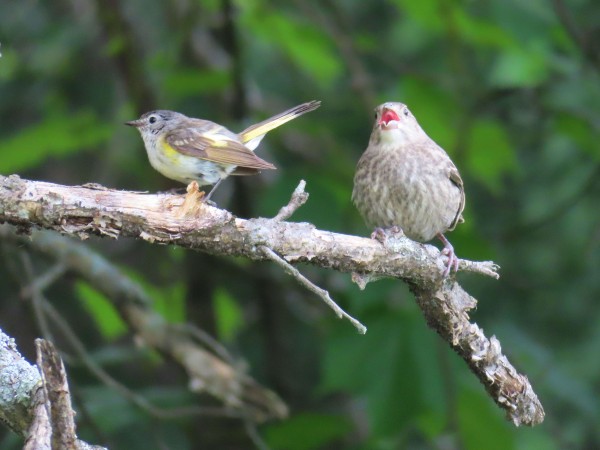 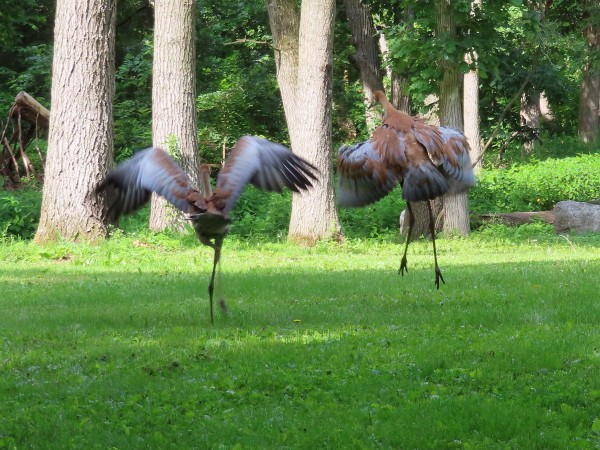 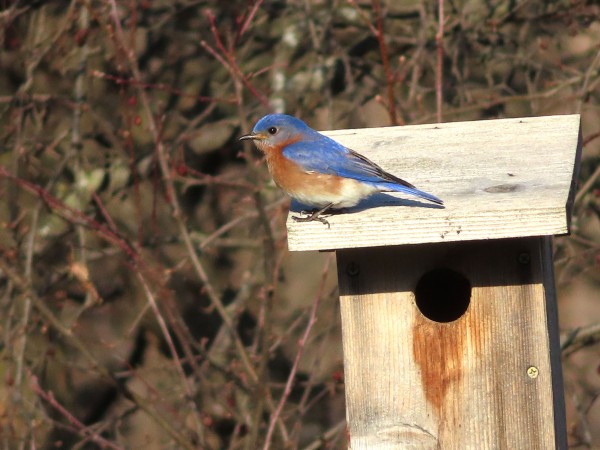 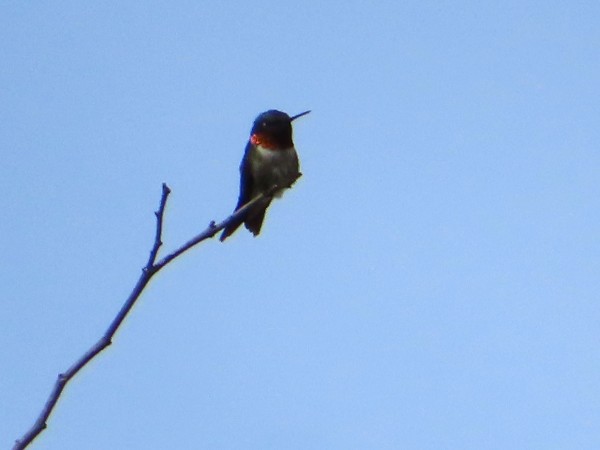 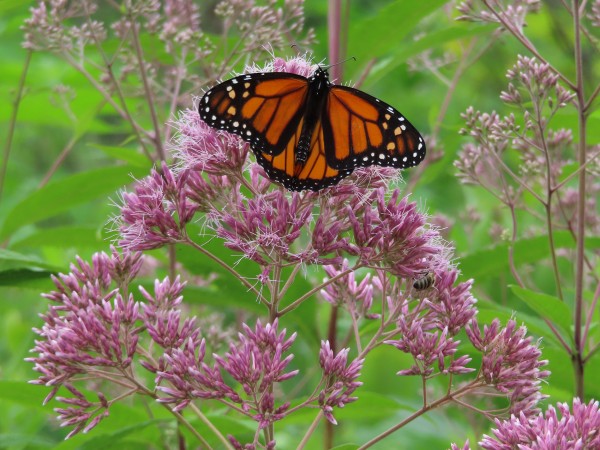