Do you remember when we had our last bird walk together in the Arb? I had to look it up. It was March 23rd. There were eight of us on that walk. Normally we would all stand shoulder to shoulder and I would show the photo to the birders but we wanted to maintain social distancing. How would we do it? So I told everyone to line up in a single row and maintain six feet of separation. I said I would put the photo up on my iPhone and point it toward the group as I stood about 20 feet away. They were then told to use their binoculars to look at the photo on my iPhone. While I had the iPhone in one hand I took a photo of the group with my camera in the other hand. The pandemic has forced us to be creative and at times produced some laughs. I still miss our bird walks together.

What have the birds been doing this past week?

This morning I checked Curtis Prairie as I stepped out of my car. As I scanned the prairie I did not see or hear a single Red-winged Blackbird (RWBL). Where are they? I always count 15-20 RWBLs on the prairie. Most of the RWBLs are done raising their young so now the young are on their own. At this point many of the RWBLs leave their nesting sites, begin forming larger flocks and feed together in crop fields. They really won’t start the actual migration south until late August or September. Watch for larger flocks of RWBL mixed with other blackbirds like Brown-headed Cowbirds and Common Grackles in the coming weeks.

There are some birds still feeding nestlings or fledglings. The other day I was standing in the prairie and saw both a male and female Common Yellowthroat carrying food in their beaks. They both were carrying green inchworms but also some other food I did not recognize. I never saw a fledgling so I assume they were headed for some hungry nestlings. Photos of both birds are attached.

I checked the Great Blue Heron Rookery this morning and found a young heron in one nest and 3 young in another nest. David Liebl has kept statistics on the rookery this summer. Of the 9 nests in the rookery, 3 were not productive and 6 had a total of 17 young. As of today, 13 young have fledged. That also fits with what birders have been seeing in Dane County ponds. This past week I saw 9 adults and young in one pond and 16 in another. Kathy Kershaw saw 20 in another pond.

My last photo is of the pair of Sandhill Cranes that many visitors love because they pose for photos while not being bothered by the people. The photo I’ve attached is of the pair both preening while standing on one foot in the grass. Cranes and herons have amazing balance. I challenge you all to do your morning chores like washing your face and brushing your teeth while standing on one foot. Leaning on something is not allowed. Don’t hurt yourself.

Stay well and good birding to you all, 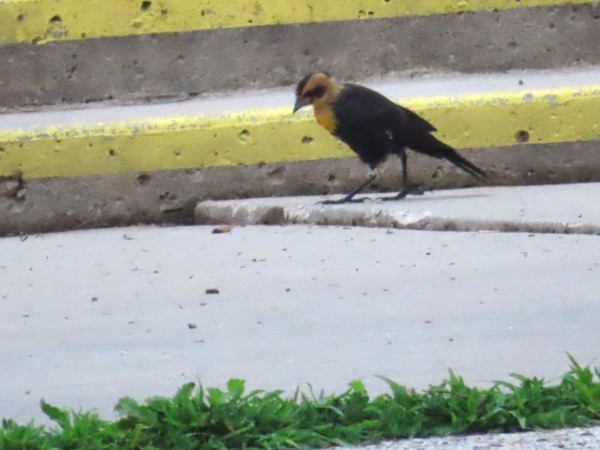 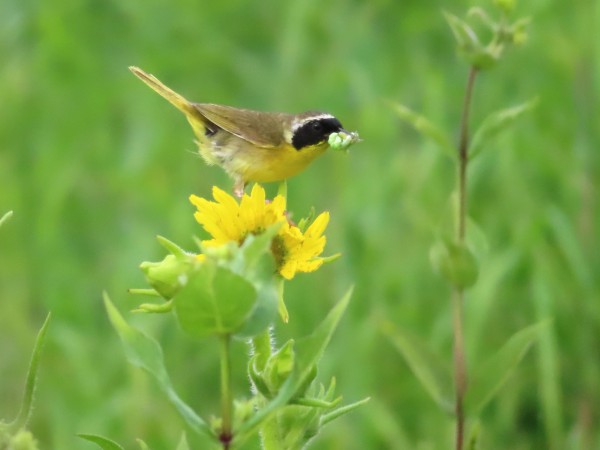 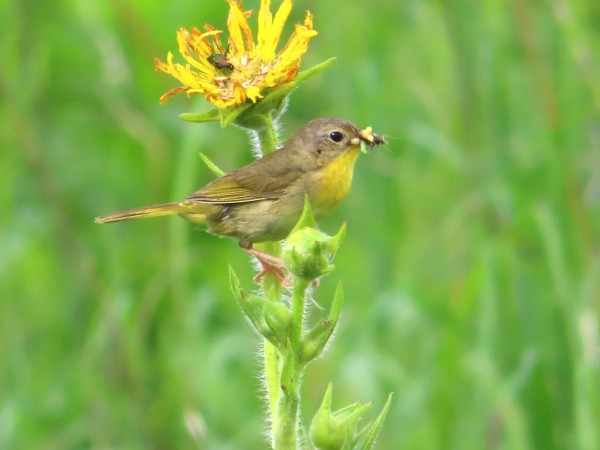 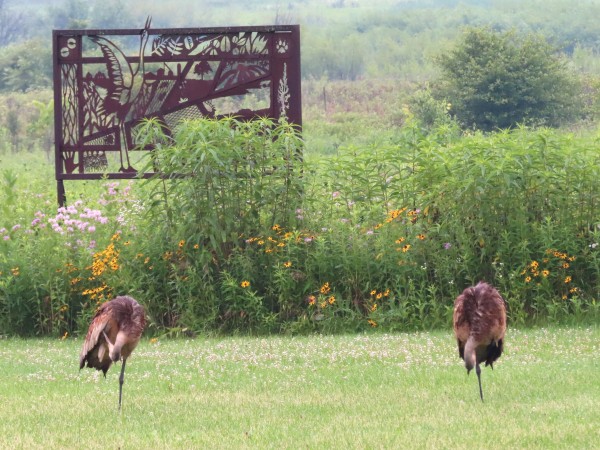