When I started my bird walk in the Arboretum this morning at 6:30 it was 59 degrees, overcast with a wind from the north. It felt like the first day of fall. It was so invigorating I walked over 4 hours and covered over 4 miles. I know this cool weather won’t last and summer will return but it was a nice respite from the heat.

So what are the birds up to these days?

What impressed me most this morning were the large numbers of active American Robins flying around. And ninety to ninety-five percent of them were juvenile robins, the ones with the spots all over their chests and bellies. I saw many robins high up in the Black Cherry Trees. Why those trees? They are loaded with ripening berries and the robins were feasting on them. I’ve attached a poor photo of a young robin surrounded by berries in a Black Cherry Tree. Lots of other birds love those fruits too but this morning I saw primarily Cedar Waxwings and Gray Catbirds. What are the birds eating around where you live?

The land care crew has been working in the Grady Tract to create a more Oak Savanna-like habitat. One of the species of birds they hope to attract is the Red-headed Woodpecker. For the past couple years I’ve seen one on rare occasions in the Grady Tract.  It would be great to see them there all year round. Just a couple days ago a birder reported seeing two juveniles there. So maybe they have already begun to discover the Grady as a good nesting area. Let’s hope so. The red, black and white of the Red-headed Woodpecker is so striking. A photo of one is attached.

The Eastern Bluebirds are about done nesting in the Arboretum nest boxes for this year. Sylvia Marek’s report from a couple days ago indicate that 31 have fledged already and a couple more are about to. I’ve attached a photo of two fledgling Eastern Bluebirds. They are delicately speckled all over. So cute! Another bird that wears the blue color well is the male Indigo Bunting. I captured a photo of one just a few days ago and it is attached. Can you tell that blue is my favorite color?

If you haven’t visited the Arboretum recently you should go now. Many wildflowers are in full bloom or soon will be. All the different shapes, sizes and colors are magnificent. If you like taking photos this is your opportunity to get some beauties. If you can capture a butterfly or a bird perched on a flower that becomes an extra special photo. I’ve attached a photo of a female American Goldfinch perched on a yellow-flowered Cup Plant, if I remember correctly.

My last photo is of a small falcon called a Merlin. I took the photo a few days ago in a prairie west of the Arboretum. I went to this prairie looking for one species and found the Merlin instead. One of the joys of birding is being surprised by finding a bird you didn’t expect.  Merlins can be found in the Arboretum but not very often.

Stay well and good birding to all of you, 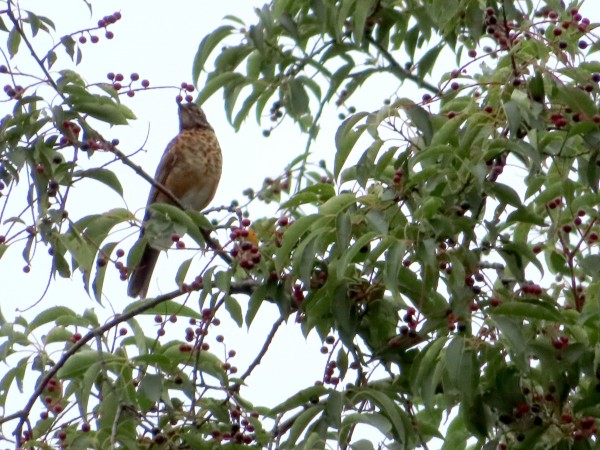 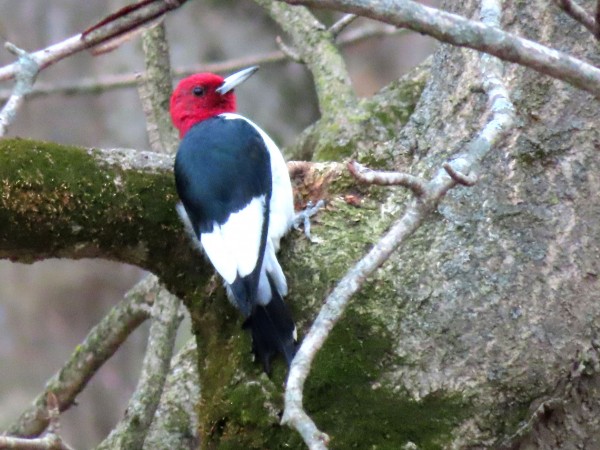 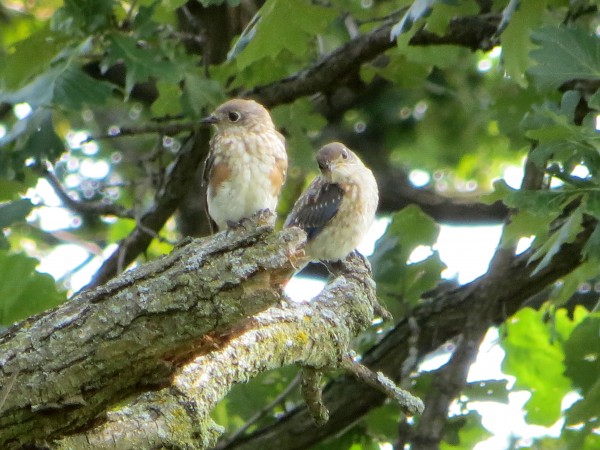 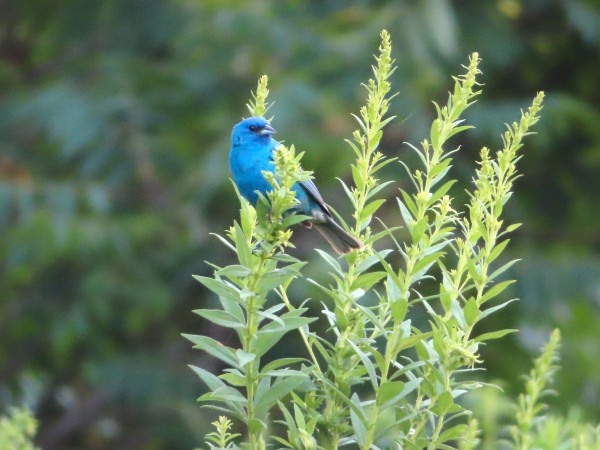 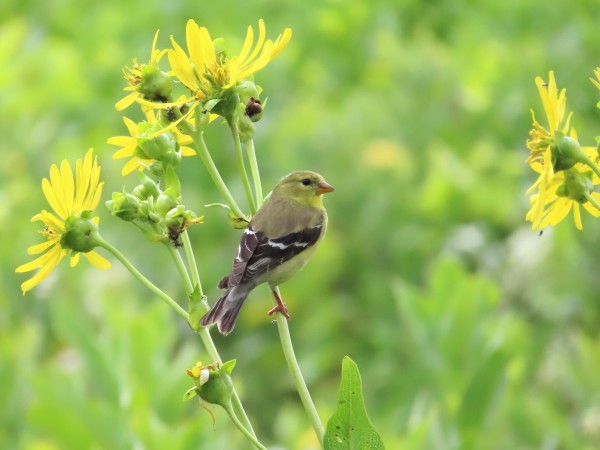 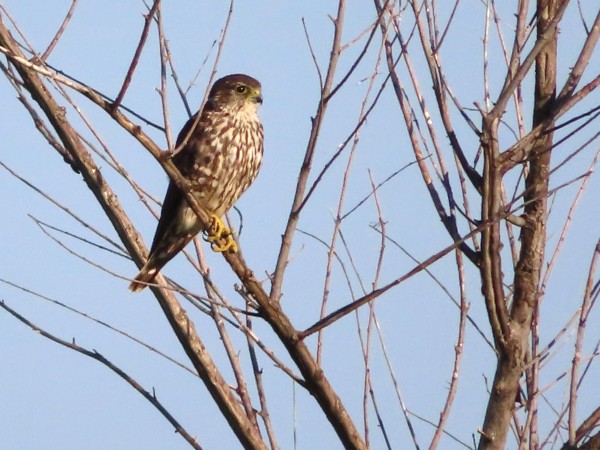