Getting outside and immersing yourself in nature will do wonders for your mental health. It’s especially gratifying when you start early. Tomorrow sunrise is at 6:00am. Can you get up and out to watch the sun first appear over the eastern horizon? What birds will be up with you? Which ones will be singing and which ones are the first to start flying around? In the Arb visitor center parking lot there’s a small dead tree upon which many of the early birds perch and warm up in the morning sun. They often preen and practice their voices there. It’s a great way to start your day.

What have the birds been doing this past week?

Something that really struck me recently was how quiet certain areas have been. When I thought about it I realized that most birds have mated, built their nests, hatched their eggs, fledged their young and fed them to the point of being mostly independent. All the early sounds were songs as part of courtship behavior and chirping by fledglings wanting to be fed. With most of that finished there’s not as much to talk or sing about. Now it’s time to find food, eat and prepare for migration. I think I mentioned last week that the shorebirds are already migrating. Examples of shorebirds are Killdeer, Spotted Sandpipers, Lesser and Greater Yellowlegs, Solitary Sandpipers, Semipalmated Plovers, Pectoral Sandpipers and the smallest called “peeps” like Least and Semipalmated Sandpipers. I also mentioned that blackbirds are flocking up but not migrating quite yet. Most of the Red-winged Blackbirds in Curtis Prairie are gone.

I try to pay attention to what the birds are eating at various times of the year. There is a progression of ripening fruit during the summer. The cherries on the Black Cherry Trees are still a favorite at the moment. I’ve attached a photo of a male Rose-breasted Grosbeak chomping on a cherry. Many other species like them too. The elderberries are a delicacy that are ripening now. As some of the wildflowers begin to fade the American Goldfinches and Song Sparrows are harvesting the seeds. Many species eat the seeds from flowers and grasses that have fallen on the trails.

These are just a few of the avian activities in the Arboretum. Please take the opportunity to discover what the birds are doing for yourselves.

Be well and good birding to all, 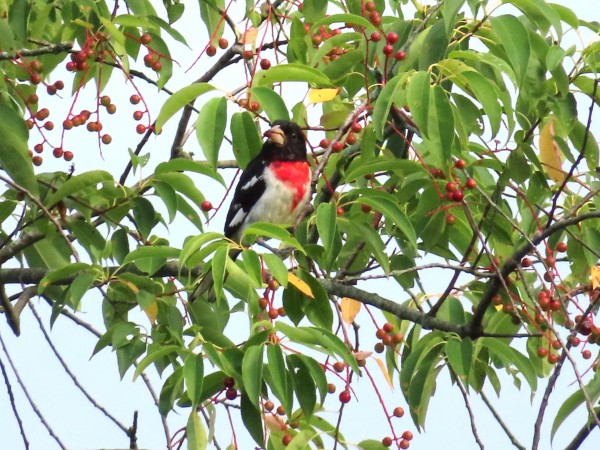 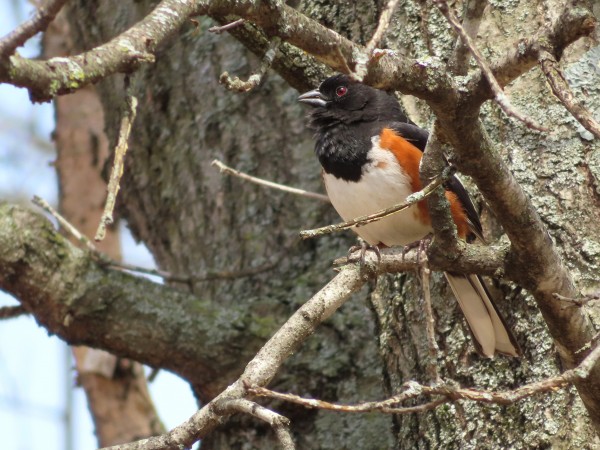 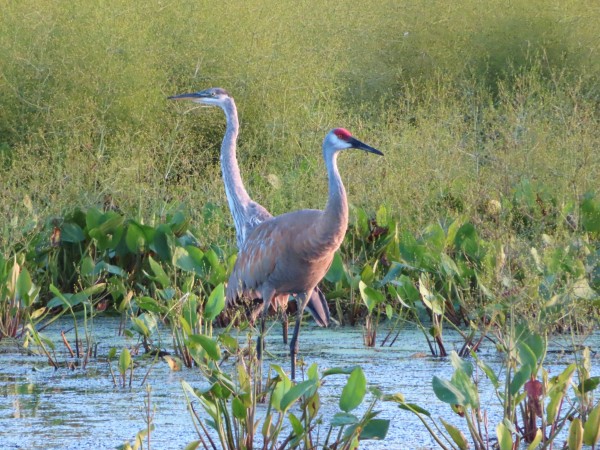 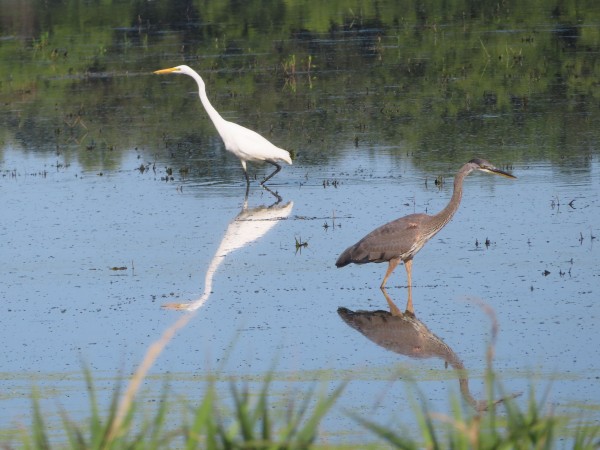 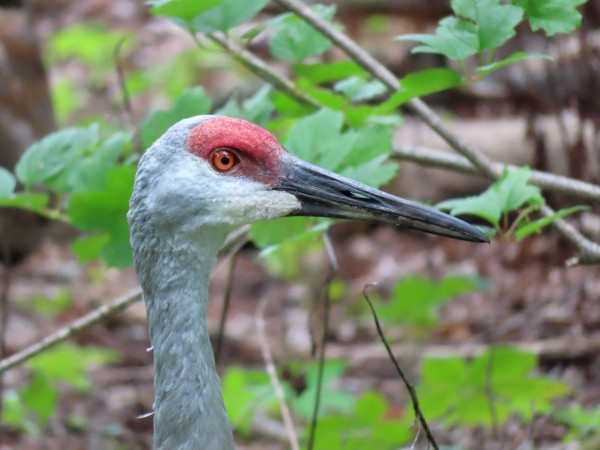 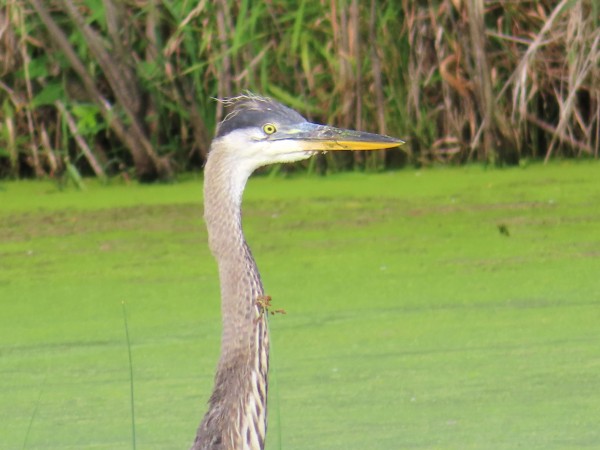