So what have I seen in the past week bird wise?

There are a lot more immature American Robins around now. They are the ones that look mostly like robins but instead of orange breasts they have light cream colored breasts with many dark spots on them. It shows that they belong with all the spotted birds in the thrush family. I’ve attached two photos showing these young American Robins. One is a photo with both the immature and adult robin checking out a puddle for possible food samples. Moments before I took this photo I saw a robin grabbing a slug for a fine dinner. The other photo shows an immature robin picking a berry for its fruit course.

I always like photographing birds with wild flowers. The next photo shows a male American Goldfinch perched at the top of the flower of a Compass Plant. Which yellow do you like better, the flower’s or the bird’s? I think they enhance each other.

One of my favorite birds is the Brown Thrasher. I always look forward to the arrival of this species and to hear its chatter spoken in doublets. One or two pairs nested in the Arb this year. A couple days ago I came across two adults teaching two fledgling how to find food and occasionally stuffing some food in a youngsters mouth. The adult has a rich rusty colored upperside and a well-spotted underside. The fledgling looks similar but only lighter in color. In addition the adult has a bright yellow eye (actually the iris) while the fledgling has a dark iris.

Today, for the first time this year I saw two adult female Wild Turkeys herding 11 young, probably hatched a month or two ago. The adults hide the young a long time before bringing them out in public. I was able to capture a photo of the Wild Turkey crossing.

For my last photo I saved the worst for the last unlike most who save the best for the last. A few days ago I stumbled on a freaky looking male Northern Cardinal, photo attached. It had lost most of the feathers on its head, exposing the black pigmented skin beneath. Most believe that it is caused by a simultaneous molt of head feathers which rarely occurs. Some think it is caused by a feather mite. In any case it does not enhance the beauty of this male cardinal and makes its head seem small. I’ve seen this before in other cardinals and also some Blue Jays, but thank goodness not very often.

Okay I don’t want that to be the last image used to close this report. I did see a juvenile Red-tailed Hawk today and did get some photos of it too. One is attached.

All good health to you and good birding too!! 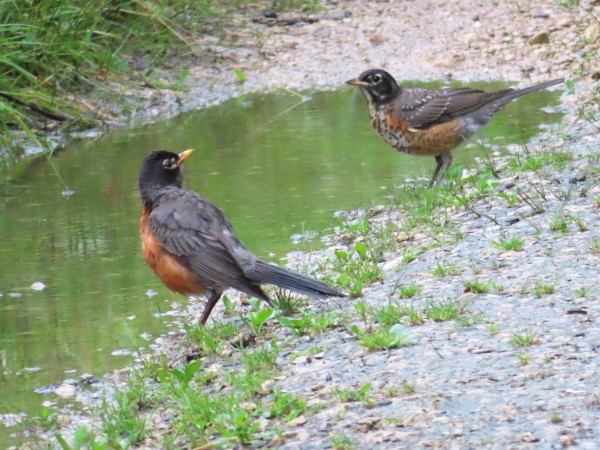 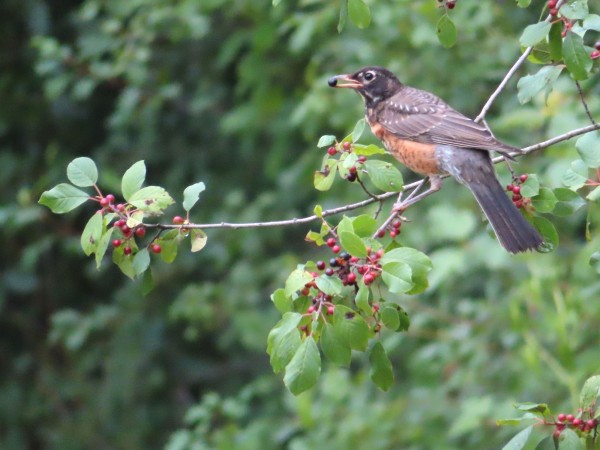 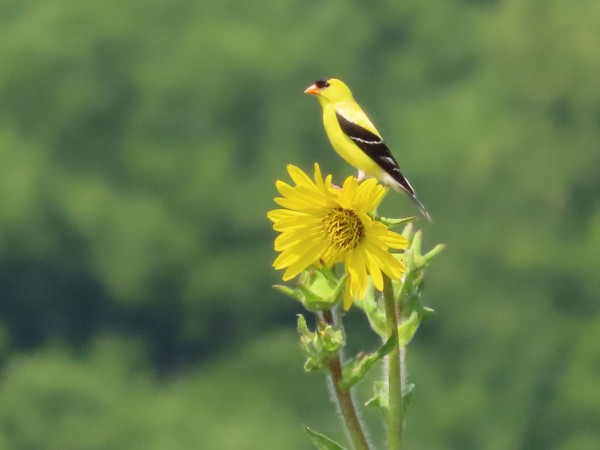 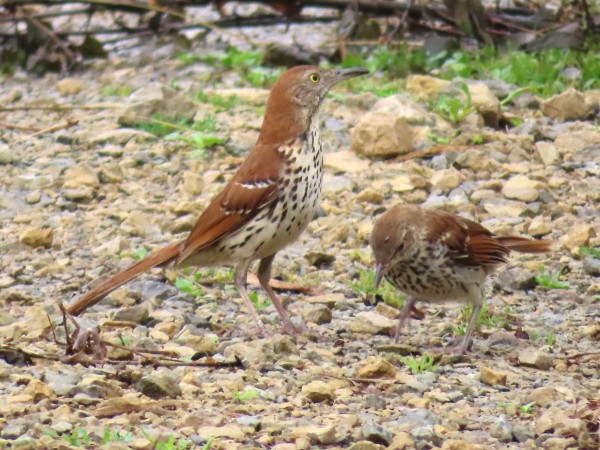 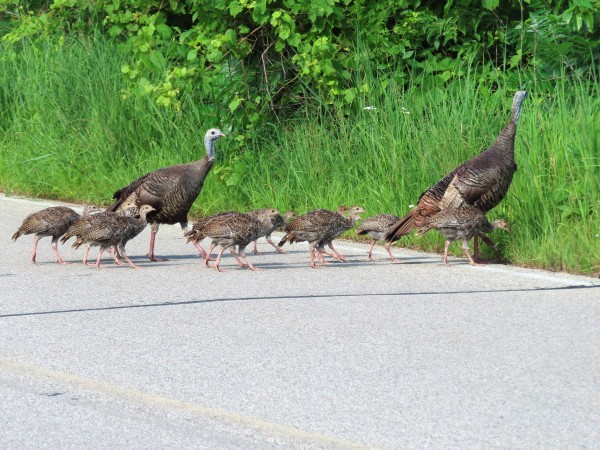 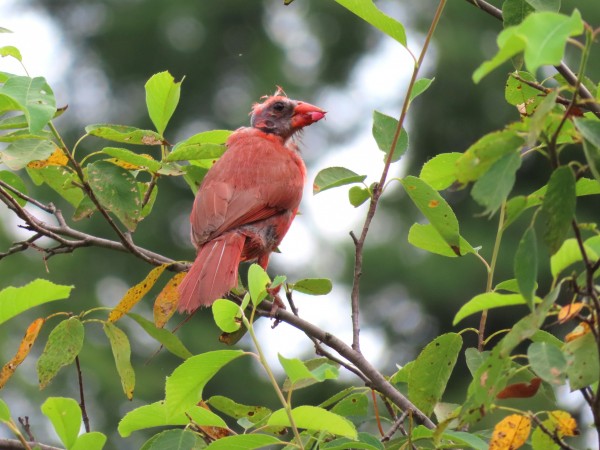 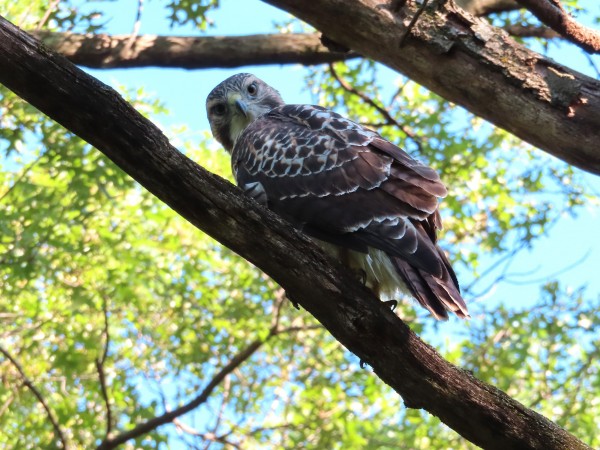