How are all of you? I hope you are well and staying safe.

So what birds did I see this past week and what were the birds doing?

First let me say that one of the best places to bird is right around the Arboretum Visitor Center parking lot. When I step out of my car there I immediately check the small dead tree between the two parts of the lot. Since I start at or shortly after sunrise many birds like to start their day by going to that dead tree, or any dead tree for that matter, and warm themselves in the sun and preen a bit too. They may or may not sing. I usually stand very quietly by my car and finish my mug of coffee letting the birds come to me. Next I walk to the west end of the lot where there is a bank of trees and bushes that separate the Arb from the golf course. The sun is at my back and shines on these trees and bushes. That warms the insects and they start flying around. Some of these trees have fruit like Black Cherries, Elderberries and/or Gray Dogwood berries. Insects and fruit are breakfast foods for the birds so you can easily find several species actively feeding there. This morning I saw 30-40 each of Cedar Waxwings and American Robins at that spot. I also saw Blue Gray Gnatcatchers, Gray Catbirds, American Redstarts, Eastern Bluebirds, American Goldfinches and several other species. Wherever you go birding in the early morning try to find a spot where the sun is at your back and shining on a bank of trees and/or bushes. That’s often where you’ll find birds.

The past few days I’ve noticed that more Eastern Kingbirds are arriving in the Arb. I counted 10 this morning. They often come to the Arb in the fall and we can see as many as 20 before they all move farther south. They are dark gray above and white below with a black tail tipped by a white band. They have a fluttery kind of flight.  They love Elderberries. I have attached a photo of an Eastern Kingbird in an Elderberry bush. I’ve attached a photo of a Gray Catbird in an Elderberry too. The vibrant colors of the Elderberry enhances any bird who stops for a meal.

Another bird that many birders are now seeing in Wisconsin and in the Arb too is the Carolina Wren. For the past two years there’s been one seen near the Seminole entrance to the Arb. This is a relatively new bird for Wisconsin. It’s thought that climate change has pushed this species farther north. For a small bird they have a big voice. Attached is a photo of the Carolina Wren I saw this morning.

I had a close encounter with another juvenile this morning. It was one of the two Red-tailed Hawks born in the Leopold Pines this spring.  It was perched in an oak tree on a branch about 12 feet from the ground and right next to the trail. I started taking photos from a distance and kept moving closer. I actually was able to walk slowly and quietly past the hawk and it never moved. I could have almost touched it as I passed by but I resisted. The juvenile does not have a rusty red tail typical of the adult but instead has a brown tail with multiple darker brown horizontal stripes. A photo of this morning’s hawk is attached.

Two other photos that I’ve included are one of a Ruby-throated Hummingbird nectaring on flowers of the Giant Hyssop and one of a mostly dark brown, juvenile Bald Eagle.

Speaking of eagles did you hear about the Bald Eagle that took down a drone in Michigan. Google that and choose the story by CBS.  After the article there is also a video farther down about the Dutch police training Bald Eagles to take down drones. I often wonder what effect drones might have on birds in general.

Good birding and good health to all, 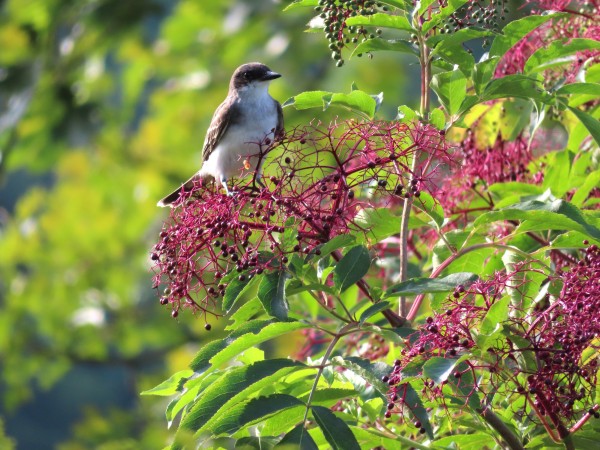 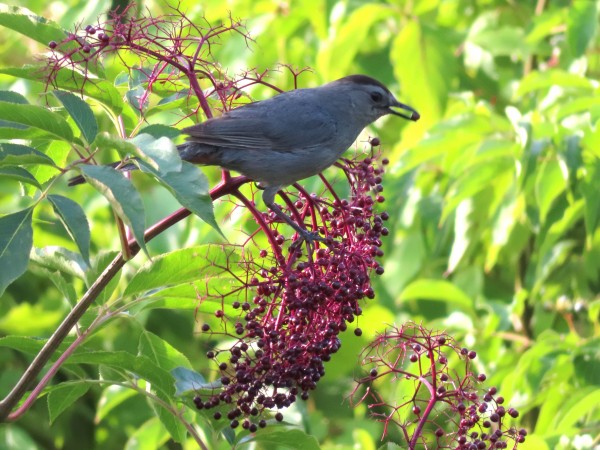 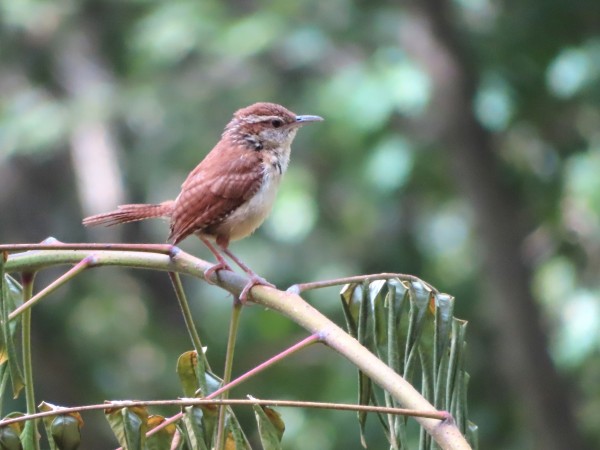 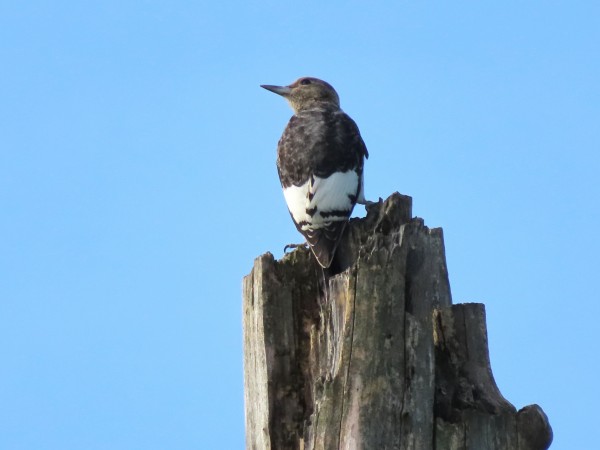 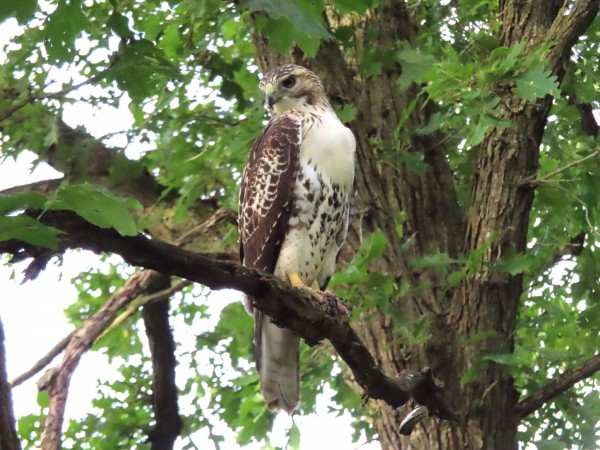 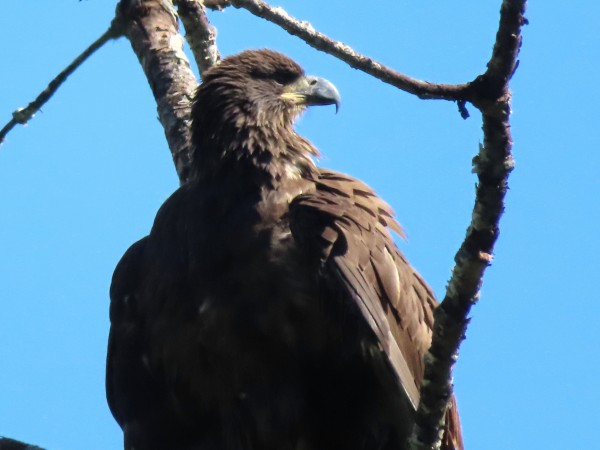