Some like it hot! The elders in our group I’m sure can remember that movie. But I was referring to the present temps today and for the rest of the week. I’m not in that, some like it hot, category. I prefer cooler temps like 70s and 60s. I’ve noticed today that the birds are breathing with beaks open to try to dissipate heat. They are also drinking lots of water and taking many baths in our bird baths. The American Robins really like bathing; in fact they go into the water and just sit half submerged for several minutes. Keep your bird baths filled with water during these hot days.

I hope all of you are well, staying safe and taking the opportunity to get outside to enjoy nature.

What have the birds in the Arb been up to during this past week?

I’ve seen increases in the number of American Robins, especially the juveniles with all the spots on their undersides, 40 - 50 is not uncommon. Eastern Kingbirds love the Arboretum this time of year. I counted 27 last Friday and 18 on Sunday. Another population that has increased is Cedar Waxwings. They seem to be flocking up right now so numbers in the 20s to 40s are not unusual. Lastly the resident Gray Catbirds were productive this year and I’ve seen quite a few young bringing the numbers around the Arb into the 20s. One of the great draws to the Arb has been the variety of food provided. I’ve already mentioned the berries on the Black Cherry trees and they are still producing. I’ve also talked about Elderberries. The birds love them. Other fruits include dark purple to black berries on Viburnum bushes. I’ve noticed grape vines that have climbed trees and have grape clumps on them. Lastly I saw some Eastern Kingbirds eating berries from the Pokeweed plants. I thought they were poisonous. I need to find out how kingbirds can then eat them. It’s no wonder that birds like to stop at the Arboretum.

Fall migration is underway. Shorebirds have been migrating for the past month. Everyone looks forward to warbler migration and for the opportunity to see up to 30 species of warblers passing through the Arboretum, Madison and Dane County. There have been a handful of sightings already but a lot more should arrive during the first two weeks of September. Many warblers have a more drab plumage in the fall which makes identification more difficult. I still struggle identifying some of the fall warblers. To help us determine what day(s) might be good days to see warblers watch for fronts from the north. Birds take advantage of winds from the north so they don’t have to work so hard flying south. Many birds migrate at night and then stop during the day to refuel.

I wanted to share a few points of Sylvia Marek’s final Bluebird report that was published on August 20th. From the 15 nest boxes in the Arboretum, 37 Eastern Bluebirds fledged with 4 more possible,  27 Tree Swallows fledged and 36 House Wrens fledged. We thank Sylvia for all her hard work with the Bluebirds.

As I’ve mentioned before the Red-winged Blackbirds have left Curtis Prairie. Yellow Warblers have left or will leave soon. Any day now all the Barn Swallows that nested under the eaves of the Visitor Center and fledged many young for a total of 35 to 40 individuals will suddenly disappear by flying to South America.

An American Crow at the top of a Black Cherry Tree. (Last week I forgot to attach it.)

A Sandhill Crane, 3 month old Colt (term for young crane). It is standing on one leg with the other stretched out to the back (not seen) along with a stretched out wing. The color of the feathers when they first are produced are gray. The reddish brown color is created by the crane using mud, often rich in iron, to spread on its feathers during preening. 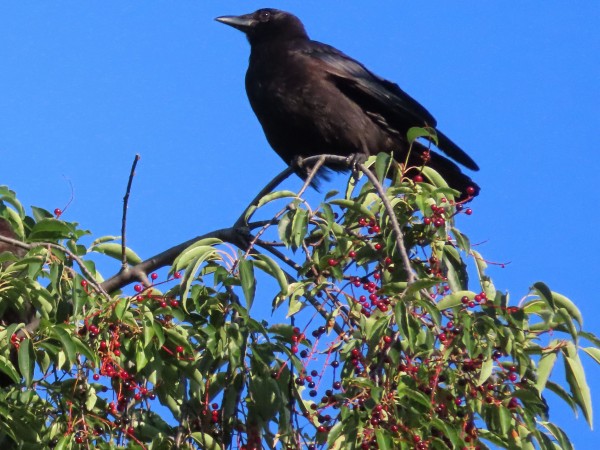 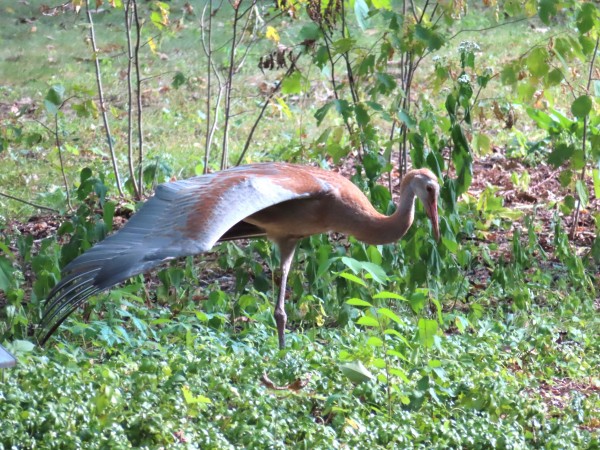 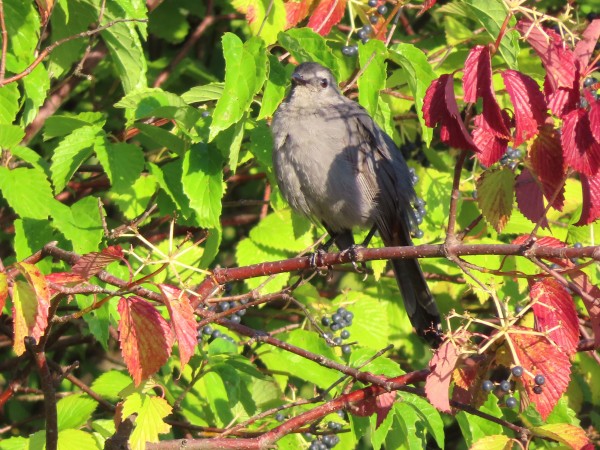 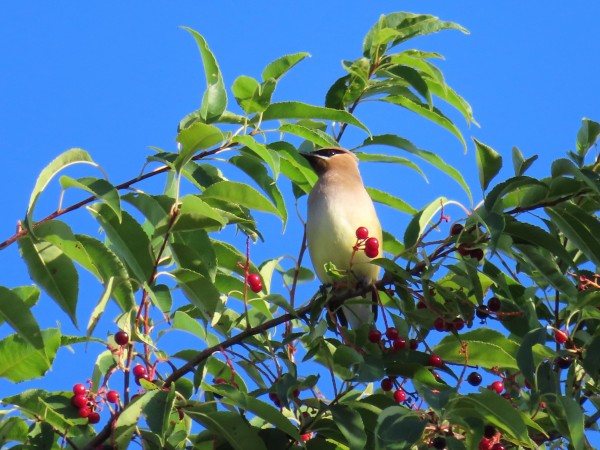 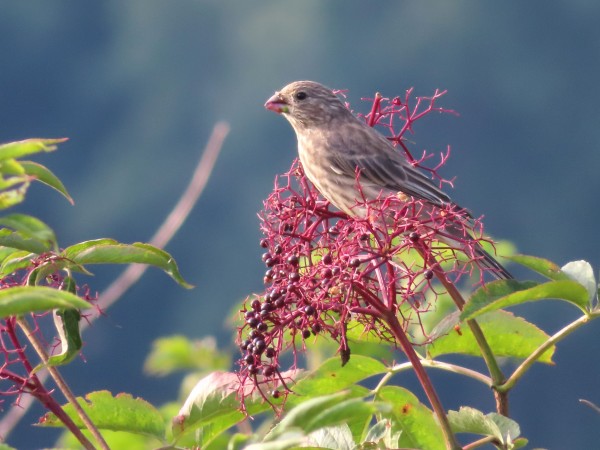 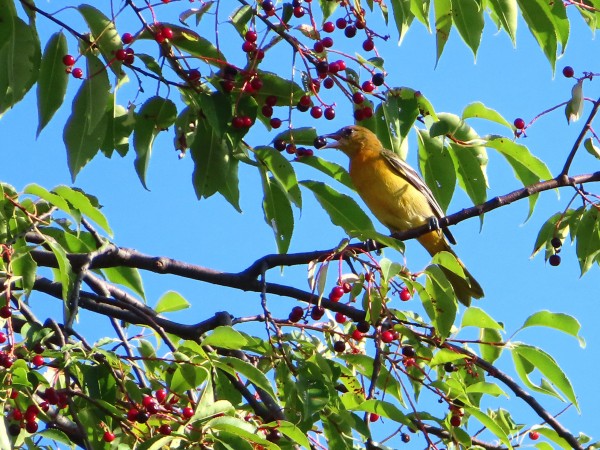 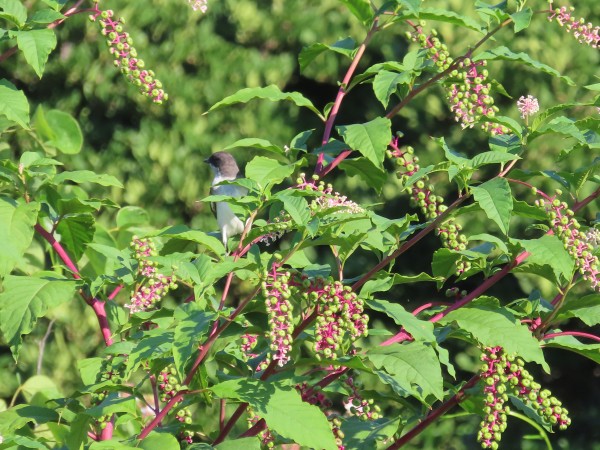