These cooler days are great for some exciting birding adventures so get out and try to find the new birds migrating through Madison and the Arboretum.  The first two weeks in September should bring several different migrants to the forest and the prairies in the area.

I just got back from sitting on a lawn chair in the park across the street looking for migrating Common Nighthawks.  The sun had just set and the sky was clear with shades of yellow and pink on the western horizon.  I scanned the sky to the north and to the west just above the tree tops.  I was able to see 3 nighthawks tonight.  Other birders are seeing much large numbers in a single night.   It is at this time of year that they are migrating.  They are most often seen flying at dusk and dawn.  They have an erratic flight pattern as they pursue flying insects.  They also have a bold white band across each wing.  I don’t have a photo of a flying nighthawk but I’ve attached a photo of a Common Nighthawk resting on a branch.  Go out in the early evening about 7:15 or so and see if you can find any nighthawks.

Another bird that might get you outdoors in the early evening this time of year is the Chimney Swift.  I see a few fly over the Arboretum regularly during the day searching for insects.  They look a bit like swallows but are not related.  They are often described as flying cigars because of their shape.  For me what separates them most easily from swallows is their really rapid wing beats while flying.  At this time of year they gather in large numbers before they migrate south.  The gathering occurs at dusk when they all enter large smokestacks to roost for the night.

One new migrant I saw for the first time this fall was a Swainson’s Thrush.  I saw one on Saturday and another today.  They like to eat berries especially those from the Gray Dogwood.  Typical of thrushes they have a spotted breast but uniquely they have a buffy-colored eyering.  The upperside of this thrush is brownish rust color.

Over the past week the number and variety of warbler sightings has increased.  I’ve seen seven different species in the Arboretum.  The one that surprised me most was the Black-throated Blue.  I very rarely see that warbler even in the spring.  I’ve attached a photo of the Palm Warbler that I’ve seen three times.  Keep your eyes peeled for more warblers.  Remember some have very different plumages from the feathers that they wear in the spring.

Not only are new migrants arriving but some of our birds that have been in the Arboretum all spring and summer are leaving.  Last Saturday, August 29th, almost all the Barn Swallows who nested and raised young here for a total of about 40 birds, packed up and left.  They fly south but do you know how far south they fly?

Another migrant I saw today was a juvenile male Rose-breasted Grosbeak.  I expect more to arrive in the next few weeks.

These are just some of the bird activities in the Arboretum these days.  Come find some for yourself.  It’s a real treasure hunt.

Stay well and good birding to all, 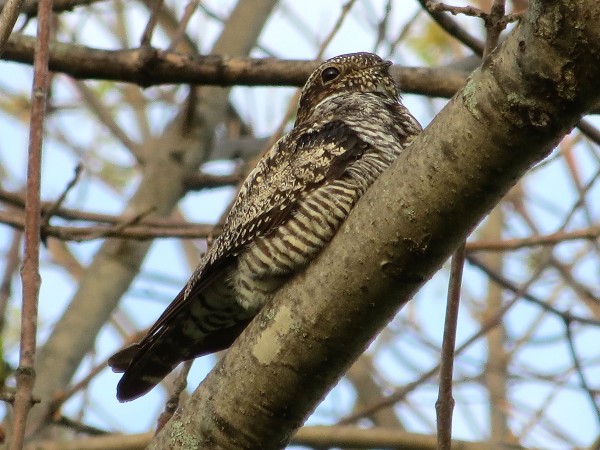 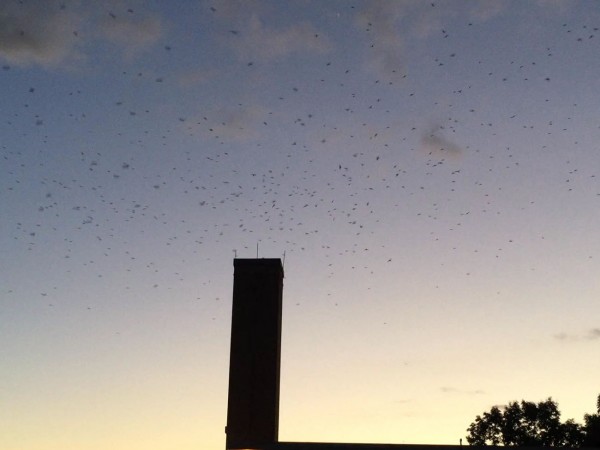 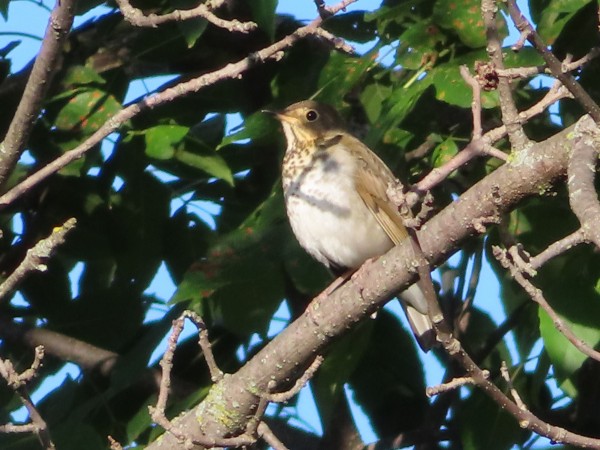 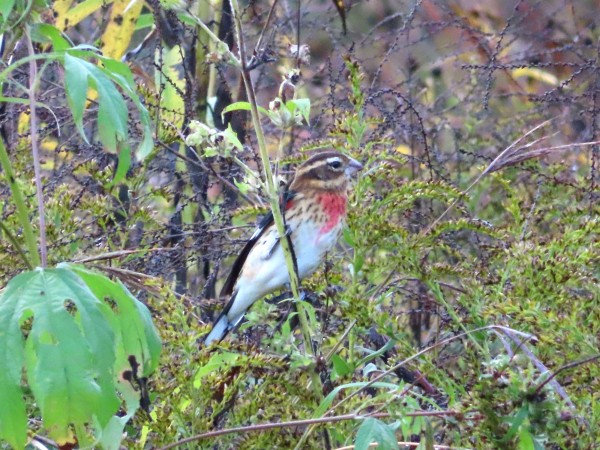