What were the birds doing this past week?

Let’s start by trying to recall what birds have migrated out of the Arboretum and have flown farther south. They are really out of sight and out of mind. This morning I started to make a list and thought it would not really be very long but as I looked back in my birding notebook the list turned out to be quite extensive. Here are a few on the list. The last time I saw the littlest one of all, the Ruby-throated Hummingbird, was about 2-3 weeks ago. The Gray Catbirds no longer greet us in the parking lot with a meow but the American Crows will continue to perform that duty with loud caws and rattles all year round. The House Wrens, Blue-gray Gnatcatchers and Chimney Swifts have moved on.  The really colorful ones like the Rose-breasted Grosbeak, Brown Thrasher, Baltimore Oriole, and Scarlet Tanager have all disappeared. Large categories like Swallows such as Barn and Tree, Flycatchers such as Great-crested, Willow and Least and Vireos such as Red-eyed, Warbling and Yellow-throated have all gone MIA. Most of the Warblers have passed through the Arb already but I am still seeing a few Yellow-rumped Warblers, Palm Warblers, Tennessee Warblers, Nashville Warblers and Orange-crowned Warblers. The Blackbirds (Red-winged, Common Grackles and Brown-headed Cowbirds) are gathering in large flocks and are leaving or will leave soon. Some of the really large birds like the Osprey, Great Blue Herons, Sandhill Cranes and Turkey Vultures are in the process of gathering and leaving. One or two Great Blue Herons will stay near the springs of the Arboretum the entire winter.

How long was your list? After a long winter I always look forward to all of the birds mentioned returning in the spring. I’m still seeing the fast moving Ruby-crowned and Golden-crowned Kinglets, a few insect-catching Eastern Phoebes and seeing as well as hearing the two-note flight call of a small number of Eastern Bluebirds.

Were there any new arrivals this past week? I think I only saw one new arrival in the Arboretum and that was the tiny but perky Winter Wren. Unlike the House Wren the Winter Wren carries its tail straight up in the air, very snootily. Most of the other recent arrivals have simply increased in numbers especially the Dark-eyed Juncos (50 on the ground in the Crabapple Collection on Saturday) and the White-throated Sparrow (20-30 recently). More White-crowned Sparrows are showing up too. I saw 7 Field Sparrows eating seeds fallen on a path at the edge of Curtis Prairie. I’ve only seen singles of the Lincoln’s Sparrow and the large, handsome Fox Sparrow. The Swainson’s Thrush seen earlier has been mostly replaced by the tail-raising Hermit Thrush.

What next? The next category that will arrive and have actually started arriving already are the waterfowl. As the temperatures continue to fall and the lakes begin to freeze way up north the waterfowl begin migrating to the open lakes here in southern Wisconsin. Besides the Mallards there will be 10-15 more species of ducks. Besides the Canada Geese there will be Snow Geese and Greater White-fronted Geese. There are already a couple Common Loons, several Pied-billed Grebes and about 1000 to 2000 American Coots on University Bay, just a couple miles north of the Arboretum. Still later will be the arrival of several 100 Tundra Swans and a few Trumpeter Swans. We still have more birds to look forward to.

Attached are photos of some of the birds mentioned above. 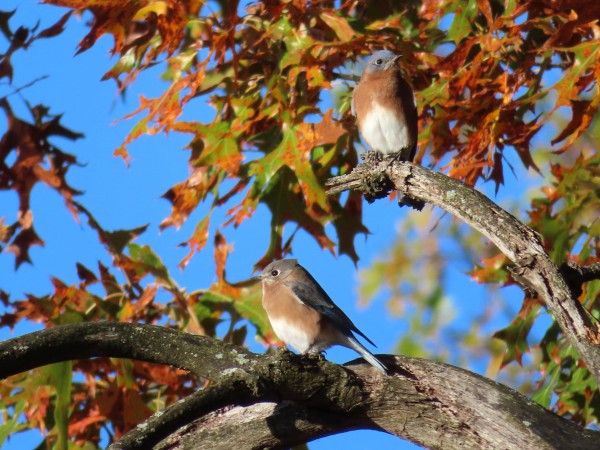 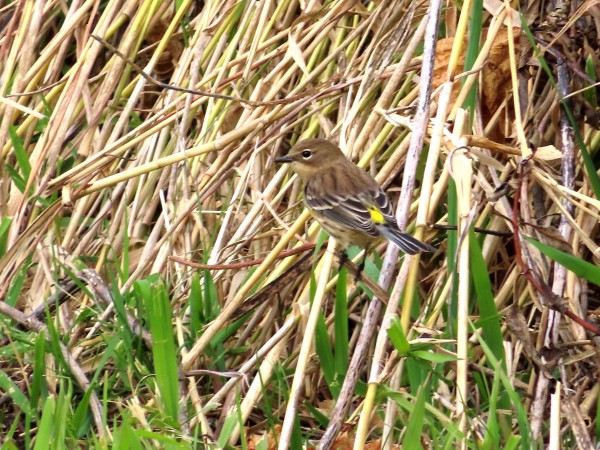 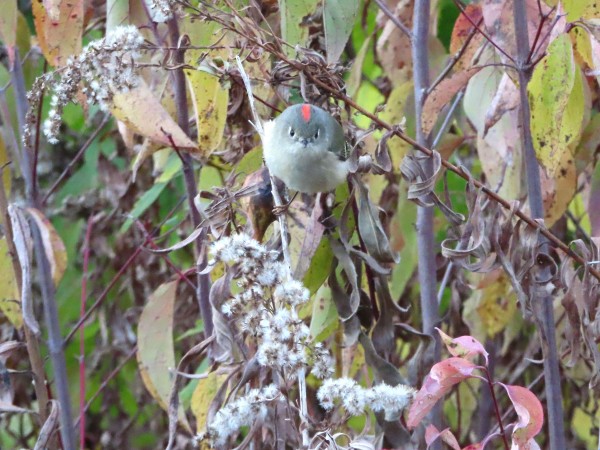 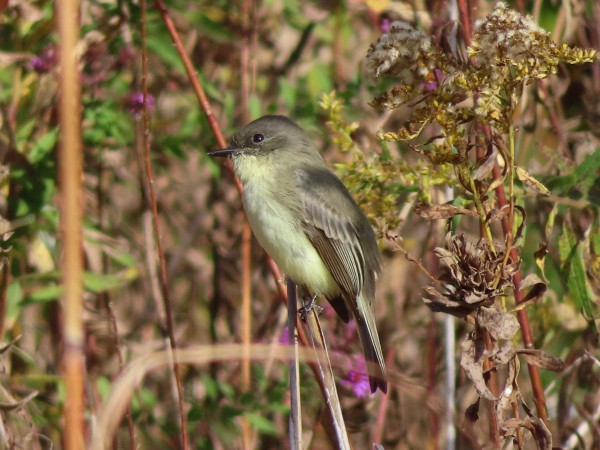 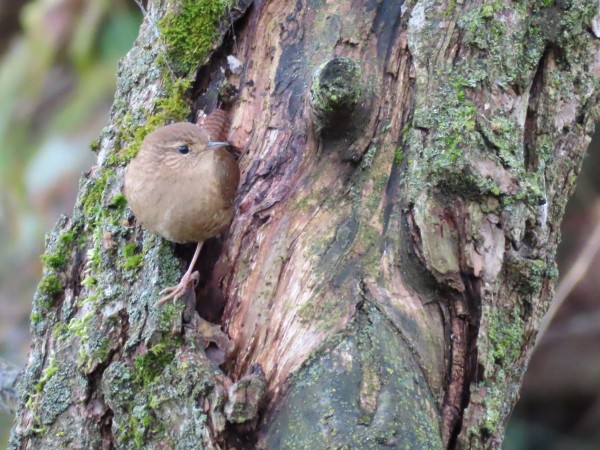 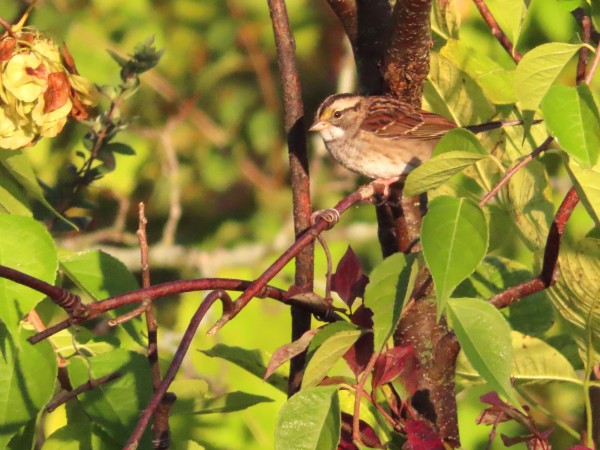 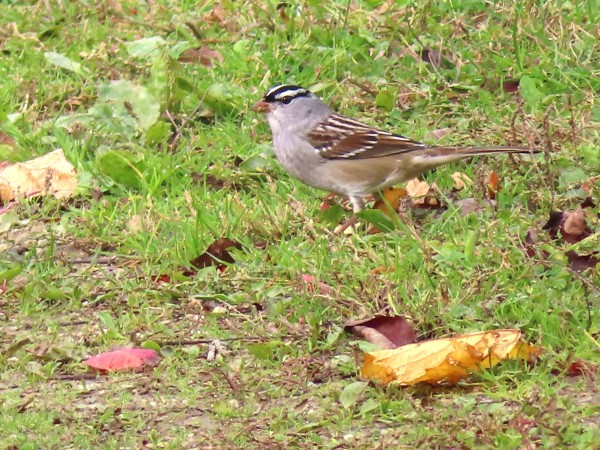