What’s happening in the world of birds but restricted to the Arboretum?

As the weather continues to get colder in the north more lakes are freezing over up there. This causes the ducks, geese, loons and swans to begin to migrate south.  More species of ducks have been seen on the lakes around the county. I’ve seen a few loons too. I’ve had two sightings of Tundra Swans but both were flyovers. I haven’t seen any swimming in a lake. Sunday when strong winds were blowing out of the north I saw several flocks of geese and ducks flying high in the sky riding the winds heading south.

Today I started my bird walk with an adult Bald Eagle soaring overhead. I don’t see eagles fly over the Arboretum very often so this was special to me and a good omen.

I finally found another winter species in the Arb this week. The Dark-eyed Juncos have been here for several weeks but this week I saw my first American Tree Sparrow and today I saw six of them. They have a gray head with a bold chestnut cap and eyeline. The upper body has a brown and black pattern and the wings have two wing bars. The underparts are mostly plain buff colored but with a distinctive dark spot in the center of the breast. It has a bicolored beak, dark above light below.

The birds have really been feeding on Crabapples in the Crabapple Collection. I caught a photo of an American Robin just as it plucked a crabapple. Flocks of Cedar Waxwings have been moving from one Crabapple Tree to another looking for just the right flavor of crabapple.  Unusually I saw a Red-bellied Woodpecker eating crabapples. More recently the European Starlings with their new plumage of black with white speckles have been working the crabapple trees too.

I’m still seeing a couple Yellow-rumped Warblers down at Big Spring. They have been there for about two weeks. I assume they find good food around the spring. We sometimes have a year when one or two stay for the winter. I wonder if this is one of those years.

I saved the most unique photo for last. Today there were two Ruby-crowned Kinglets working the low bushes at the edge of Leopold pines. They chased each other too. I saw that one of the kinglets had really exposed its ruby colored crown. I tried to take photos of that kinglet but it moved so quickly all the time that it was really difficult to get any decent photos. When I downloaded my photos I saw something I had never seen before.  Unfortunately the photo is not that crisp but the shape of the crown was a total surprise.

An early Happy Valentine’s Day to you! 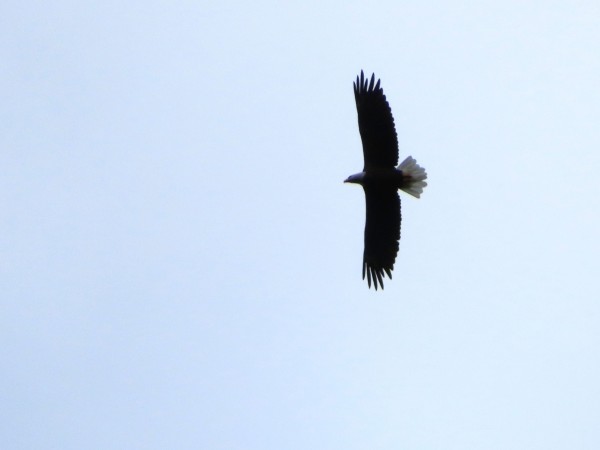 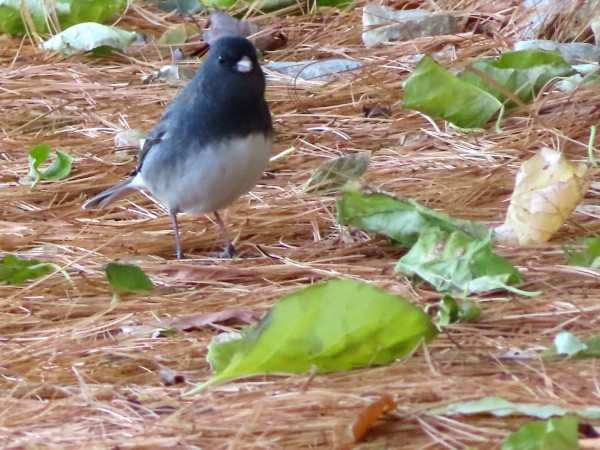 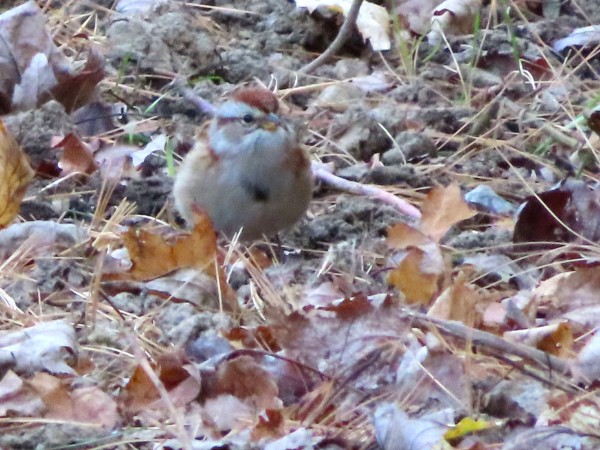 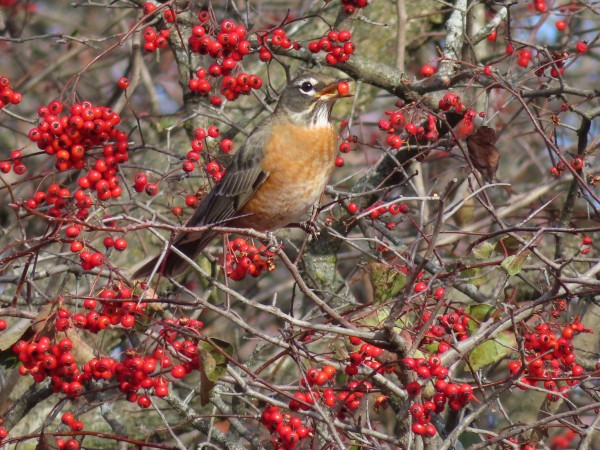 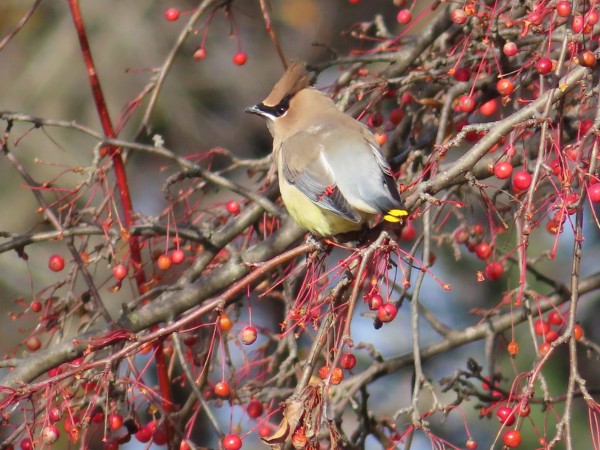 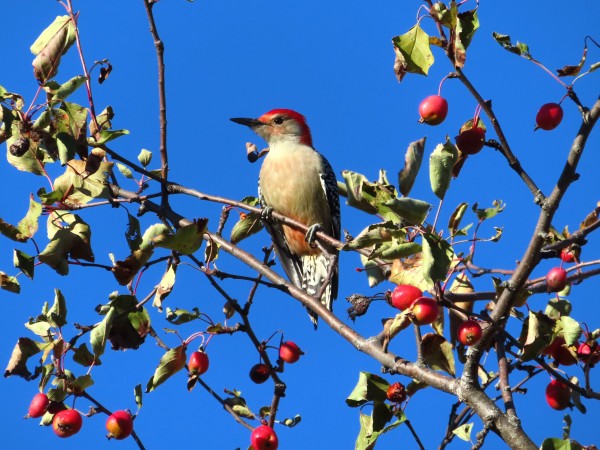 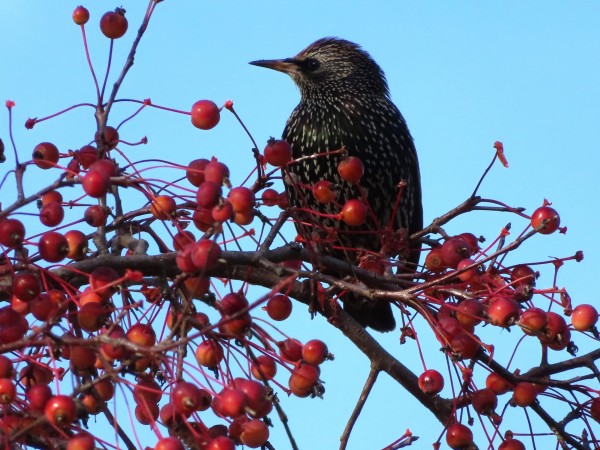 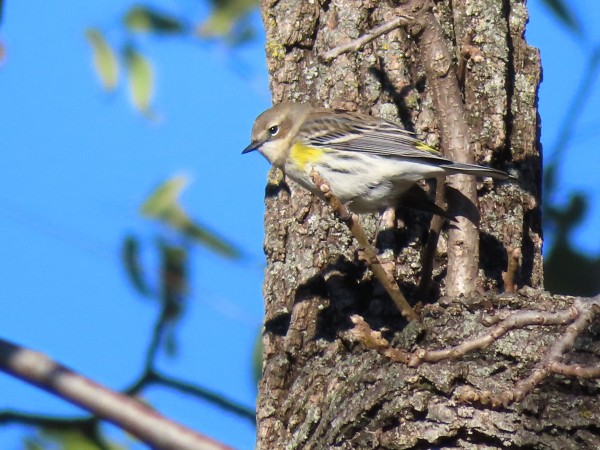 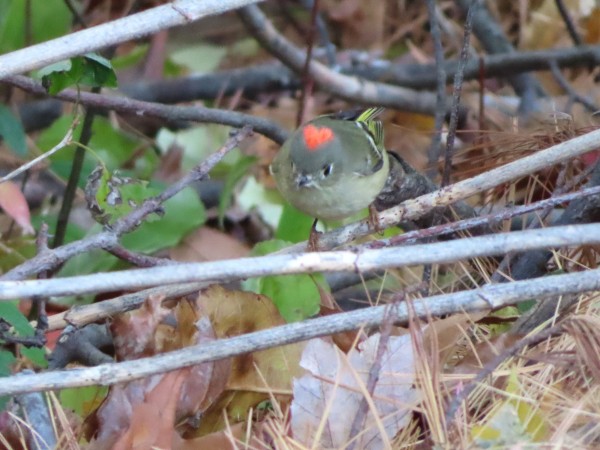