Let’s start with the weather this past week. It has been warm and feels more like September than November. The beautiful fall colors have faded to brown, dead leaves and now they are falling leaving many trees totally bare. Most of the wildflowers in the Arb have gone to seed. I’m not seeing many insects although I did see a mosquito today.

The number of bird species has really decreased. I thought with this warm weather there would be many but it was not so. I think many species headed south the week before. Remember there were a few cold days with winds out of the north. I think many birds took advantage of those north winds and rode them south.

Were there any new species arriving this past week. I haven’t seen them yet but other birders are beginning to see Common Redpolls and Red Crossbills. Last year we did not have either species here in Dane County but maybe the food supply is not that good this year way up north so they are flying south to find better supplies. Both species feed on the seeds in pine cones, especially the smaller cones of spruce trees. In past years I have seen them feeding in the Arb up in the Pinetum of the eastern part of Longenecker Gardens. I have also seen the Common Redpolls feeding on the seeds in the female catkins of the White Spire Birch and Sweet Birch. Three of each of these birch species are found just south of the Crabapple Collection. American Goldfinch eat these same seeds so check out all the goldfinches feeding in these birches to see if any are redpolls.

I’ve mentioned the other species of birds that only come in the winter in earlier reports. The Dark-eyed Juncos were the first to arrive and they are feeding on various grass seeds on the ground especially on Longenecker Gardens. American Tree Sparrows were next to arrive. I see them feeding on seeds that have fallen on the paths mainly in Curtis Prairie and also around the parking lot. And lastly the Pine Siskins arrived at least a couple weeks ago. I see them primarily at Icke Boardwalk and Teal Pond feeding on the seeds inside the small, pinecone-like female catkins of the European Alder.

If you remember last week’s report I showed you a photo of a Ruby-crowned Kinglet with a heart-shaped crown. Today I found the Golden-crowned Kinglet in that same location, west Curtis Prairie where it meets the Leopold Pines. In fact there were three of them flitting about. Like the Ruby-crowned they are in constant motion making it very difficult and frustrating when trying to take photos of these cute little things. I’ve tried the commands of “sit’ and “stay” but that never works. The Golden-crowned Kinglets have a yellow to almost orange bar-shaped crown on top of their head. So far they are heartless.

If you want to see birds this time of year in the Arb go to the Crabapple Collection. Most of the birds there are feeding on all the different varieties of crabapples. The primary eaters are the American Robins. I can easily see 30-40 of them flying all over the collection. They pluck the crabapples and eat them whole. Many Cedar Waxwings were feeding on the crabapples a few weeks ago but now I’m only seeing a few. House Finches and Purple Finches eat crabapples but only in small pieces. Their beaks are a mess with all the littles bits stuck to the sides. All the birds up in the crabapple trees tend to drop lots of crabapples to the ground. Guess who’s there to gobble (hint) them up? That’s right, the Wild Turkeys.  Occasionally one or two turkeys will fly up into a crabapple tree to pluck the crabapples directly from the tree. The turkeys in the tree drop a lot of crabapples feeding all their buddies on the ground below.

The House Finches and Purple Finches also eat the abundant seeds of the Japanese Tree Lilacs located on the northern edge of the parking lot.

Blue Jays are always flying around the Arb but surprisingly not that easy to photograph. Their plumage is really beautiful if you look closely.

My last photo is of a small flock of Canada Geese on Lake Wingra.  Sometimes when the lake is calm and the light is just right they can look quite nice.

Good health and good birding to you all, 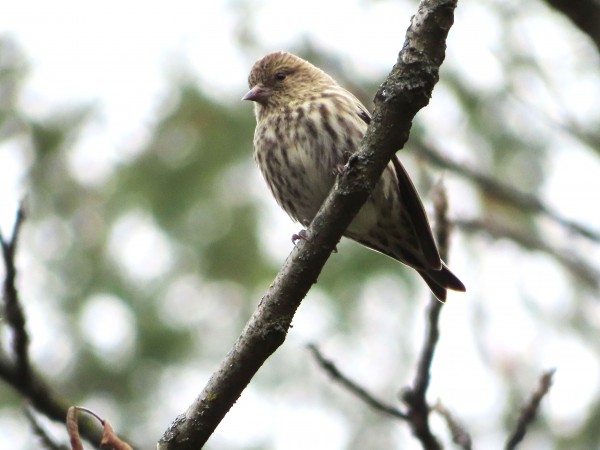 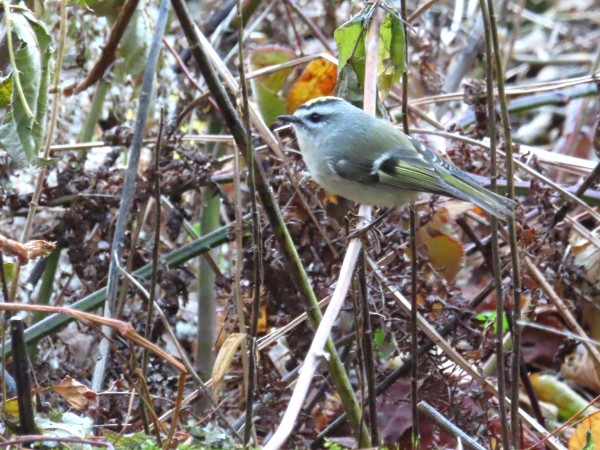 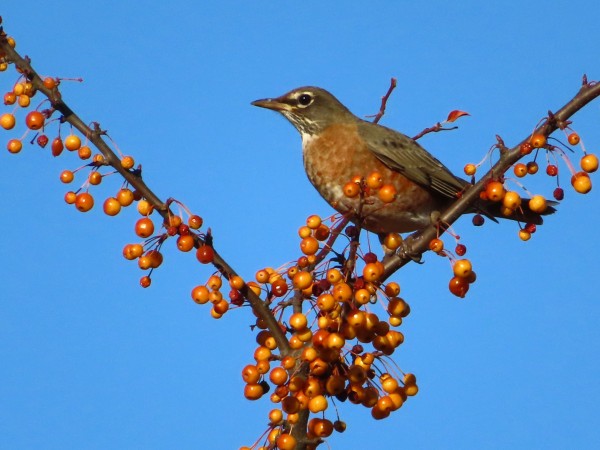 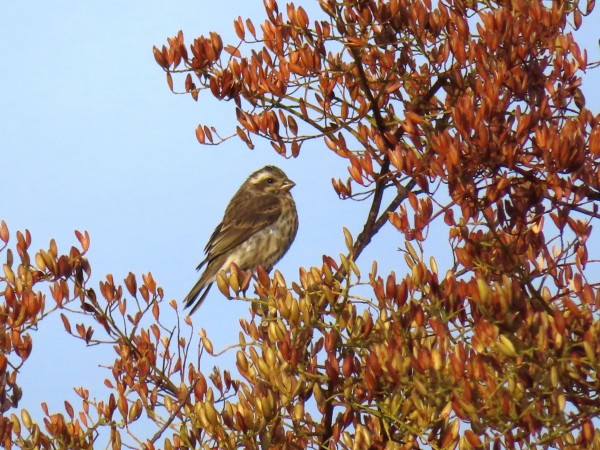 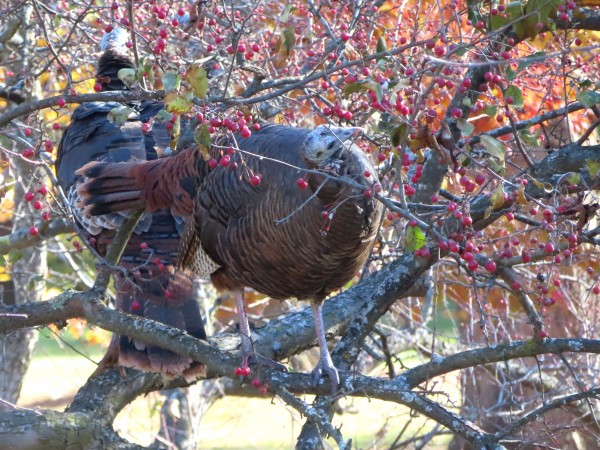 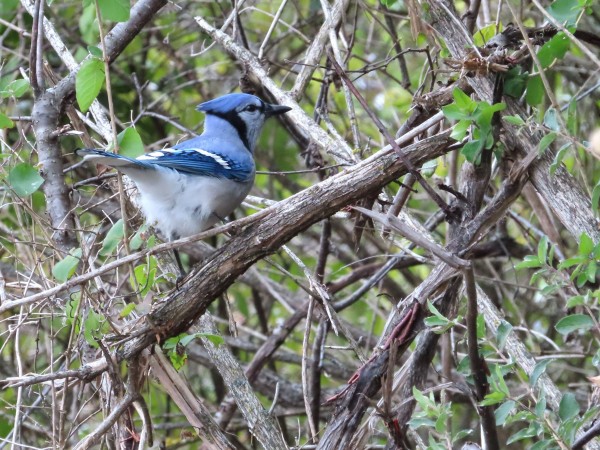 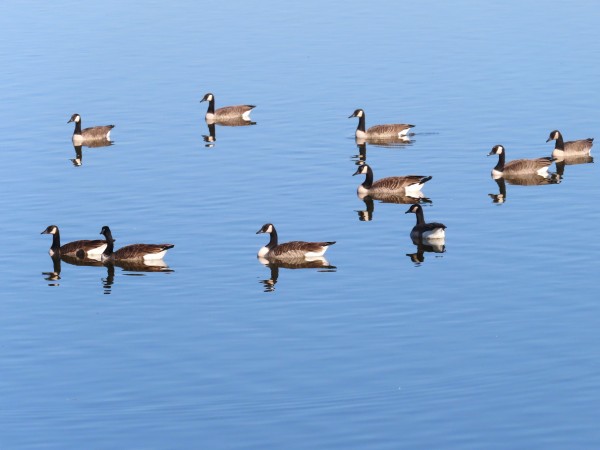