Okay, let’s talk about birds in the Arboretum.

There have been numerous reports of an “irruption” of finches into the U.S. from way up north especially from Canada but also from as far away as Alaska. The irruption is due to a lack of food such as fruit and seeds in those areas that feed the finches in the winter. So the finches fly south to find food. The birds we are seeing in the Arboretum and Dane County are Pine Siskins, Purple Finches, Red and White-winged Crossbills and Common and Hoary Redpolls. Besides those finches Red-breasted Nuthatches have come south too. They have been seen in the Leopold Pines and the Pinetum of the eastern part of Longenecker Gardens.

With the 8-10 inches of snow covering the ground there have been more birds feeding on the crabapples in the Crabapple Collection. Today I saw American Goldfinches and House Finches eating the crabapples. They eat small bits at a time. Of course the Wild Turkeys and American Robins are eating crabapples too. They gulp them down whole. When I went to Teal Pond I found an American Tree Sparrow perched on a limb of a downed tree and an American Robin perched at the top of a juniper.

Today as I walked through the Arboretum and admired the winter wonderland of snow flocked trees I had two great sightings. While I was standing on the Icke Boardwalk I heard and then saw a Pileated Woodpecker fly over and land in a dead tree. I only see and/or hear them once every other week so this was special today. The other bird I saw for the first time this winter was a Northern Shrike. It was perched at the top of one of the tall Burr Oaks that is part of a clump of Burr Oaks in the middle of Curtis Prairie down the path from the pump house. The Northern Shrike is a winter visitor only. It is about the size of a cardinal, mostly gray above and white below but has a distinctive black mask. It feeds on small rodents and has the unusual habit of storing its killed prey on thorns of thorny trees and bushes. When you visit the Arboretum scan Curtis Prairie and look for a Northern Shrike at the top of big and small trees and even bushes.

In addition to the irruption of finches there is also a mild irruption of Snowy Owls this year. Ryan Brady, a DNR biologist, reports that as of December 10th 47 Snowy Owls have been reported in Wisconsin. Most have been found along the eastern part of Wisconsin near Lake Michigan. I thought I saw one from quite a distance in the Arboretum on Sunday after the snowfall on Saturday. Upon closer inspection it had sticks for wings and is pictured in the 8th photo. I don’t think a child made this. I think an adult with a youthful spirit built this on the railing of the Pond 2 boardwalk.

The last photo is of stacks of bubbles in the ice at Pond 2 that I saw a few years ago.  hink about how these form.

All good health to you as well as good birding to you too, 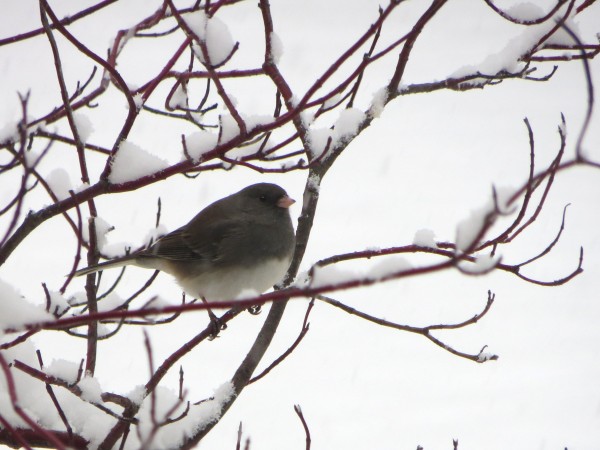 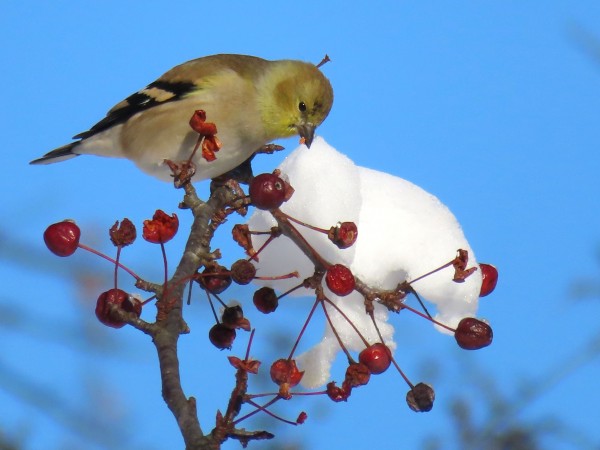 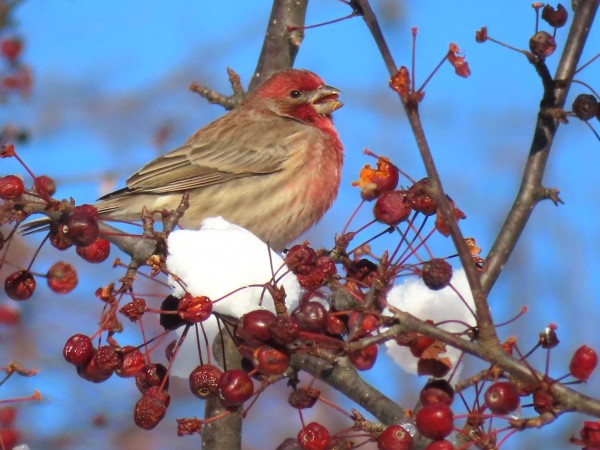 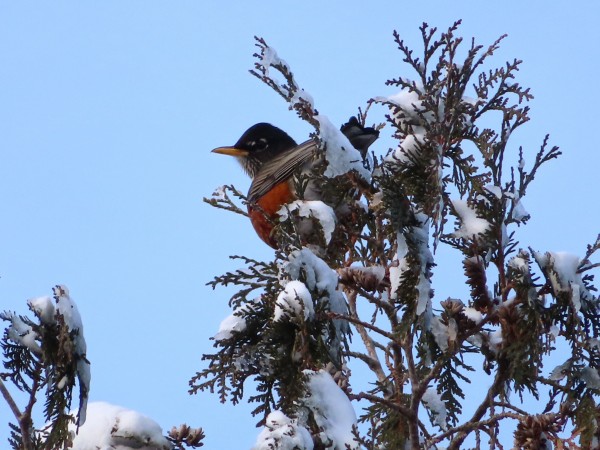 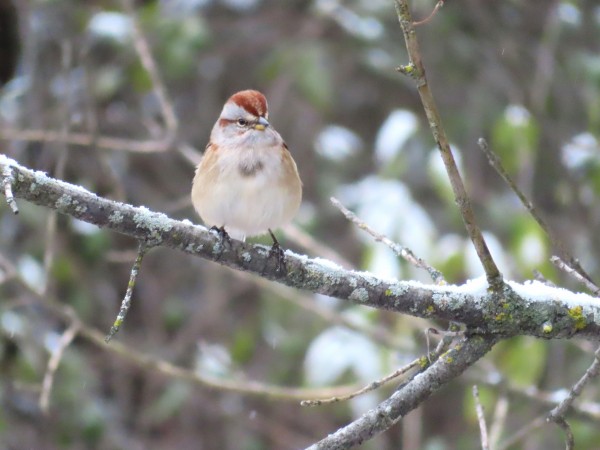 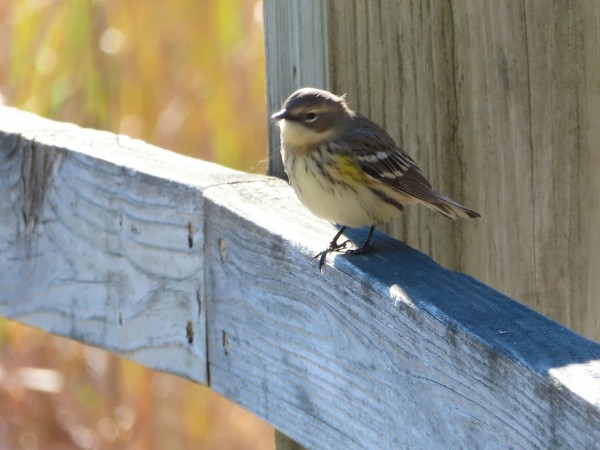 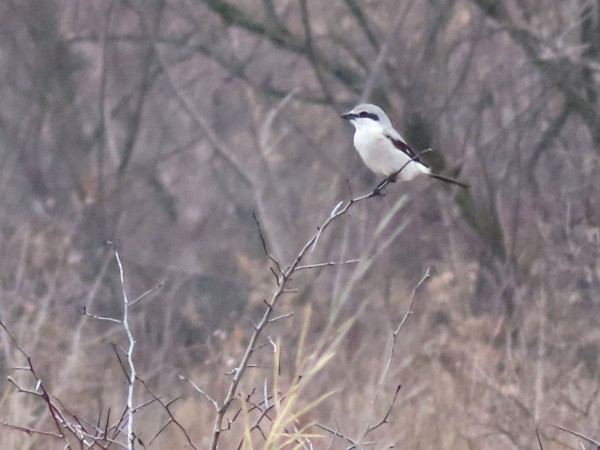 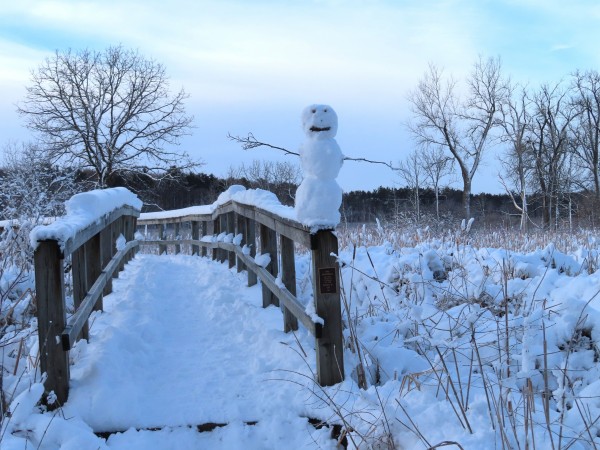 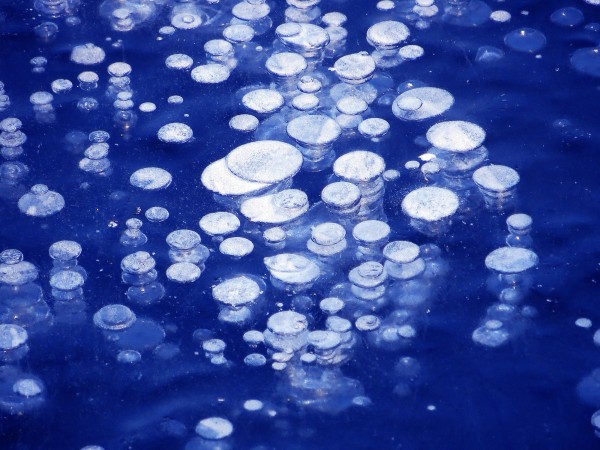