Last Saturday, December 19th, was the day chosen for the Madison Christmas Bird Count (CBC). The circle is divided into 23 Areas. Each Area has a captain who recruits a number of people to help find birds in that area during that day. The Arboretum is contained in Areas 13 and 14. This year was a bit different because of Covid-19. We needed to take all the necessary precautions like mask wearing and social distancing and instead of gathering together for the compilation of all the birds seen in the circle we had a Zoom meeting instead. At the end of the day there was a 7:00pm Zoom meeting of all the area captains operated by Brenna Marsicek of the Madison Audubon Society. Brenna read a long list of birds and captains would respond with a yes to any of the birds seen in their respective areas. This was a rough compilation of how many species were seen in the circle. That number was 95 different species. I birded in Area 13 and we saw 35 species. When all the captains turn in their compiled sheets the most accurate number is determined. There are about 100 Circles in Wisconsin and all counts must be completed sometime between December 14 and January 5.

What are the birds in the Arboretum doing these days?

The two best birds that my group saw or heard for Area 13 were a Northern Saw-whet Owl and some Common Redpolls. The Northern Saw-whet Owl was heard in one of the pine trees in Longenecker Gardens. It actually called for us at about 9:00am. We tried to find it in the tree but, try as we might, we could not find it. It is a small owl, only 7-8 inches long with a relatively large head, facial disks and eyes. We all wish we could have seen it in the daylight. Maybe next year. The Common Redpolls we saw were mixed in with some Pine Siskins and both were feeding in the European Alders at Icke Boardwalk. They find seeds in the female catkins that look like small pine cones.

Another special bird that we found last Saturday was a Carolina Wren. We found this one just outside of the Arboretum but they have been seen within the Arboretum too. With the warming of the climate Carolina Wrens have started to move into Wisconsin and now there is evidence that they breed and also overwinter here.

There are several springs in the Arboretum that maintain open waterways for certain birds that normally migrate south. Two of those species are the Great Blue Heron and the Belted Kingfisher. I’ve talked about the Great Blue Heron before but a couple days ago I saw the Belted Kingfisher come rattling into the outflow of the Big Spring. It can catch fish in the open water fed by the spring all winter. It perched near the water and stayed long enough for me to get a not so great photo.

Saving the best for the last, a vagrant bird was seen during the Madison CBC and in Area 14 of the Arb. It was a Spotted Towhee. It is a western bird and very rarely if ever seen in Wisconsin let alone seen in the Arboretum. It looks similar to the Eastern Towhee in that it has a black head and upper sides, rufous flanks and white underside. However it has many more white spots on its upper side than the Eastern.

To remind us all of the season I’ve attached another ice photo taken down at Pond 2 while it was freezing over.

I wish you all very Happy Holidays and to make your holidays even better get out in nature and go birding,

The best of health to all of you, 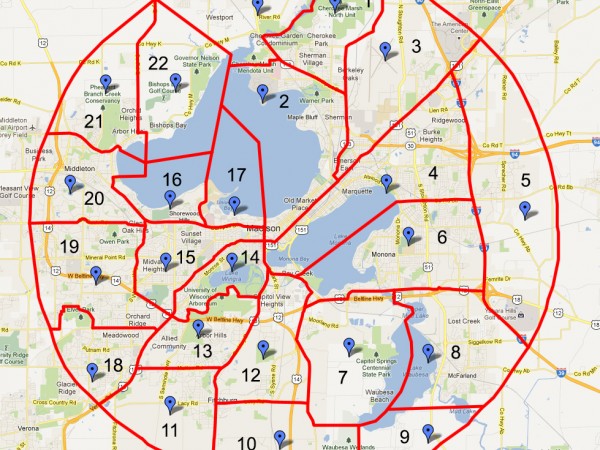 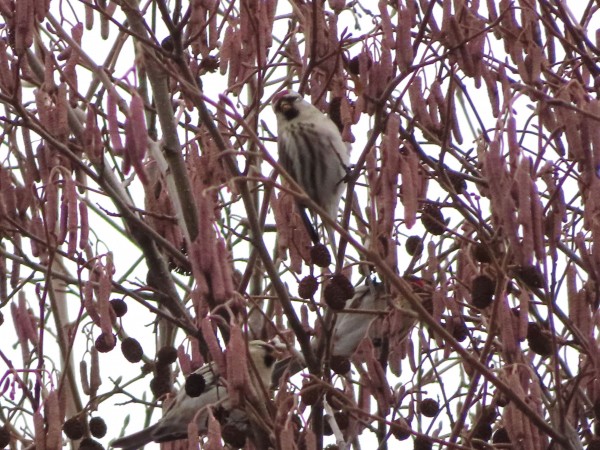 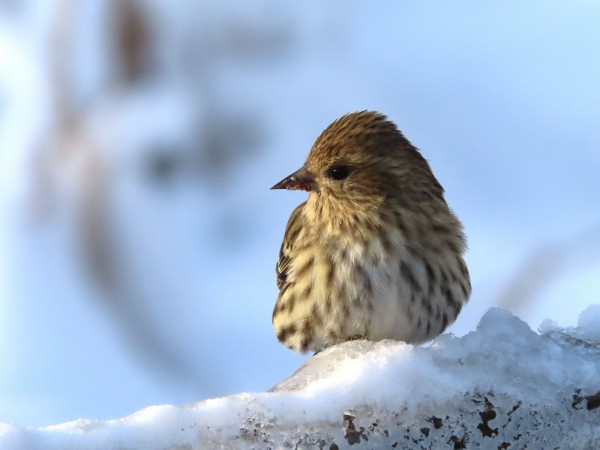 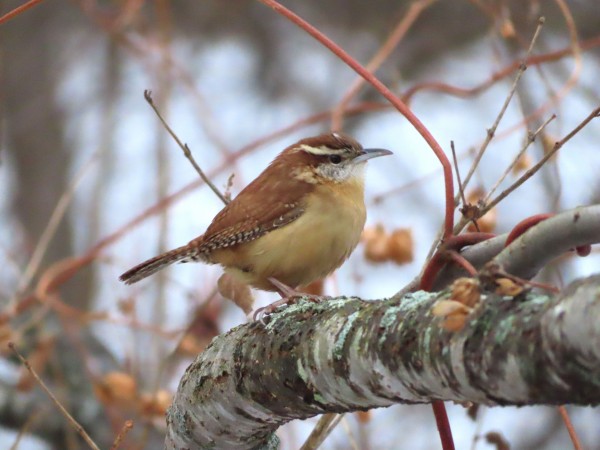 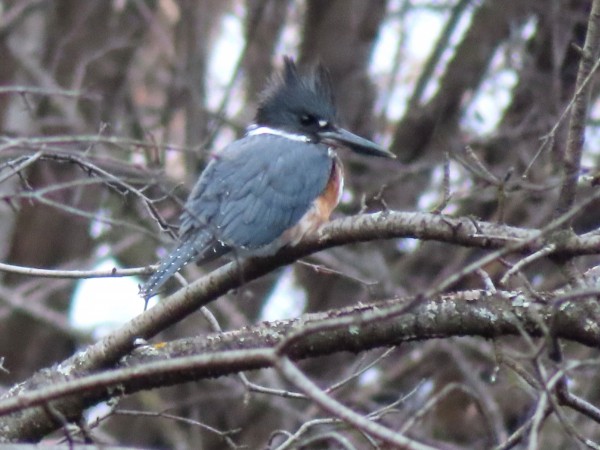 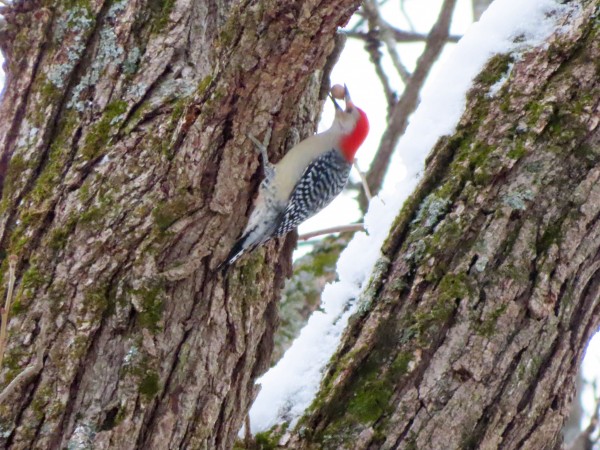 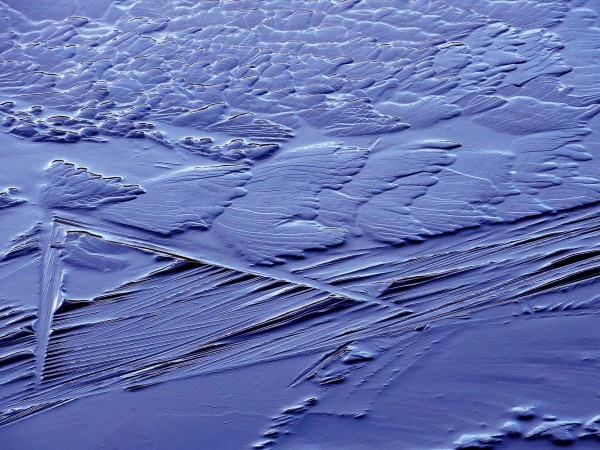