Birding is still pretty quiet these days in the Arb. I feel lucky to be able to find 20 different species. Today an overcast sky kept the Arb in subdued light. Shortly after I arrived I saw a Cooper’s Hawk fly low over Curtis Prairie and land in a tree over by the pump house. They are often out and about early in the morning looking for something to eat or playing tag with the American Crows.

In addition Tim Eisele and I saw three Red-tailed Hawks. I think I mentioned in an earlier report that an adult pair raised two young this spring over by Curtis Pond. The young are full grown now and still staying in the Arboretum.

From the parking lot we walked toward the crabapple collection. Just before entering the area of the crabapples we stopped at the White Spire Birches. I always look for American Goldfinches eating the seeds from the female catkins of these birches. Today there were two doing so. This also is where I have seen Common Redpolls eating the same seeds. I haven’t seen them in the birches yet this year but I’m hopeful that they will stop for a meal sometime this winter.

As we walked through the pinetum (the pines at the eastern end of Longenecker Gardens) we heard and saw a Red-breasted Nuthatch. This past couple months I have been seeing one over by the Leopold Pines and one or two in the pinetum.

As an aside I went to a tree farm today after birding to cut a Christmas tree. When I got the tree home I removed the twine wrapped around the tree to hold the branches together.  Guess what I found hidden in the branches? That’s right, it was a Northern Saw-whet Owl. That’s the same owl that was found in the Christmas tree set up at Rockefeller Center. My apologies to all of you, I am a Lyre Bird or should I say Liar Bird. If you want to see the story of the Lyre Bird as told by David Attenborough go to You Tube and play the video.  Fascinating. The Lyre Bird does not lie.

To continue our birding in the Arb we walked along Arboretum Drive and came across some feeders at the houses right next to the Arb. There were lots of birds feeding at the feeders. One caught my eye because I hadn’t seen it for a while. It was a Tufted Titmouse. I gave it my rising whistle call and it responded to me. We sang back and forth several times.

I’ve added two photos of waterfowl seen on the lakes near the Arboretum. One is of two gulls on a lake side by side. The two gulls are different species but both are common gulls.  Can you identify them?  The second is a photo of Canada Geese tipped up with the back half up in the air while the head, neck and front half are under water eating from the bottom of the lake. These Canada Geese were only a few feet off shore where the depth of lake was only two to four feet. I noticed as they sat on the water they were rocking slightly from side to side. What caused the rocking was that they were treading water with their feet stirring up the bottom to uncover something to eat. They would then paddle their feet to tip over putting their front halves down toward the bottom of the lake with their rears pointing to the sky. Interesting behavior.

My last photo is really icing on the cake or actually ice forming on the surface of Teal Pond. It’s amazing how complex the crystalline pattern is. 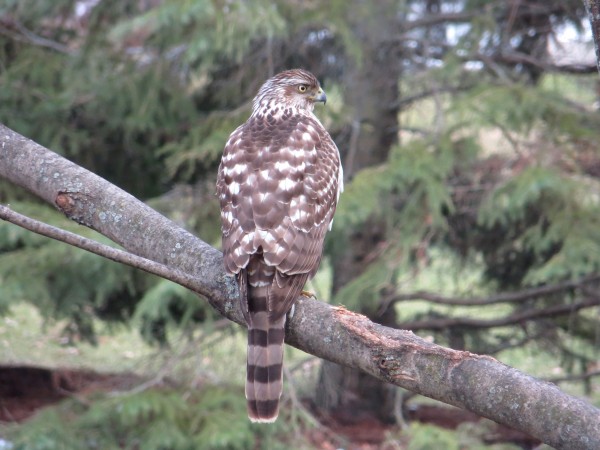 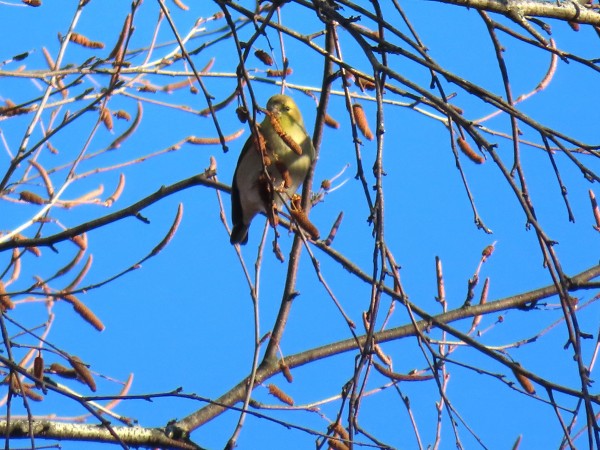 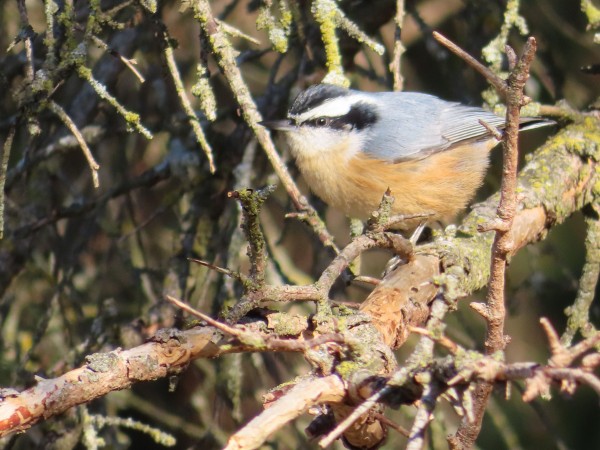 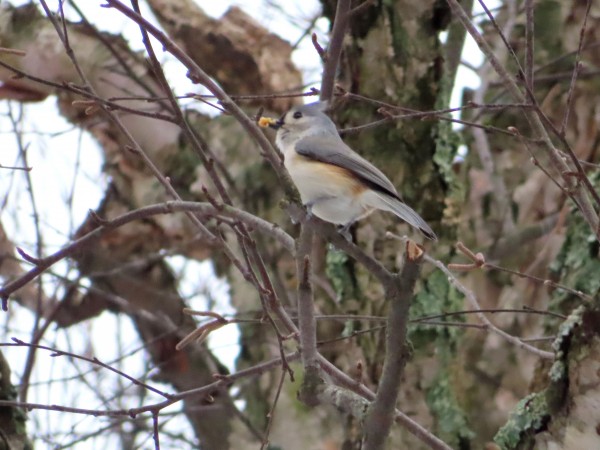 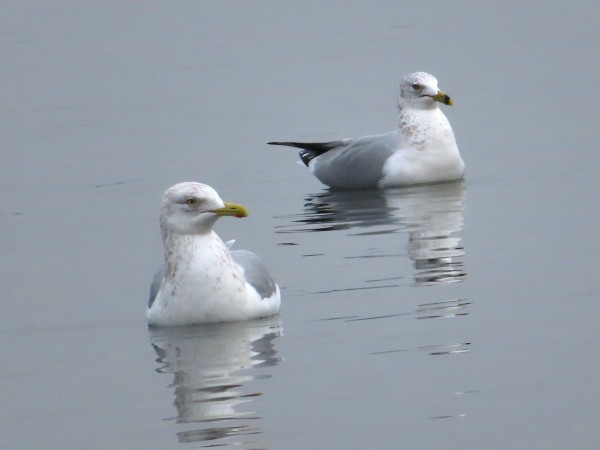 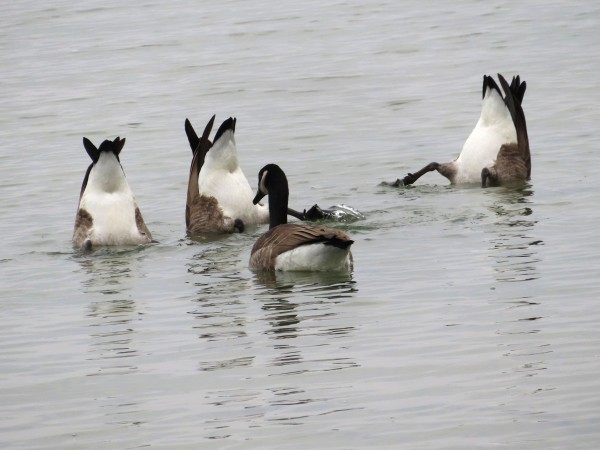