The goal of birds preparing to migrate is to put on fat. Scientists at Cornell Lab of Ornithology tell us that hummingbirds can consume their entire body weight in sugar water or nectar every day — plus as many as 2,000 tiny insects. It’s not unusual for a hummingbird to double its weight during pre-migration hyperphagia. A 3-gram hummer adds 2 grams of fat to power its migration. Instinct tell them when they are fat enough to migrate.

Fat is an ideal fuel for migratory birds. The yellow fat that hummers store from their pre-migration pig-out is rich in energy. Fat is also an easy fuel to store. A surprising amount of fat is deposited in pockets of space in the bird’s body and around organs. One area is the wishbone area, near the sternum. Another is along the flanks where the legs attach to the body. Fat stored this way keeps the bird’s weight efficiently spread around.

The stored fat will burn off during migration, giving more than twice the energy per gram than from burning carbohydrates or protein. In addition, twice as much water is produced from burning fat as from burning protein or carbohydrates. The water helps protect the long-distance migrant from dehydration.

How much fuel is in that fat?

Bird scientists have calculated that the fat added through pre-migration feeding frenzies is enough to fuel nonstop flying nearly 600 miles for a typical hummingbird. Ruby-throats that are believed to migrate from southern Florida to Mexico’s Yucatan Peninsula could complete their entire migration (about 525 miles) without needing to re-fuel! That’s good, since hummingbirds taking that over-water route have no rest stops along the way.

But distance isn’t the only factor in fuel consumption; other factors, like weather, can affect the amount of fuel needed for migration. Ruby-throated hummingbirds migrate during peak hurricane season. Strong headwinds in the Gulf can deplete their energy resources and may prove too much for weaker birds that didn’t gain quite enough weight. Survivors arrive exhausted and super hungry. The fattest birds have the advantage, as they can use any remaining stored fuel to sustain them until they have more time and energy to search for flowering plants in their winter habitat.

“Handling these birds is amazing. There’s SO much fat all over, they feel squishy in the hand. When they perch, rolls of flab bulge from their necks as they move their heads, and the fat store on the back looks like a dowager’s hump.” 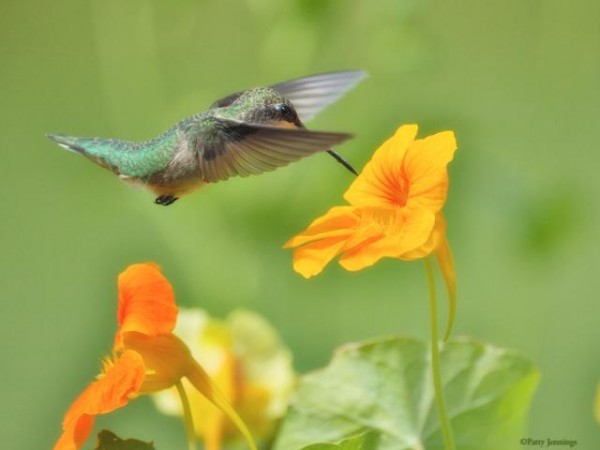 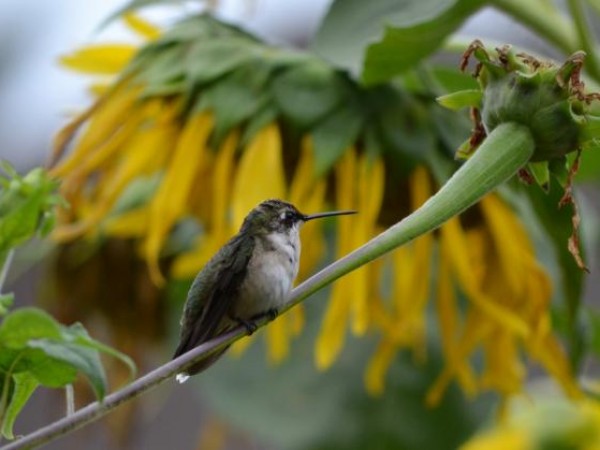 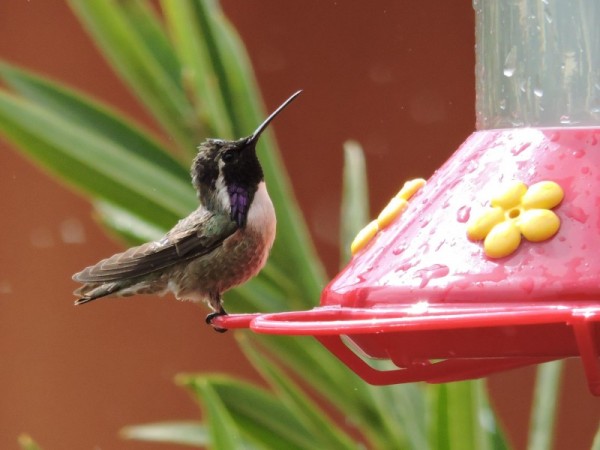 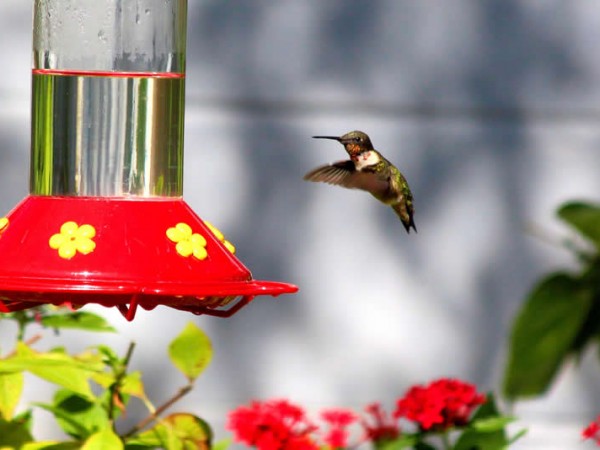 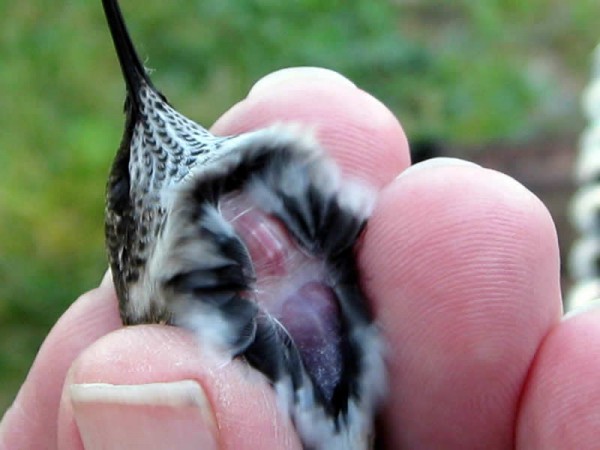 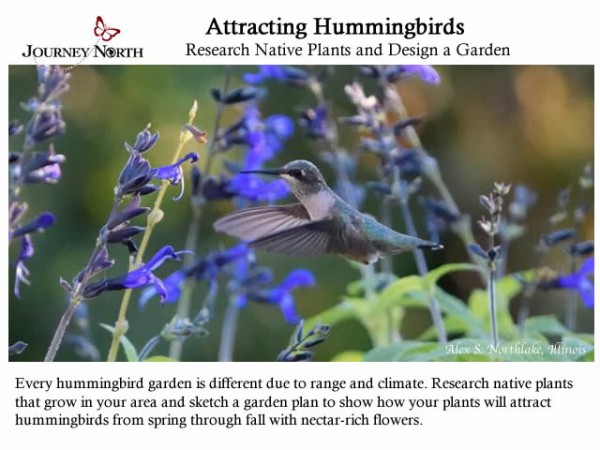