Estimating How Far and How Fast Ruby-throated Hummingbirds Travel

Traveling Southward
At the end of summer and beginning of fall, Ruby-throated Hummingbirds start migrating toward their wintering grounds. How quickly will they travel southward?

Passing Through
Think about how far a hummingbird visiting your flowers and feeders today would be a week from now if it traveled 25, 50, or 100 miles per day.

Going the Distance
Guanacaste, Costa Rica is more than 1,500 miles south of the Mexican border. Hummers that travel overland fly across 4 countries to get there — Mexico, Guatemala, Hondouras, and Nicaragua. The distance across these countries equals or exceeds the distance most hummers travel in the U.S. and/or Canada.

Use Google Earth to explore possible distances a hummingbird would travel along various migration pathways — over land and/or across the Gulf of Mexico.

Costa Rica is at the far end of the wintering range. Normal arrival time there for hummers is mid- to late October, according to records kept at La Selva Biological Station.

“I saw the first sighting of a mature male on Tuesday, October 11, 2016, a little earlier than our average arrival date of October 21st. My home is located in Bagaces, Guanacaste in the foothills of the Miravalles Volcano. The hummingbirds usually arrive here at one of the wettest times of the year.”
— Patricia Nethercote from Costa Rica 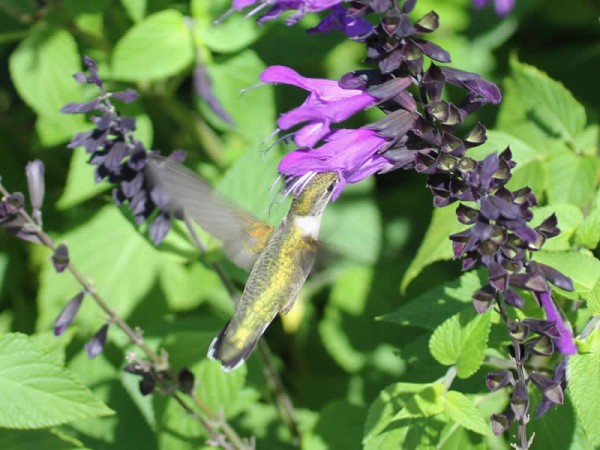 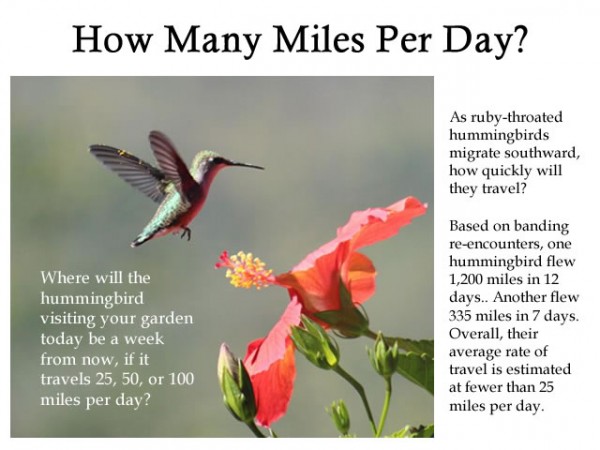 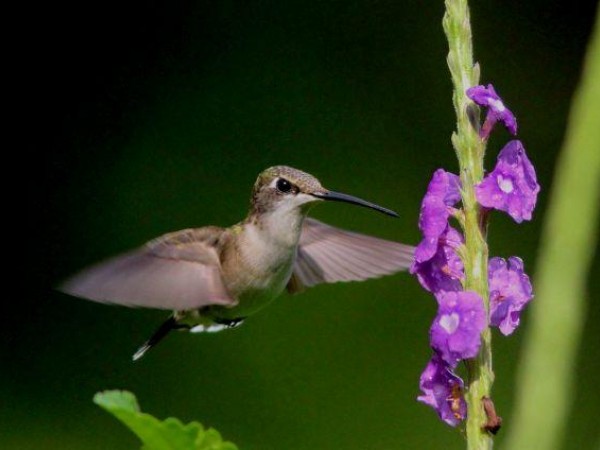 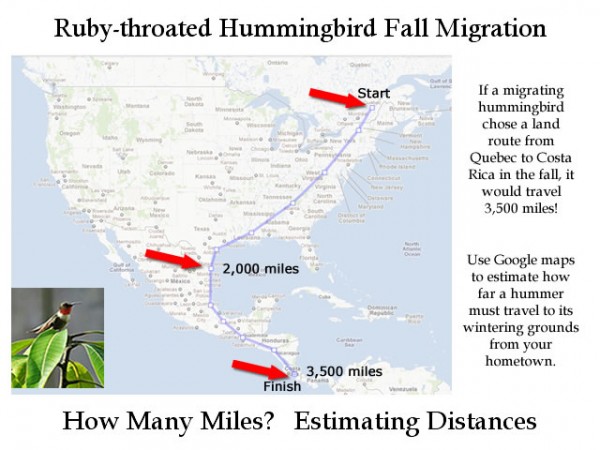