By Allison Heater, Researcher Aboard the Atlantis

We were at sea off the coast of Louisiana (about 100 miles) doing scientific research when three or four hummingbirds visited our ship. We confirmed at least 2 of them were rubythroat males.

We spotted them first thing in the morning, so we weren’t sure how long since they arrived. The weather was relatively sunny and warm.Checking our data we noted the winds were out of the south overnight, however, they were east, and mostly 8 knots or under all morning. In the afternoon, the winds were building - probably averaging more like 12-14 knots.

After spotting the hummingbirds, we quickly set about making some sugar water feeders. We made them out of plastic bottles and tygon tubing. At the end of the tube, we added red caps to attract the birds.

The male rubythroat pictured sitting on the rail was a bit of a bully, chasing the others away from the feeders. We tried putting a feeder further forward on the ship to prevent feuding, but the birds seemed to prefer the original feeders. By the next day, there was still some sugar water in the main original feeder, but the hummers seemed to have moved on, which is probably a good thing.

I had seen a few single hummingbirds pass the ship in the past couple weeks that we’ve been out here on the Gulf. They would do a couple loops checking out anything red, such as signs and fire extinguishers, but never stayed long enough for us to rig up a feeder. These three, or possibly four hummingbirds hung out for a couple hours before we got feeders out.

It was fun having the visitors, but I am very glad they moved on. We sometimes get birds that end up out on the ship that just stay and end up dying because they are bug eaters and we have no way to feed or help them. The hummingbirds looked healthy and spent the whole day hitting up the feeders. 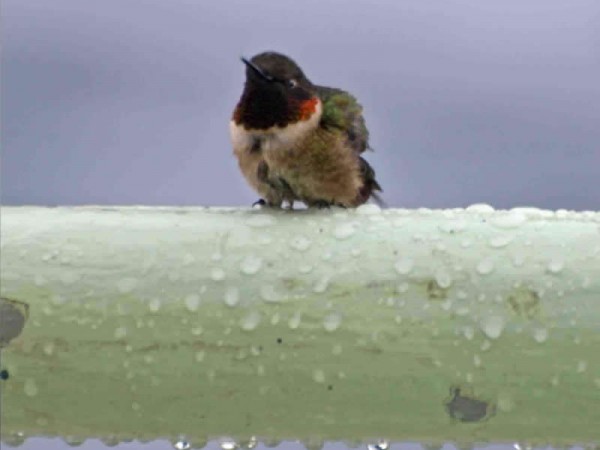 Resting aboard the ship about 100 miles out to sea 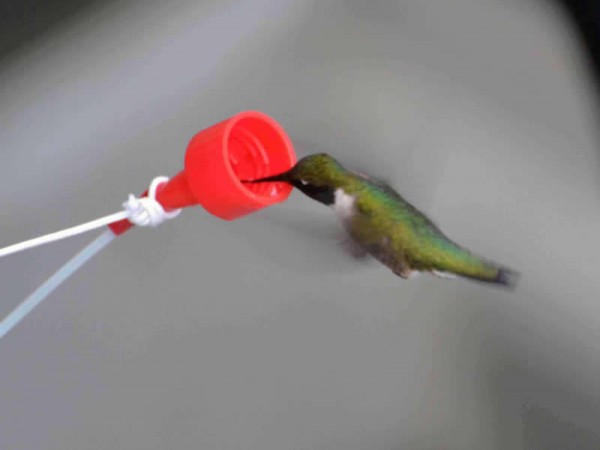 We rigged a sugar-water feeder.

Hummingbirds migrate up to 600 miles across the Gulf, from Mexico’s Yucatan Peninsula to the U.S. coast. 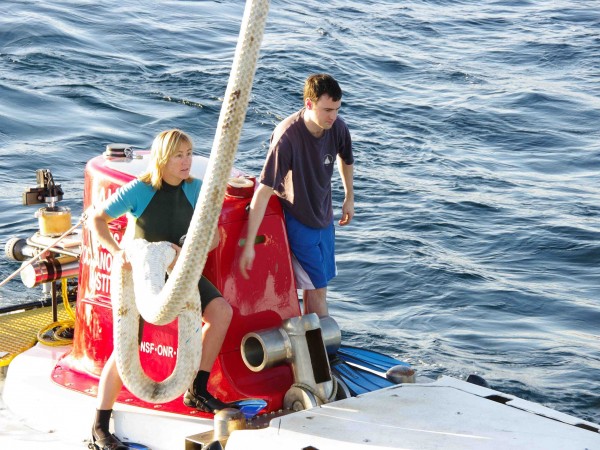 Our ship carries the submersible, Alvin, that takes scientists down to as far as 4500 meters below the surface to do research. That’s me assisting with the Alvin.