Most Ruby-throated Hummingbirds winter between southern Mexico and northern Panama. The first spring migrants arrive in the U.S. Gulf States. What routes do they take? If they fly over the Gulf, how do they survive a 500-mile flight with no food or rest? When do the first ruby-throats reach their breeding grounds? What habitat conditions do these tiny birds need when they arrive? 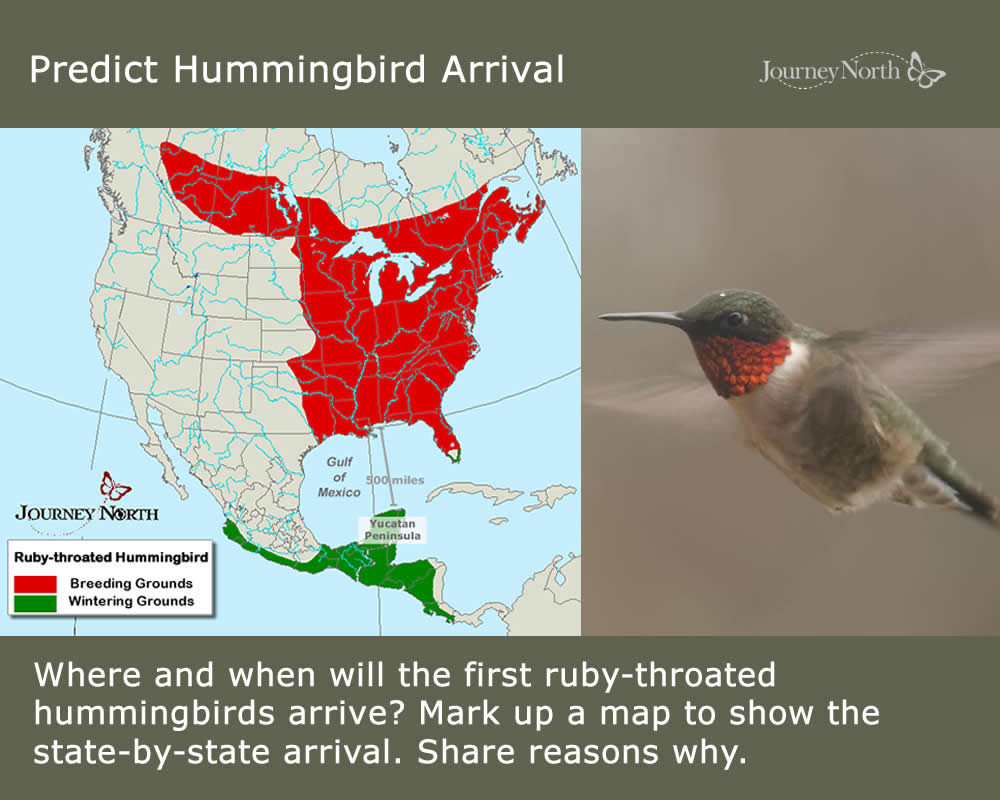 Where, when, and how do Ruby-throated Hummingbirds migrate in the spring?