Estela Romero and Ellen Sharp provide updates from monarch sanctuaries in Mexico. Farther north in the US, many monarchs remain on their journey. Out west, Gail Morris reports on the final leg of migration. 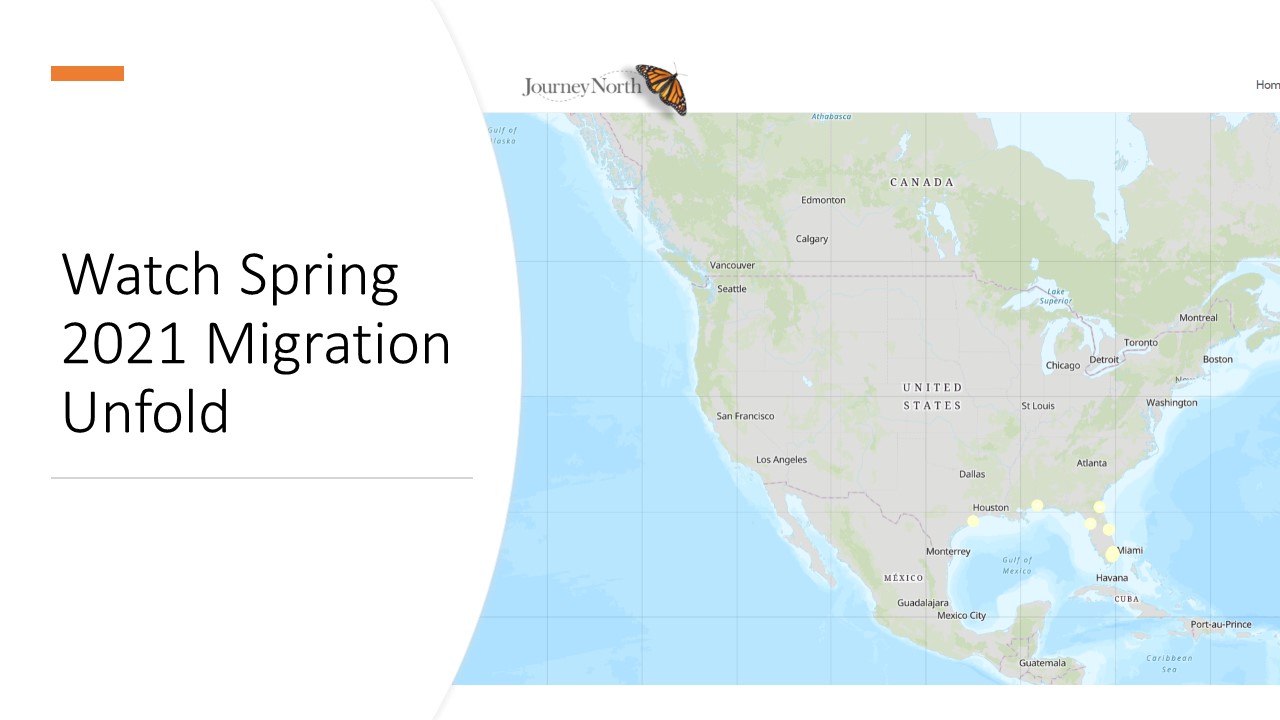 With her youth observers, Estela Romero reports on waves of arriving monarchs and describes the meaning of Día de los Muertos (Day of the Dead) and limitations imposed by the pandemic. She writes, “Massive arrivals of monarchs are underway. We see endless waves of monarchs as they make their way to the Oyamel trees. It is lovely to see the bright, golden-brown-to-orange specks float across they sky as they are carried softly by the warm wind.”

This fall, the first (observed) monarch arrivals within the Monarch Butterfly Biosphere Reserve were spotted by Forest Guardians at the Cerro Pelon Monarch Butterfly Sanctuary on October 23. Ellen Sharp, co-owner of JM Butterfly B&B and Ecotours and co-founder of Butterflies & Their People, generously shared a letter with Journey North about migration happenings at Cerro Pelon. Ellen provides updates on monarch sightings, Día de los Muertos (Day of the Dead), and the challenges facing Cerro Pelon and the surrounding communities this year.

More monarchs are edging closer to overwintering sites as reports continue to pick up throughout Mexico.

Elsa in Monterrey, NLE: “Monarch butterflies flow this afternoon, I counted 240 in 10 minutes, and they continued to pass quietly. 21 degrees C, light wind 10 km / hr, they go to the Huajuco Canyon. Around 5 pm they began looking for a place to perch in the tallest trees in the neighborhood.” (10/28/2020)

Farther north in the US, monarchs are en route to Mexico.

Kathi in Bay City, TX: “Dozens of monarchs are starting to pass through this coastal location- an annual stopping point! … Roosting is anticipated as there are several canary island palms in the area.” (10/30/2020)

Monarch migration is slowing out west. As Gail Morris writes, “This week monarch sightings were limited to coastal California and the southern deserts of Arizona after a recent cold spell that dropped temperatures below freezing in the higher elevations of the region. Despite the low temperatures, small pockets of rabbitbrush and other flowers were still available as limited nectar resources to monarchs on the final leg of their migration journey.”

Weekly Monarch News Updates will conclude on November 25. However, periodic updates from Estela Romero in Mexico during the months of December, January and February will continue. Keep watching and reporting! 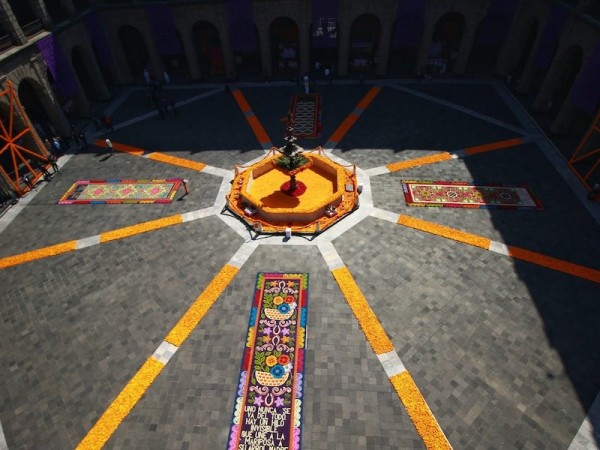 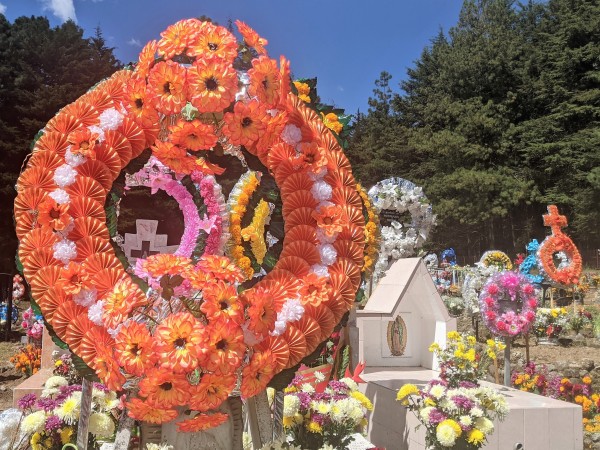 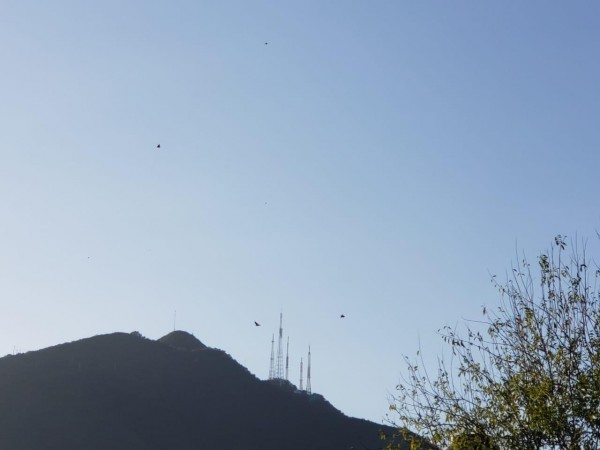 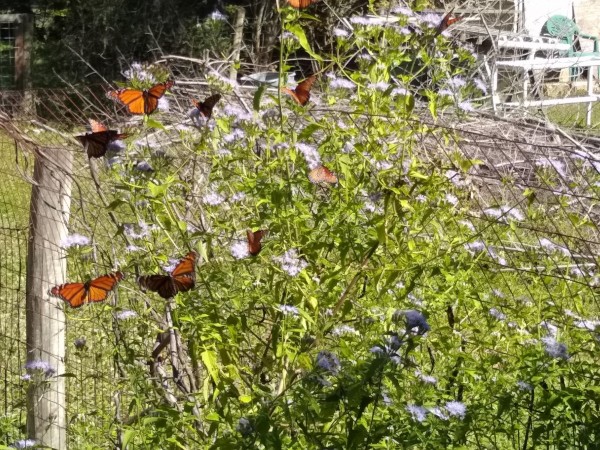 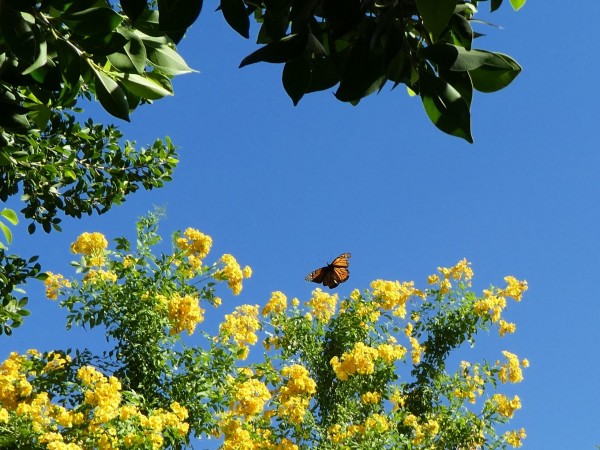 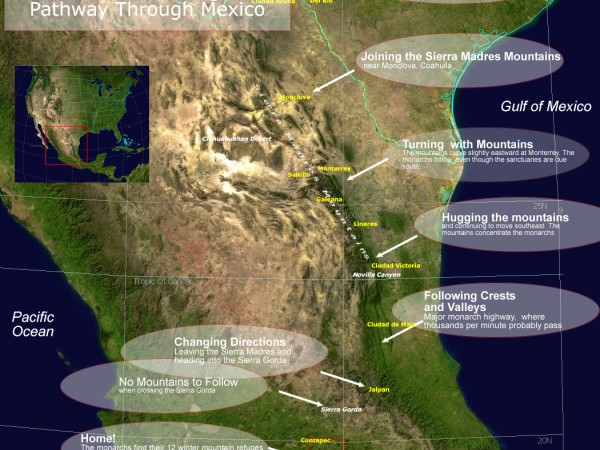 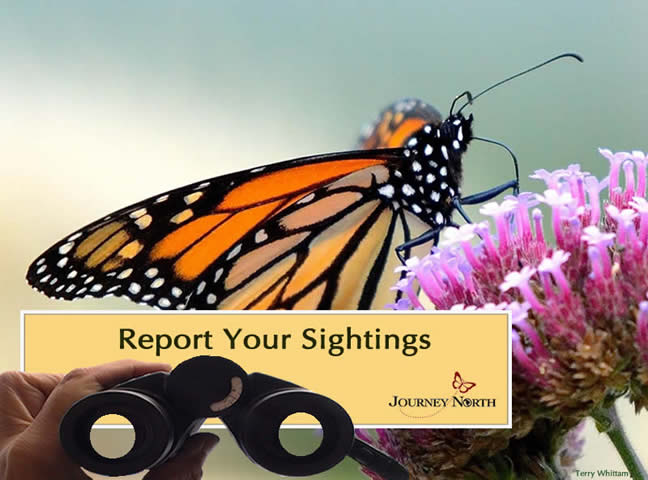 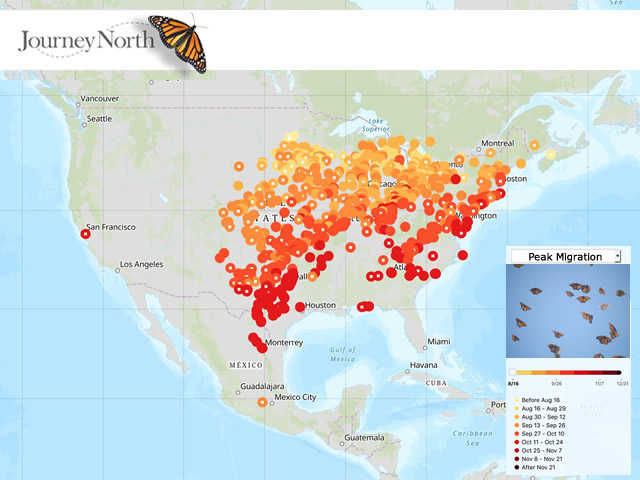 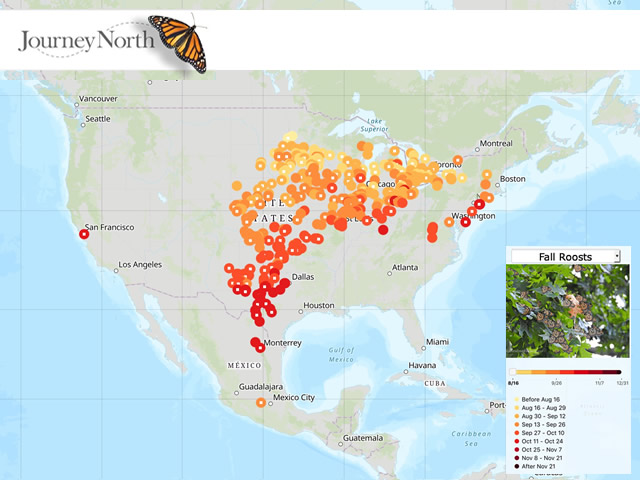 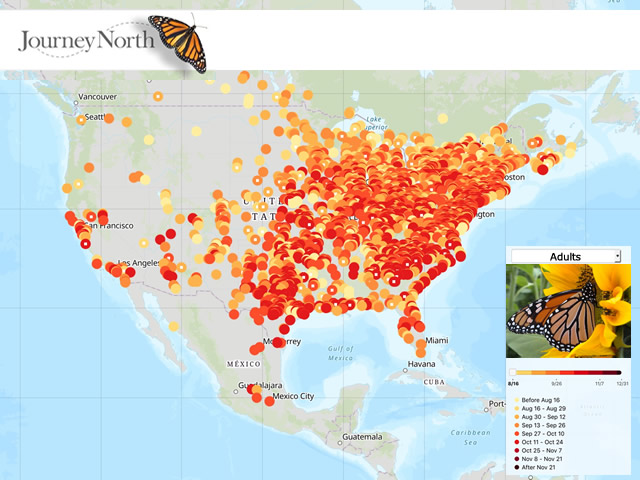 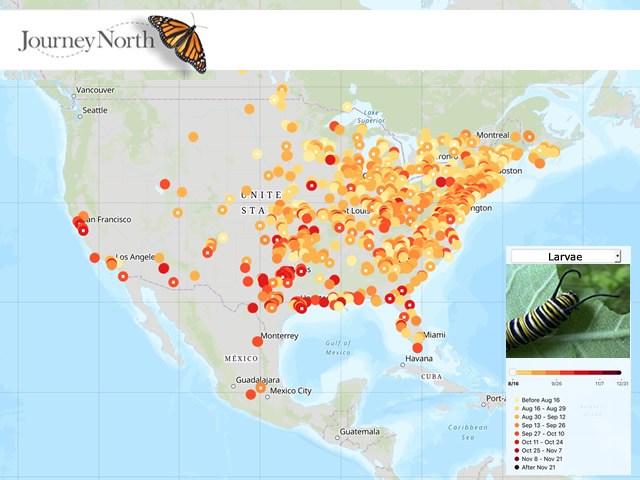 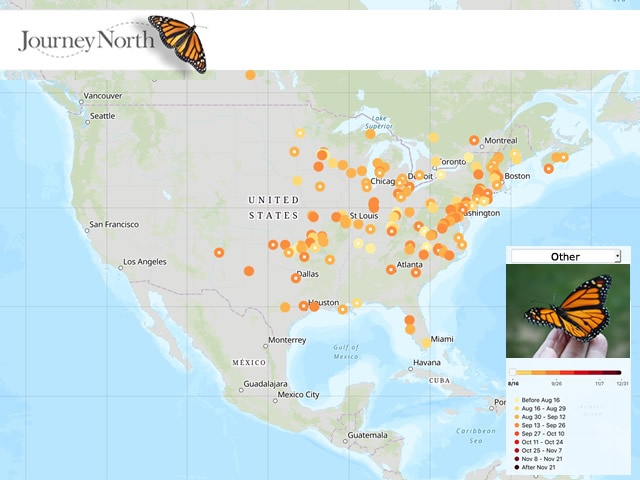