Traveling in pursuit of milkweed, monarchs are nearing milkweed's northern limits - and the end of spring migration.

For 3 months, monarchs have been traveling in pursuit of milkweed. This map shows how far north milkweed grows — and the northern extent of migration. Monarchs don’t want to go where milkweed doesn’t grow!

Females are laying eggs of the 2nd generation now. These monarchs will be the grandchildren of butterflies that overwintered in Mexico.

Monarch generations are continuing to cycle. It takes about one month for each to develop. Over the summer, three generations will be produced in the north.

No matter when you see your first monarch, we want to know about it. Your sighting is important even if other people have already reported from your region.

Report your first sighting of a monarch adult, egg, and larva. 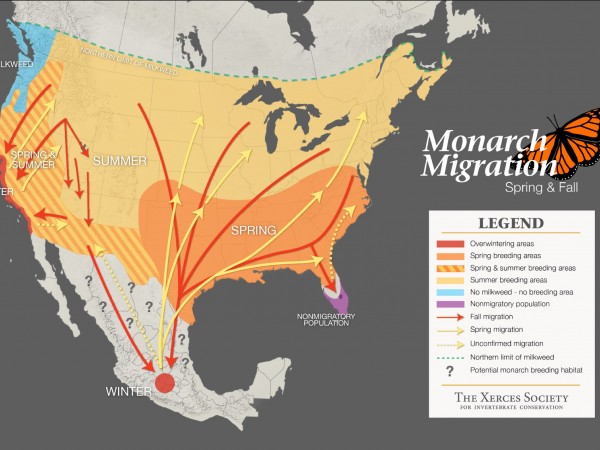 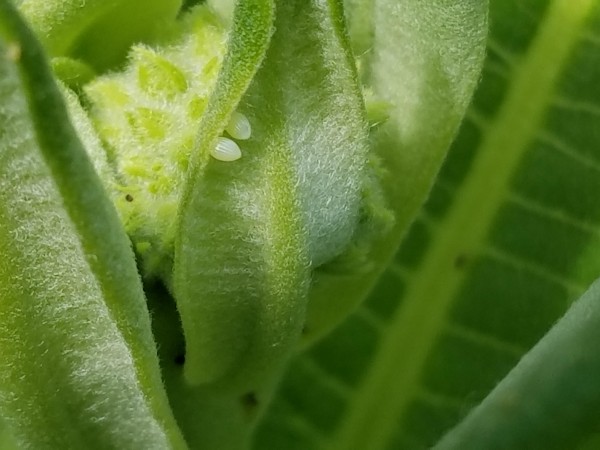 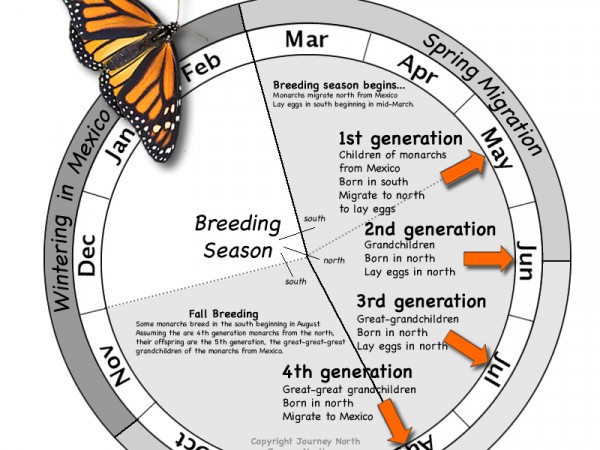 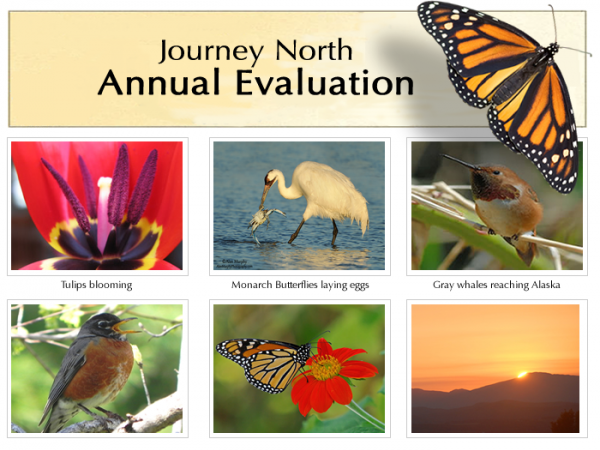 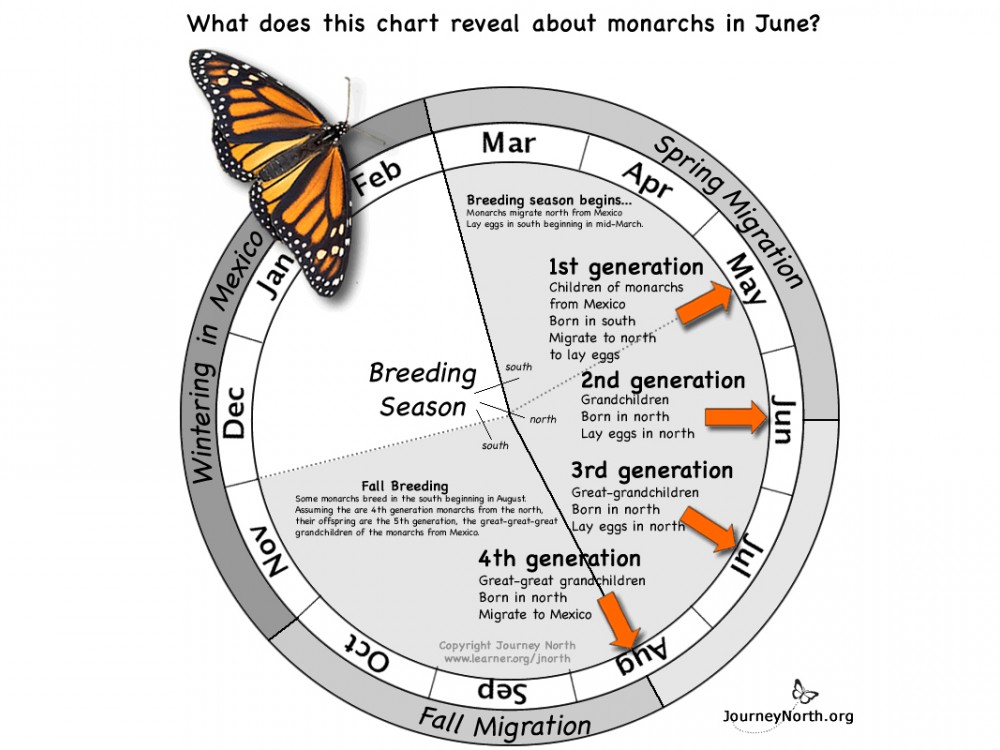 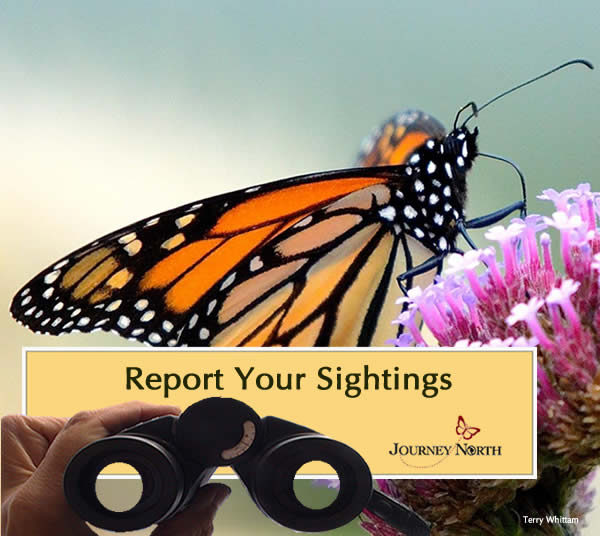