Cold temperatures prevailed this past week. Warmer weather may be favorable to monarch migration in next few weeks. Keep reporting to Journey North. 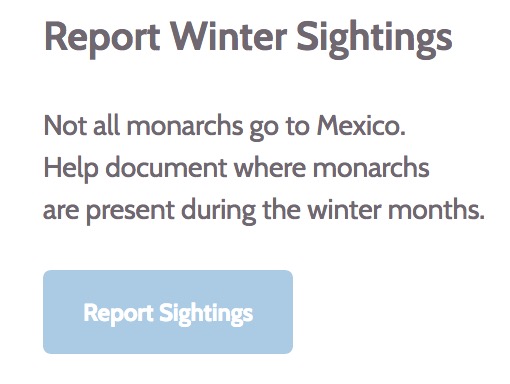 As reported by Dr. David Aborn in this week’s Weather and Songbirds News Update, the weather has been cold and wet in the mid-west and eastern US. The result? The northward edge of the monarch migration line has stalled with little northward advance since last week. In the Midwest, the majority of sighting are still clustered in Kansas, Missouri and southern Illinois. In the eastern US, sightings are still clustered within the Chesapeake Bay region.

Warmer temperatures and favorable winds are promised for next week. Will this change in the weather mean monarchs will surge farther north?

Sightings from previous years show a pattern with a typical surge occurring during the second half of May. With more first spring generation monarchs now on the wing, keep cameras at the ready to capture this potential migration surge. Keep an eye on the wind and temperature map too.

Next Generation in the Making

Monarchs continue to move north along the Atlantic Coast and the Midwest laying eggs along the way. Journey North citizen scientists reported first sightings for monarch eggs as far north as New Jersey and Kentucky.

From Lexington, KY: Cheri noted, “Female laid a single egg on many of the Milkweed sprouts. She tended to choose the sprouts that were tallest which were only 4 to 5 inches in height. The sprouts had just started emerging. was able to get a couple of good photos of the egg on 2 of the sprouts. Beautiful moment watching her work on picking just the right sprout.” (05/01/2020)

From Eastampton Twp, NJ: Michele, “counted at least 11 eggs. Some were on trampled milkweed shoots growing in the mow path, rescued some of those, but others may have been smashed.Found eggs here end of last April, so though early, not a record for me. Still none at home on my own milkweed, and no monarchs sighted.” (05/11/2020)

From Knoxville, TN: Amber observed, “We have dozens and dozens of monarch caterpillars on the butterfly weed that has populated a landscape restoration site at Ijams Nature Center.” (05/13/2020)

From Broken Arrow, OK: Virginia reported from “Waystation 19314: One 5th instar caterpillar found. Of the multiple eggs I reported finding April 11, I saw them gradually disappear, as hatching time lapsed but it appears one “made it” unnoticed.” (05/11/2020)

From Enid, OK: Diane, “went foraging for Honeyvine milkweeds in the field nust north of the yard here and found this li’l guy, molting, on a Honeyvine leaf.” (05/12/2020)

The milkweed emergence line has crossed the Canadian border. There have been reports of milkweed now in Manitoba, Ontario, Quebec and Nova Scotia. Watch the monarch migration front edge to determine when it will reach the end of the milkweed trail.

From Winnipeg, MB: Paulette reported, “We have had unseasonably cold weather here in Winnipeg, Manitoba - However the milkweed is right on schedule.” (05/10/2020)

Gail Morris, Coordinator of the Southwest Monarch Study, provides an update on the Western Monarch Population in her weekly report. This week Gail writes, “There was a surge of new monarch sightings this week in California and Arizona. Monarchs are now speeding through the region to their summer breeding grounds leaving a trail of eggs and larvae in their wake. Meanwhile, new milkweed is preparing the way, poking up in the northernmost states.” Read more

Look no further! Journey North has many resources for anyone with a curious mind. Check out this week’s Exploring Together resources. 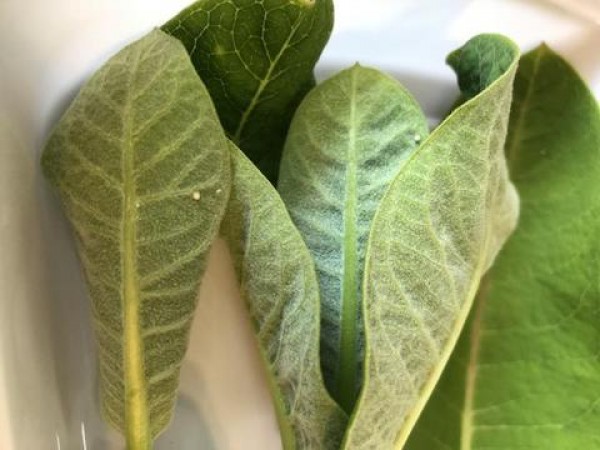 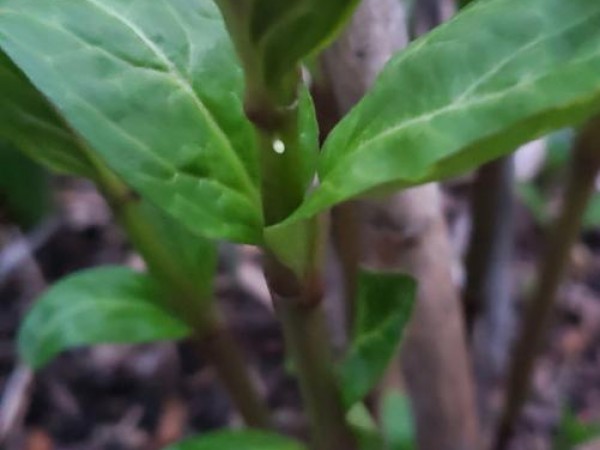 First Egg Sighting of the Season 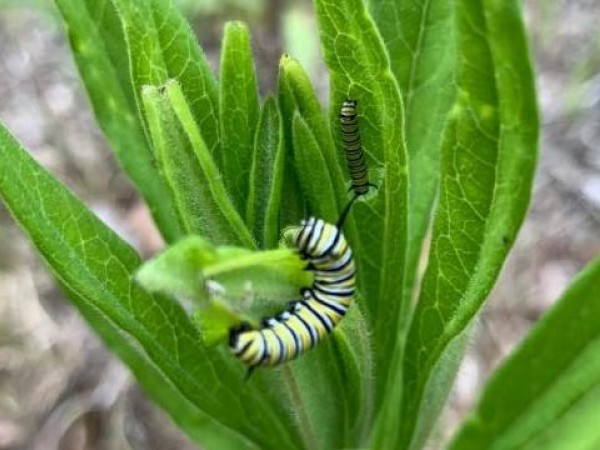 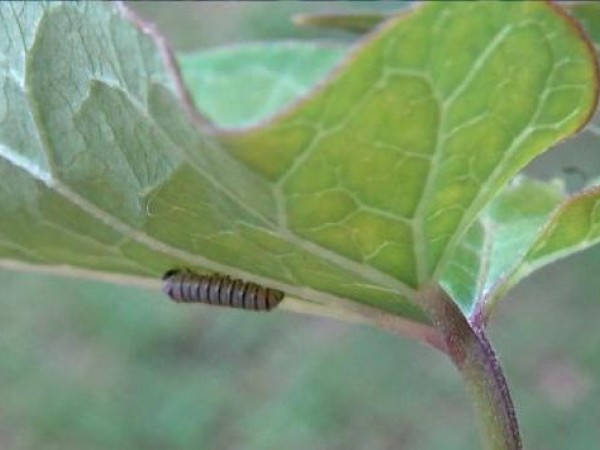 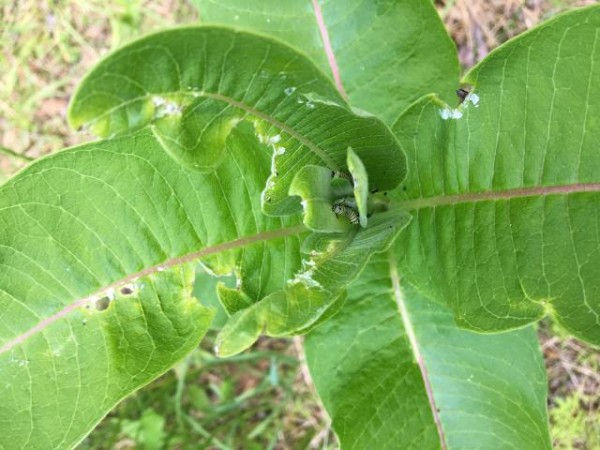 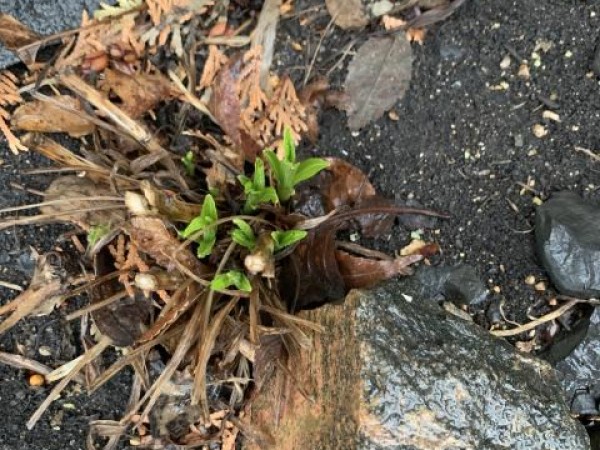 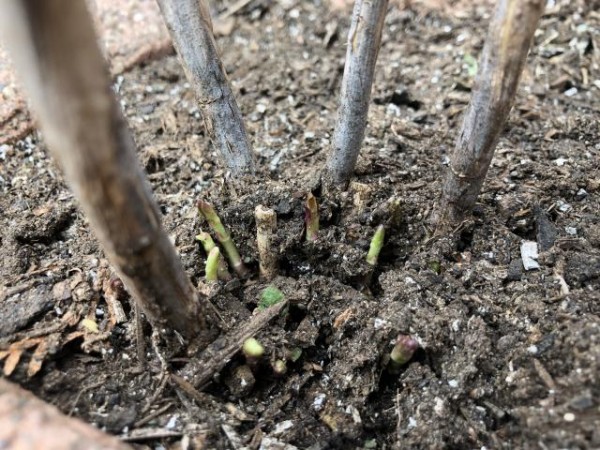 Thunder Bay, ON
Photo by: Kelly 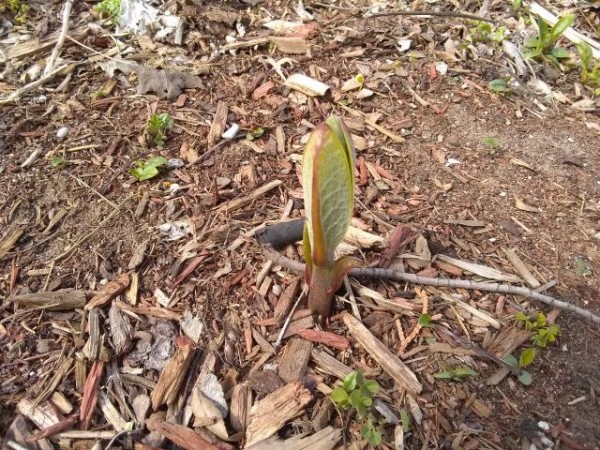 Toronto, ON
Photo by: John 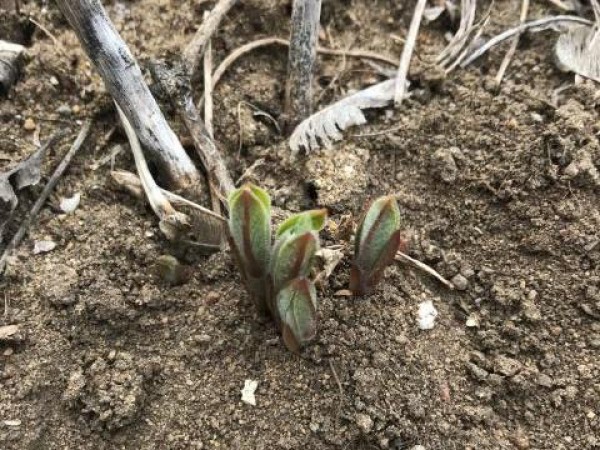 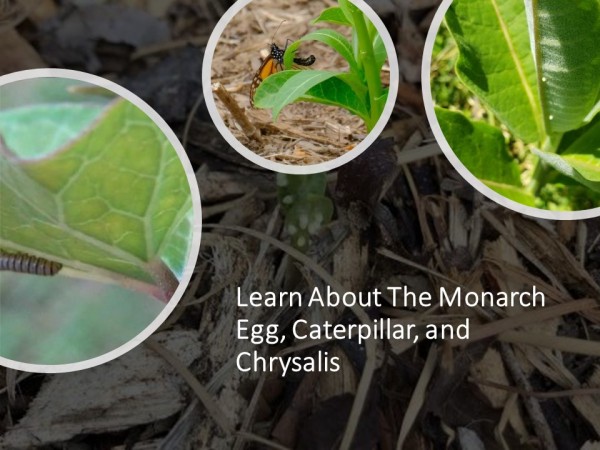 Exploring Together: The Monarch Eggs, Caterpillars and Chrysalis 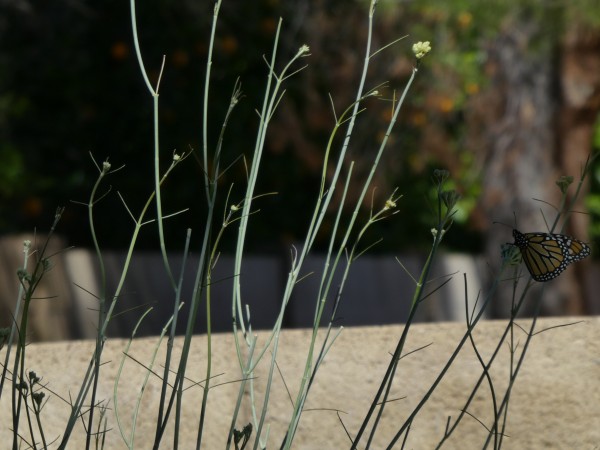 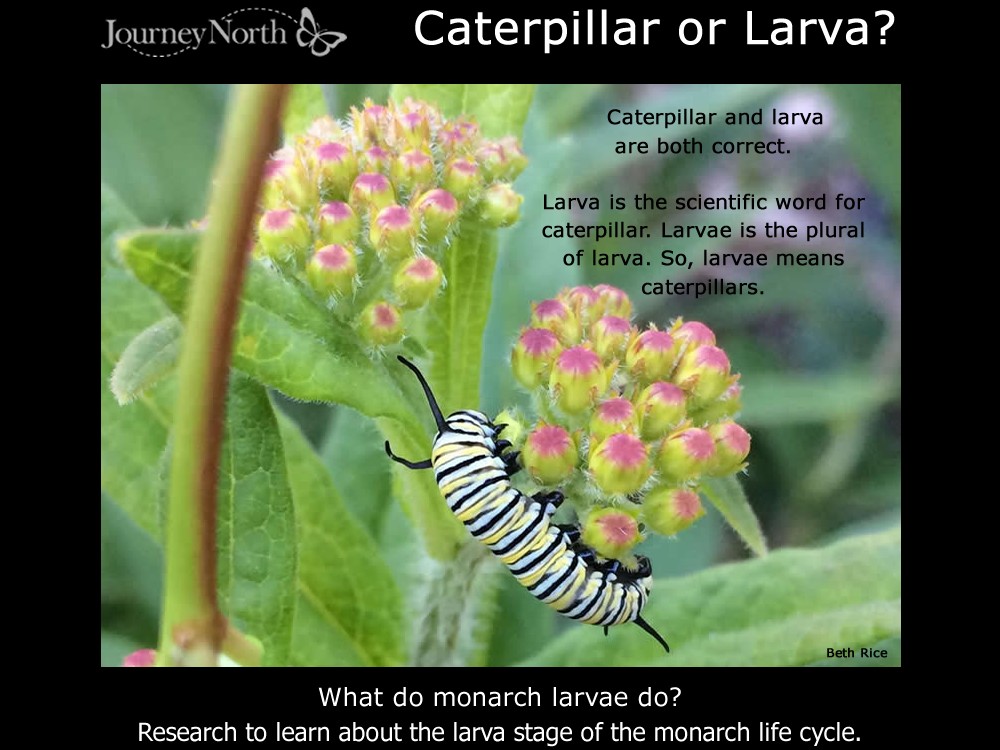 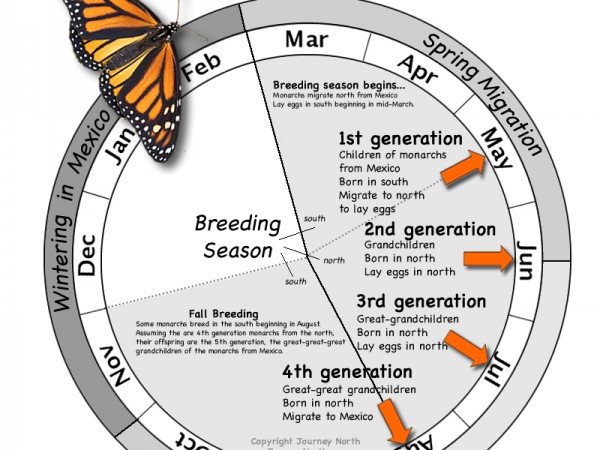 After these FIRST sightings, please report: 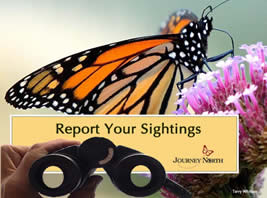 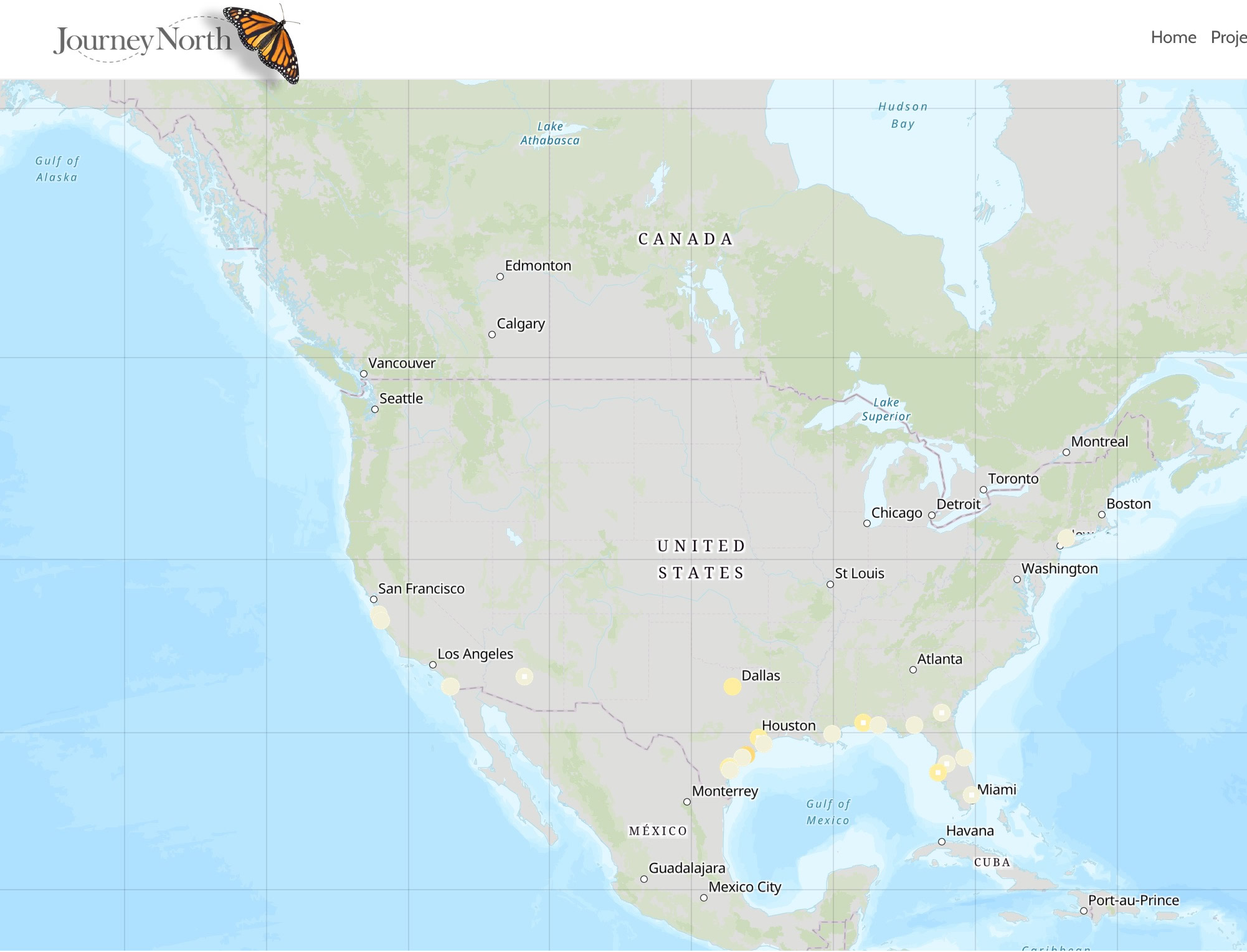