News from Sierra Chincua and El Rosario Sanctuaries in the State of Michoacán in central México are now back to you just when the peak season for visitors is starting and the main concentration of monarchs in their overwintering spots is happening.

In late December, there was the exceptionally unusual activity of monarchs streaming down en masse from El Rosario to the town of Angangueo. This activity slowed as temperatures cooled in the region. The weather has been terribly dry due to the very short rainy season in the summer. Winter has been nearly absent, replaced with bright, intense sun and temperatures rising with each day. Monarchs endure and seemingly adjust to these challenging conditions. And as always, they provide a beautiful spectacle at their overwintering sites.

It has been a low season in terms of visitors coming to the sanctuary due to the pandemic. However, this low influx of tourists has held steady since sanctuaries opened last November. Most are national visitors, except one or two foreign visits registered in the visitors book every week. Visitors have come from as far as Poland and Thailand!

This weekend, a three-day holiday for México, the number of visitors increased visibly, bringing joy to local communities. It also confirmed for them that their offer to view Monarchs in the open air of the forest is rather low-risk and safe for visitors as long as service providers and visitors follow the rules.

Once arriving at the tourist reception in Sierra Chincua, it takes an average of 30 minutes to walk to reach the colony, and you can get there without horses. There is a great view point at the enormous rock called “La Peña”, heading North to North-West, exactly where Monarchs settled one year ago.

The colony has been keeping rather good numbers – occupying  approximately 30  oyamel trees – the whole season as seen from the visitor view angle. Now, perhaps half of the colony has spread out, giving the forest  a light orange color. The other half is still concentrated in large, considerably dense and good looking clusters.

Brothers Simón and Juan Daniel kept walking back and forth in the forest welcoming everyone, courteously showing really nice booklets of the flora and fauna living at the overwintering spots of monarchs to anyone interested in learning further on the topic. They wish “that next year, many, many people will come back to visit us.  Our parents and grandparents say this illness (covid), more than ever, has made us realize how lucky we are to live here,  how important it is to care for our Oyamel forests and the Monarch butterflies, and how so many people would love to live here where we have been born so free and healthy”.

The sanitizing measures at both sanctuaries due to the pandemic are strictly observed by authorities.

It takes around 40 minutes to walk to the core of the colony in El Rosario Sanctuary, located at “Los Letreros” site, a traditional spot for them year after year, and where they keep clearly facing North to North West.  This is the same spot Monarchs have been occupying practically since their arrival up to now.

The flow of tourism to this sanctuary is, as usual, higher than Sierra Chincua and constant week after week despite the overall decrease of visitors this year.

February is just starting and the colony – which seemed smaller in size at the end of 2020 – now looks  simply amazing!  The population is an impressive concentration considering the monarchs could have been located in two different spots when they arrived in November.  A minor part now spreads well over some trees, while a major part is heavily concentrated in large, dark, and heavy clusters. The clusters reflect – depending on the sun rays – beautiful metallic and dark brown beams of light;  walking along the path allows visitors to appreciate this side of the colony from different angles. The experience could be described just as last year’s best days: a hypnotic phenomenon.

“The colony continues its way further inside the forest where visitors are not allowed out of respect and protection to the colony”, said local guides to visitors as they arrived on site.

How much larger is the population of Monarchs at El Rosario compared to Sierra Chincua? It’s difficult to say.

Six, eight, ten times larger… the corresponding institutions will release official numbers later on. The numbers most likely reflect a good to possibly a very good year in terms of Monarchs overwintering in México this season.

Mortality on the ground in the area seems rather low and dispersed here, and totally normal for this moment in the season.  Mating activity is nowhere in sight and doesn’t seem to have started yet.

Monarch butterflies are now in the peak of their overwintering period in the oyamel forests of central México. They will stay here under the bright sun and deep blue sky while getting ready to start their mating phase, which is just at the doorstep. As kings and queens of their local  ecosystem, Monarch butterflies are a signal of how much we humans can still save, of how miraculously resilient Nature is, and how, despite the challenges imposed, nature is still ready to resist.

***Sierra Chincua and El Rosario Sanctuaries will be closed from Monday, Feb 01 to Friday Feb 05, in accordance with the Covid-19 prevention measures requested by our corresponding institutions. This is the only closing event for the rest of the Spring 2021 season. From Saturday, February 06 on, Sierra Chincua and El Rosario will be open to the public on both weekdays and weekends. Visitors must follow rules and regulations to be allowed into the sanctuaries. 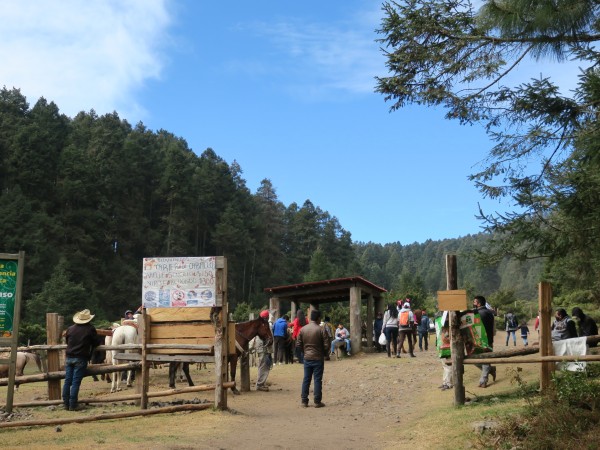 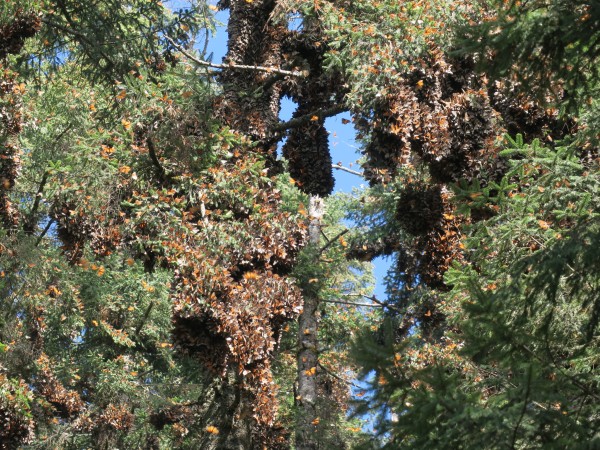 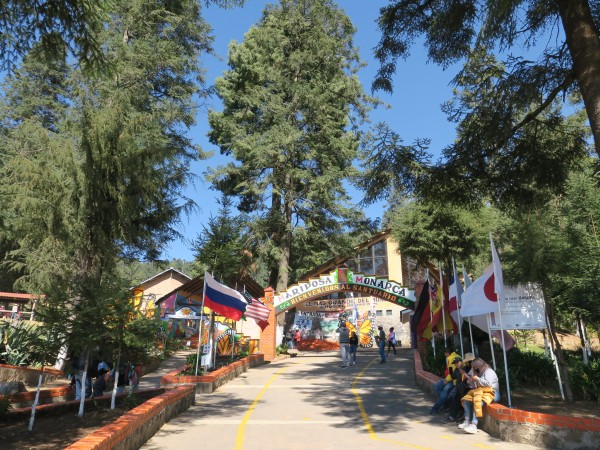 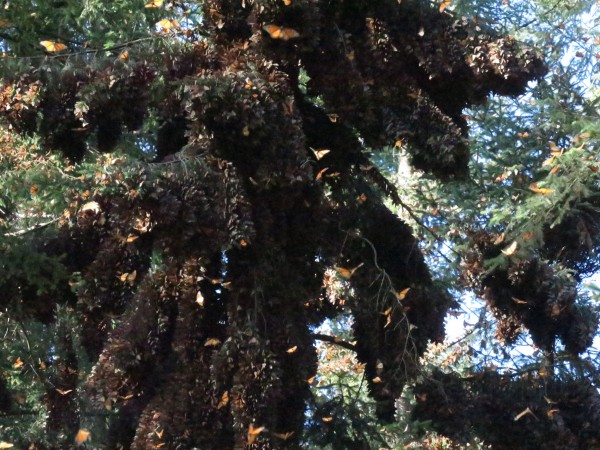 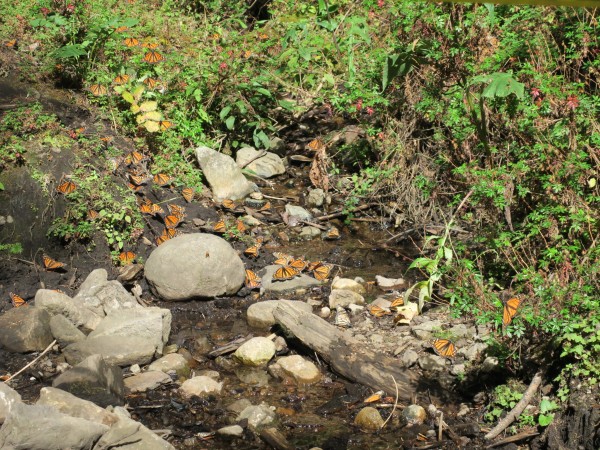 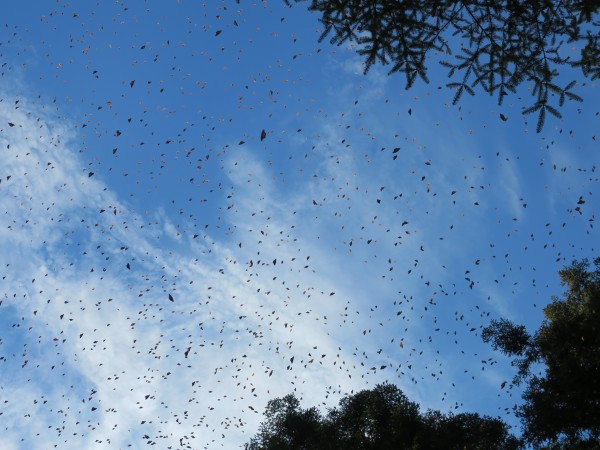 Under a Blue Sky