In the West, cooler weather this week slowed down monarch activity in the overwintering sites and helped to encourage monarchs to stay near the safety of the groves. Observers are witnessing many mating monarchs, a harbinger of the season. Monarchs remaining along the coast, rather than departing early, will benefit in their migration as early emerging milkweed appears along the California Spring Migration flyways. Knowing this gives us a sense of hope.

Monarch sightings reported this week were limited to the coastal region of California.

Stacy in Santa Maria saw her first monarch on January 20 in Santa Maria. “I am just 20 minutes by freeway from Pismo Beach and the grove. We have been visiting the grove every other week and this is the first time we have seen one in our back yard Looking for nectar. I am hoping more will start venturing further.”

John in Cambria reported his first monarch sighting of the season on January 25, “Plant next to our deck with many bees of at least two varieties.”

On January 29 Joyce in Mountain View, California, reported, “Here is one of 16 adult Monarchs we saw yesterday at Google. This guy was happily making his way to a remaining milkweed plant. Most we saw were flying or sunning themselves. One had a tattered wing. Not sure if it was old or diseased. Warm calm sunny day. The dozen or so eggs we saw a week ago and reported remained on the small milkweed plant unhatched.”

Donald in Rolling Hills Estates, California reported one monarch on January 30, “One sighted across the street from Nature Center.”

Zandra also reported one monarch in Los Angeles,“What appeared to be a newly emerged Monarch resting on a white stucco exterior home wall in the sun. The wings were fully expanded. It was occasionally moving them.”

Stephanie Turcotte continues her weekly observations of the monarchs at the Monarch Butterfly Sanctuary in Pacific Grove.

The monarchs in the Pacific Grove overwintering habitat are keeping us on our toes. From the last count in January 9 (1/22) to the first count in February (2/4), which has been two weeks, things have shifted again. The days continue to be warm and sunny, but our mornings are now cool again. What seems to be the case, prior to this week, is that many of the monarchs suddenly dispersed throughout the canopies of several of the Monterey Pine trees, pretty high up where they hadn’t before. It was warmer earlier in the mornings, and very warm by afternoon, mid to high 60’s. The monarchs were getting the light and warmth of the sun very early, which being so high, made it a little more challenging to see and count them. We had more bursts of monarchs from the clusters as the temperatures warmed quickly during the late January count.

This week the weather pattern shifted again. We are now having relatively cool, low 40 degree morning temperatures, warming up very gradually. This morning, the monarchs took longer to leave the clusters. Many just remained in the trees and one-by-one several would open their wings and individually take flight. This didn’t happen until around 10am. Also, the majority of the monarchs moved down lower in the trees again, facing east this time. Rather than the clusters being spread out over several trees, they are in closer proximity to each other in much denser clusters.  It made it much easier to get a good count. And the count continues to hold steady at 8,475 monarchs, despite daily displays of early mating rituals!

Next week are supposed to have 70°F weather by the end of the week. We’ll see what happens when we count next Saturday, Feb. 12th!

A special Thank You to Stephanie Turcotte and Robert Pacelli, for their detailed reports and photographs as well as everyone who submitted sightings and photos this week.

Gail Morris is the Coordinator of the Southwest Monarch Study (www.swmonarchs.org), a Monarch Watch Conservation Specialist, and the Vice President of the Monarch Butterfly Fund, the Central Arizona Butterfly Association and the Western Monarch Advocates. The Western Monarch Population News is based on comments provided to Gail Morris. We hope to increase the number of sightings and therefore photos and comments entered into Journey North. We rely on the volunteers who communicate regularly with Gail and who agree to participate in our effort to increase awareness of the population of Western monarchs. You can reach her at gail@swmonarchs.org 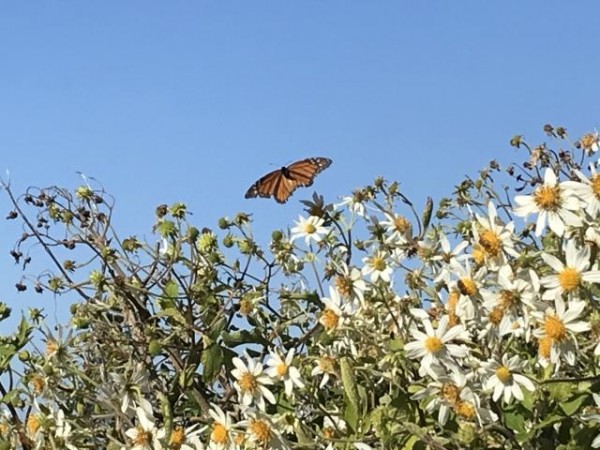 First Sighting of the Season 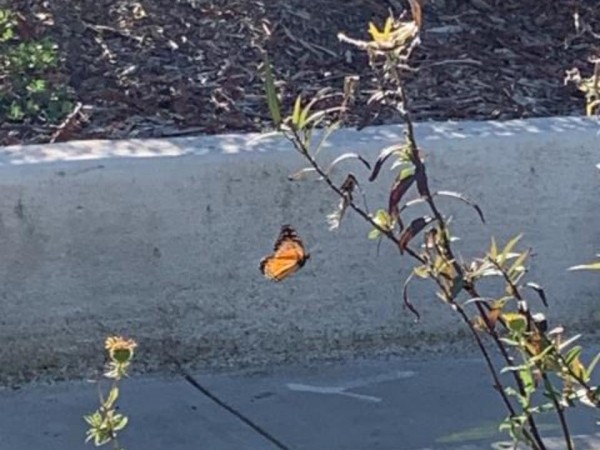 One of Sixteen Seen 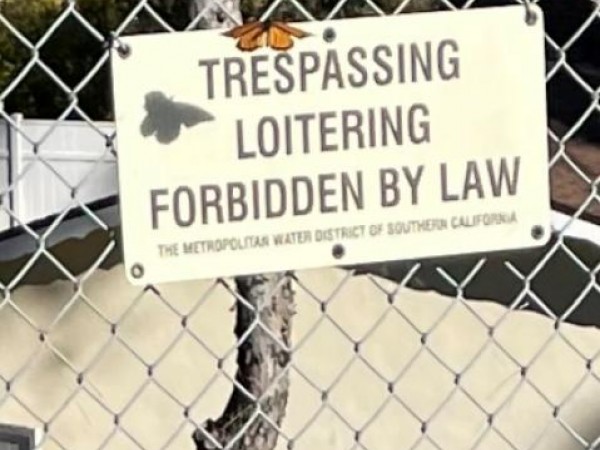 Spotted Across from Nature Center 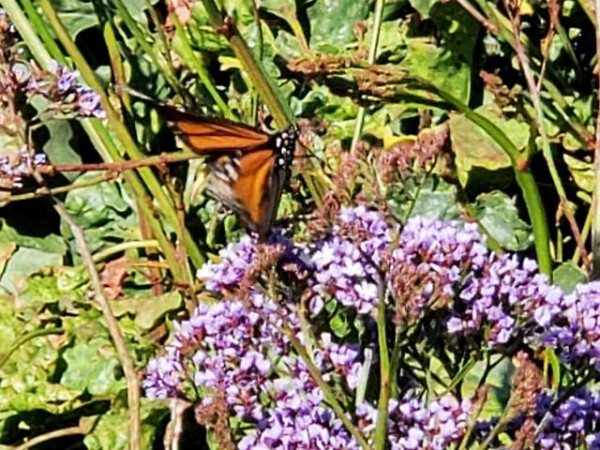 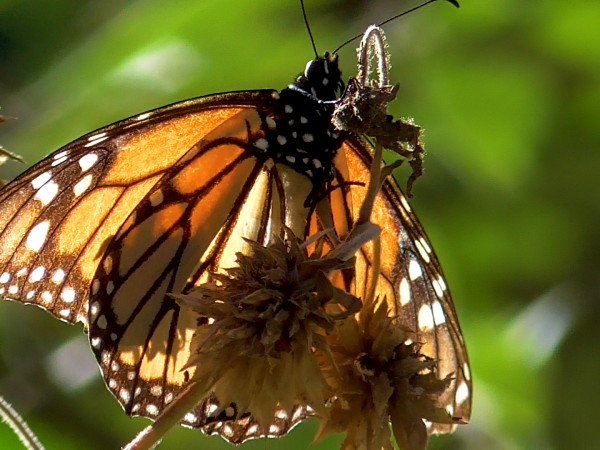 Warmth from the Sun 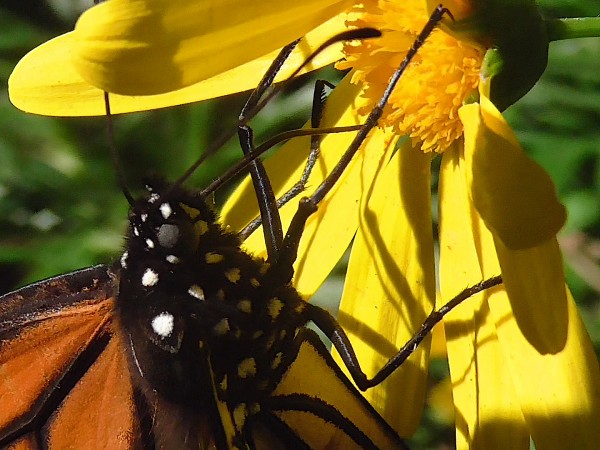 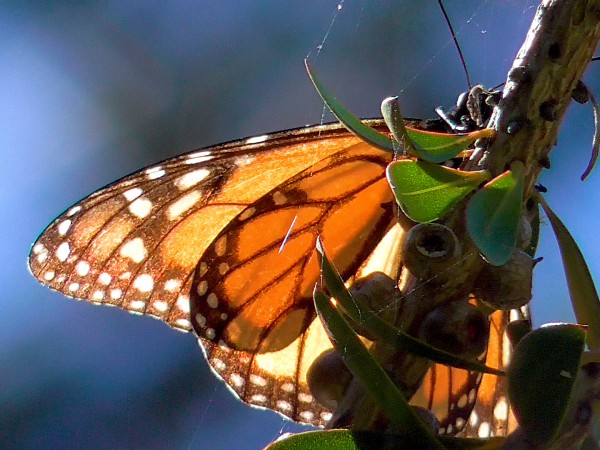 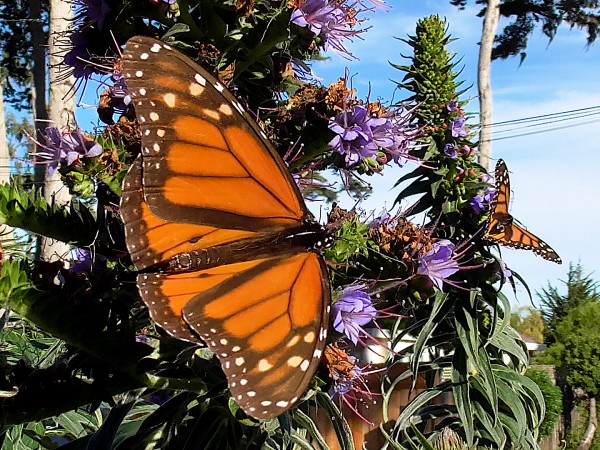