The Otomi, local indigenous people of Michoacán, refer to monarchs as our beloved ones and the daughters of the sun. We thought of our ancestors and monarchs as we placed Girasol flowers at the Monarch Butterfly Cemetery in Angangueo, a town located at the foothills of the monarch sanctuary.

In January 2002, a heavy snow storm followed by an intense frost created the most deadly event for monarchs at the butterfly sanctuaries in Central Mexico. This year commemorates the 20th anniversary of the deadly storm event for monarchs.

Monarch butterflies can withstand temperatures dropping below zero Celsius. They can even withstand rain, snow and hail — but not a killing frost which unfortunately happened in the winter of 2002. It was Dr. Lincoln P. Brower and his students who witnessed this sad event. They collected a sample of the millions of monarchs that froze during this storm event and placed these monarchs in a specially hand-decorated clay pot made by a local artist and buried this pot in the town’s cemetery; local authorities held ceremony where the beautiful hand-painted clay pot was carried accompanied by trumpets and drums to this grave site where they now rest and are honored.

Research on this deadly event eventually showed the limits of resistance of these extraordinary creatures against extreme climate change conditions.

This season, the colonies at Sierra Chincua, El Rosario and Cerro Pelón continue to be on brilliant display and remain at the same locations as they have been since mid-December, roosting on canyons where springs run and sun shines during the day. They are protected from cold air and freezing nights. They are waiting for temperatures to rise over the next few weeks—then they will begin their mating phase.

We celebrate the memory of the living and the dead 2001-2002 Methuselah Monarch Generation with flowers at this grave.

Daughters of the Sun 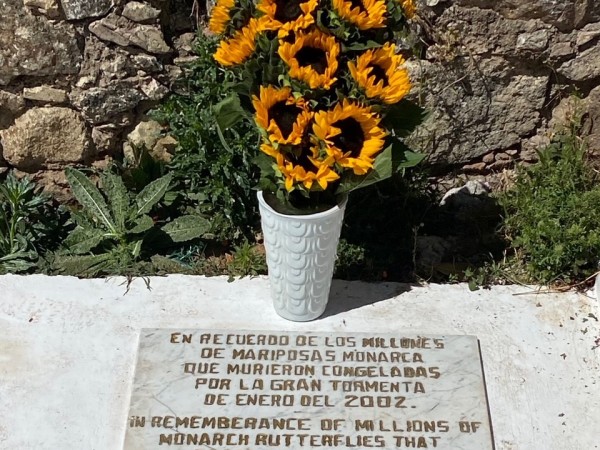 20th Anniversary of the Deadly Storm 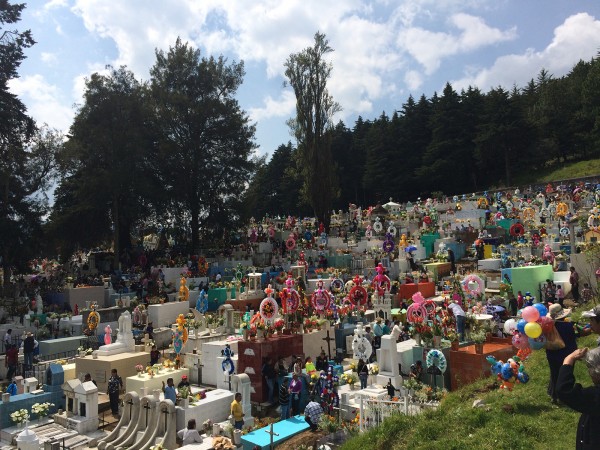 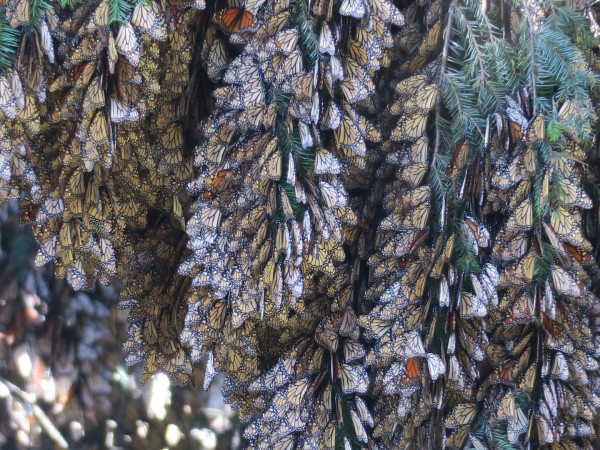 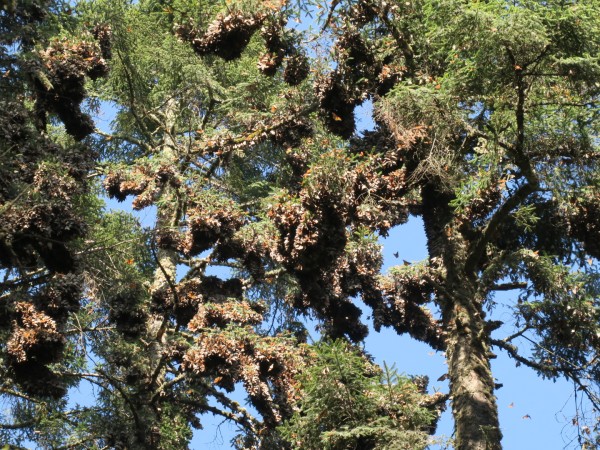 High in the Trees at Sierra Chincua 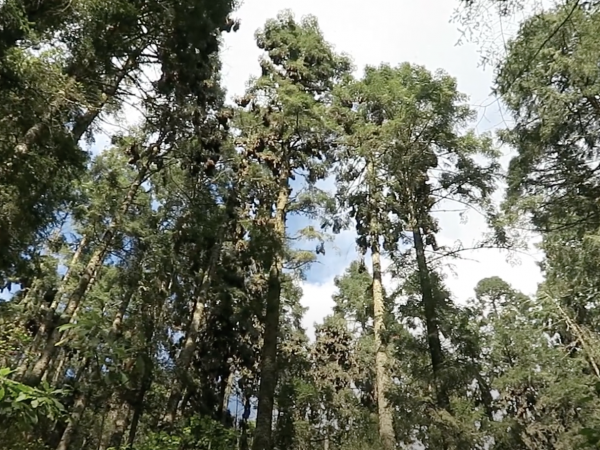 Sights and Sounds of the Forest (Video)