It’s been an unusual year at the California monarch overwintering sites. While many locations have seen fewer monarchs than most years, others have none at all. Monarchs were active this week along the coast. Let’s visit a few of the larger sites to see how they are doing.

Charis van der Heide counts monarchs for the city of Goleta in California.

“I’ve seen breeding throughout the overwintering season, starting in November. There are multiple sites with few or even zero monarchs this season that had thousands last year. Currently, there are only a few sites in Santa Barbara and Ventura Counties with roosting monarchs still present at the overwintering sites. Ellwood Mesa has the lowest population on record with a peak of 231 monarchs across its 5 sites (three sites had no roosting monarchs all season) and by the start of February all monarchs had left.”

Where did the monarchs go? Charis decided to look.

“Last week I came across 9 narrow leaf milkweed plants naturally growing in a field near Santa Clarita. One plant was flowering which means it was approximately 8 weeks old. I didn’t find eggs or larva on the plants.”

Further north along the coast, mating season is in progress! At Pismo Beach Monarch Butterfly Grove the number of monarchs is lower now each week with only small groups of 25-30 butterflies still in the trees. Night temperatures are chilly in the 40’s, but as soon as temperatures warm, the monarchs begin warming in the sun on the south faces of eucalyptus trees early each day. By 10 a.m. there is a change in the air.

“As soon as some of them warm up, love is in the air. Females are being carried to the treetops by some fairly battered looking males! It’s still a bit early for them to take off and leave the area, but this is what we see now every week.”

Further north at the Pacific Grove Monarch Sanctuary in Central California, there have been some sunny days this week with highs in the 60’s but chilly night temperatures have been near freezing. Most mornings, cars and rooftops glisten with frost. The number of monarchs at Pacific Grove is dwindling down to only about 100 and there is about a 10:1 male to female ratio. The monarchs looked fresh and new like when they arrived, but the winter has taken its toll and they are now tattered and faded.

“The males are continuing to avidly chase and sometimes even knock other males down out of the air. But I have not seen any actual mating. You can see the wear and tear of migration, overwintering, winds, heavy rains and even hail, and of course their battles over territory and chasing females.”

Sunny days are separated by waves of storms that continue to buffet the California coast. With the low population, there is concern about the welfare of monarchs who leave the safety of the groves.

“We can see snow in the distance on some of the Santa Lucia’s and so we’re worried that milkweed is not up and eggs or cats already laid or hatched will not fare well in this weather.” 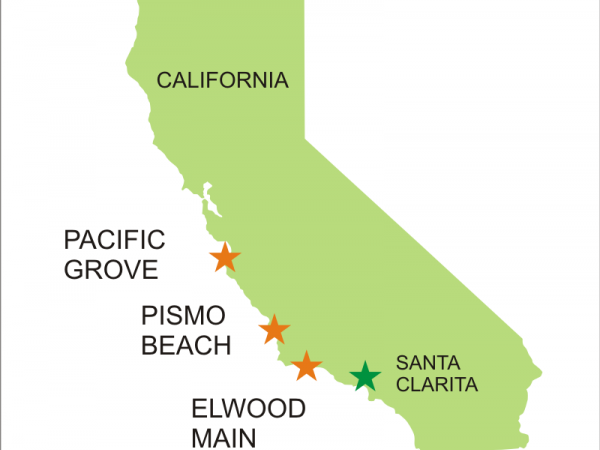 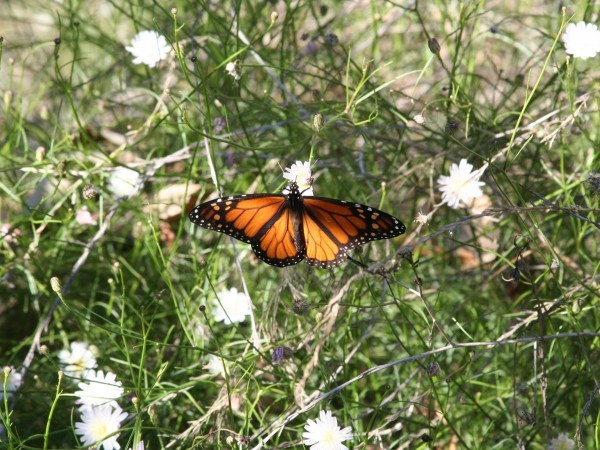 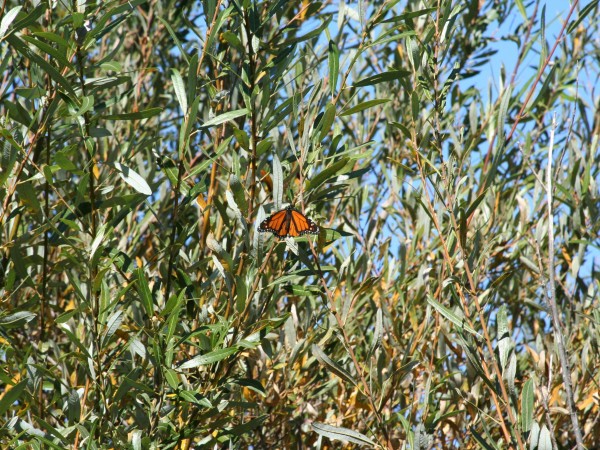 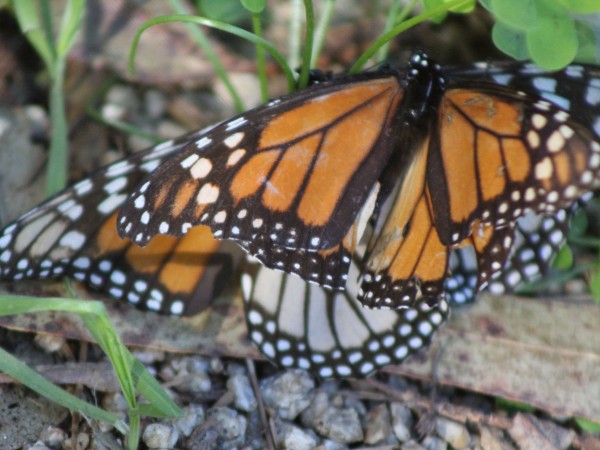 A Mating Pair with Worn Wings 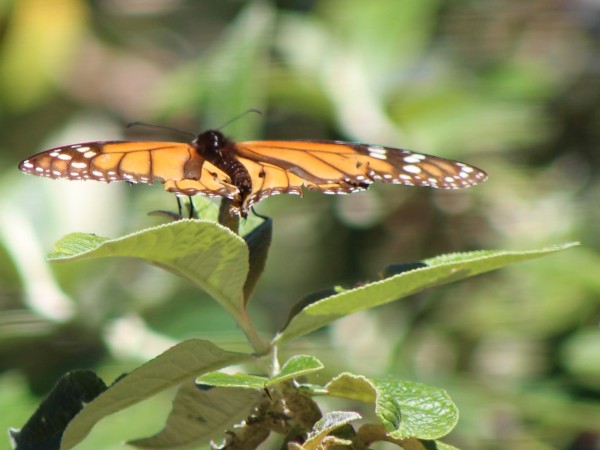