The annual report on monarch population came out last week, and the numbers are not good: there are 26% fewer monarchs overwintering in Mexico than last year and rates of deforestation in the protected area quadrupled. Many conservation leaders reacted to the news by calling for more collaboration. WWF Mexico director Jorge Rickards pointed out that the monarch migration itself provides a model of collaboration. Indeed, monarchs have no queen and no drones. Their behavior is all about the survival of the species, not the individual, and it would behoove us to learn from them.

After seven years of living at the entry of Cerro Pelon, I have some ideas about how Mexico’s existing conservation projects could be changed to more closely resemble collaborative monarch clusters rather than hierarchical beehives. But rather enumerating what’s not working, I’d like to talk about what is: La Comisión Estatal de Parques Naturales y de la Fauna, or CEPANAF.

Unlike other programs, which give temporary, part time, poorly compensated work or once-annual financial incentives, this State of Mexico agency has committed to employing fulltime park rangers on Cerro Pelon since the late 1970s. And Cerro Pelon hasn’t even been a CEPANAF holding since it became part of a federal agency, the Monarch Butterfly Biosphere Reserve, in 1986. My father-in-law worked as CEPANAF ranger from 1982 until 2014, when he retired with benefits and a pension, and my brother-in-law, the talented Patricio “Pato” Moreno Rojas, took over his job.

Their careers are proof that when an agency commits to workers, its workers commit to protecting the forest. The forest is noticeably healthier on the State of Mexico side, which has been regularly patrolled by the rangers. We used this model of paid presence when we started Butterflies & Their People in 2017, and now our six guardians work alongside the four CEPANAF rangers every day.

This week, Mr. Pato Moreno created a slideshow article describing his work as forest ranger and guardian. We hope that moving forward, when you ask yourself what can be done to help the eastern monarch migration, you’ll think of these unsung heroes of monarch conservation, like Mr. Pato Moreno, and know that when you give people work protecting the butterfly forest instead of exploiting it, they will do just that.

P.S. I got my wish from last week: on February 24, a new cohort of monarchs arrived from somewhere else to fill the trees above El Llano de Tres Gobernadores. Meanwhile, the relocated colony in La Costera keeps getting smaller. We’ll keep you posted as long as they’re with us. 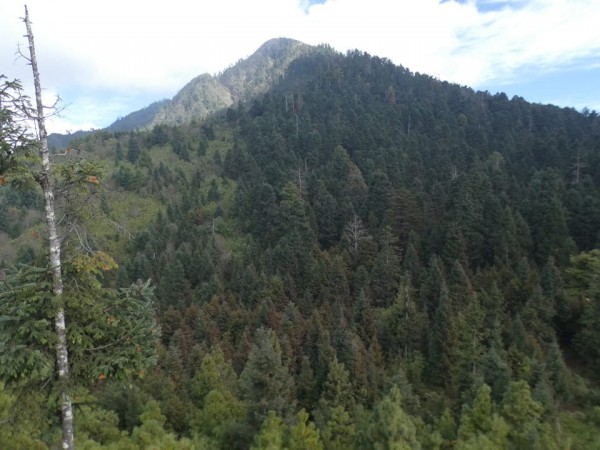 Border of Michoacan (left) and the State of Mexico (right) 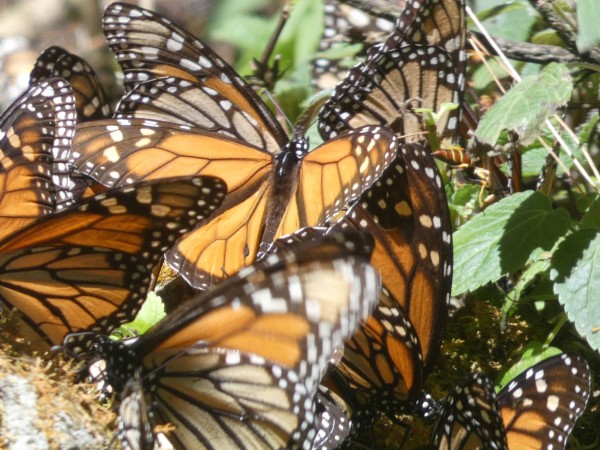