The massive departure of the Monarchs has begun in considerable proportions for both El Rosario and Sierra Chincua Sanctuaries. Departures from El Rosario appear to be higher. Temperatures continue to increase, without any cooling respite.

Visitors both from surrounding áreas and from far away are feeling a sense of these impending departures. At Sierra Chincua Sanctuary, there are hardly enough Ejidatario family members to greet the large number of visitors. Early in the morning, visitors pass by surrounding towns to sample the wonderful fresh fruits, vegetables, beef, poultry and drinks offered at local restaurants.

I accompanied Brisa into the Sanctuary. Brisa assists her mother run their family owned restaurant service at the Las Palmas site. She remarked: “Look, we still have a wonderful population which many monarchs still here for visitors to see.”

There are still numerous visitors at the El Rosario Sanctuary. Even though last week a considerable portion of the colony separated from the core site moving downhill along Rìo Grande river, the colony still looks majestic. Mating continues, even though not to the height as in former years. Death rates seem to be within normal levels as well.

Beautiful clusters in all shapes, sizes, densities and altitudes hang within the the Oyamel forest.

Judith, from México City, wants to go back to México City “just to bring with me all of my school clasmates right away! This feels like being in a Harry Potter forests!”

Artemio and Abraham expressed reservations. They noted, “It is unfortunately too warm now and no clouds in the sky. It does not seem that Monarchs will stay much longer. Any moment the colony will disperse and clusters will either be reduced or may dissappear as they start to migrate.” Artemio and Abraham are right. The first considerable portion of El Rosario Sanctuary population has moved away last week down to Rio Grande canyon, which was the first visible evidence of the massive departure of our local colonies.

In the town of Angangueo, local people are seeing more and more Monarchs pouring down every morning to their gardens and tres. They are not seeing the Monarch fly back up to the mountains in the evening which is the pattern during the overwintering season. The Monarchs are clearly heading North. 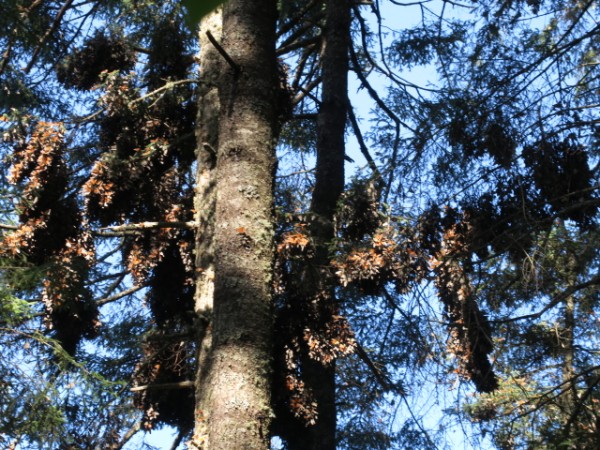 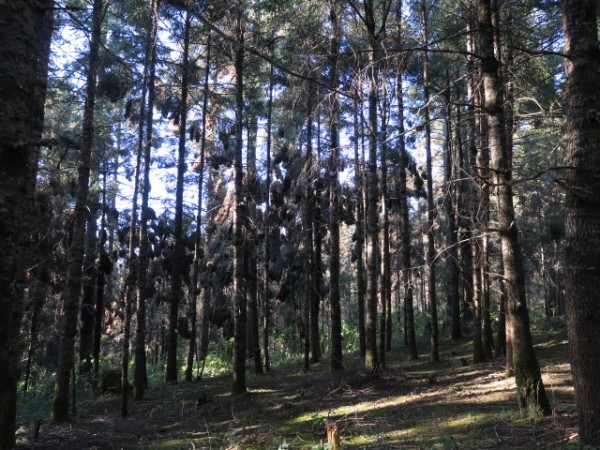 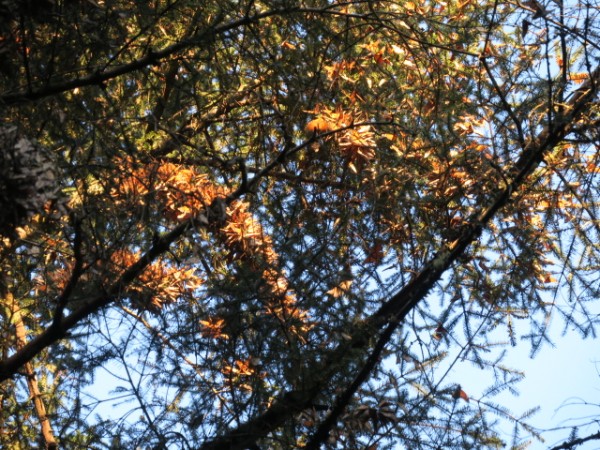 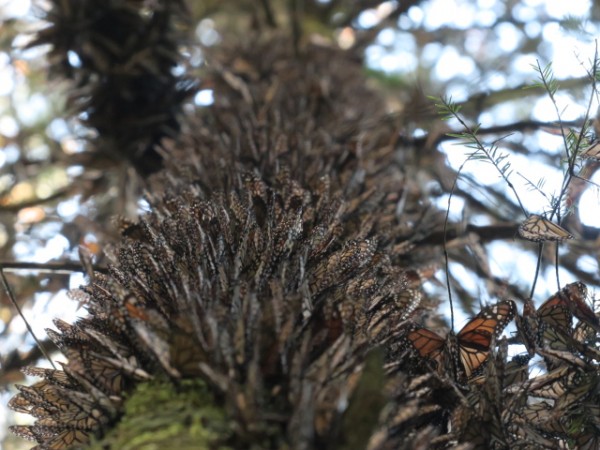