Cascading down the mountainsides.

The weather has been fairly warm but the evenings tend to cool down, These cool nights might help hold Monarchs in place at least for a little while before the final massive departure.  There are clouds showing in the sky which could bring much needed rainfall. Again, rain would be fantastic news and help to keep the Monarchs in place just a bit longer. For now, many Monarchs remain at their overwintering spots. We shall keep attentive.

For more than a couple of weeks now, Monarchs have clustered in the Las Palmas site of the Sierra Chincua Sanctuary — lower down in the mountain forest as well as up to the very top of the mountain. This is their traditional departure point facing directly north toward the valley of Ocampo and the towns of Angangueo and Aporo.

Ambrosio, a local guide, who is very interested in biology and nature, made this observation: “As we have all seen the whole week, a main part of the colonies have already left now, not too early if we speak about normal average departure reference dates, but early, compared to rather very late departures two and three seasons ago; to remember, one of our latest departures occurred during the first week of April.”

Further studies may determine if the warmer winter weather and drought-like conditions have been determinants for this rather early departure date.

The colony in Sierra Chincua Sanctuary is now disperse, yet still busy. Monarchs fly around in a totally restless and festive way.  Their massive flight direction north is a real spectacle. Death rates appear to be at normal levels. Causes of deaths also appear to be normal, due to predation by birds and mice, drying out of abdomens, extreme fading in wings, or normal end of life-cycle. Mating at the overwintering spots has intensified and will continue during the journey north.

Visitors continue coming. University students from Germany and Austria expressed their delight: “We  worried we were a little late to see the real miracle; but today has been exceptional; we will come back. It is such a wonderful phenomenon!”

At the El Rosario Sanctuary, Mariano, a young boy from a local town, invited us to stop by saying: “Just observe. Keep quiet and silent.”  We witnessed an endless cascade of Monarchs pouring down the mountains from 8 am and reaching peak by noon, then slowing down by 3 in the afternoon. The sky was clear. Monarchs were visiting the many flowers and ponds gathering energy and nutrients.

As in previous years, El Rosario Sanctuary continues to be the last overwintering spot to be abandoned. Within the main roosting point located at the lowest area of the Las Balsitas site, monarchs are all now facing northwest, ready for flight.

The colony is now at 10% of what was there three weeks ago, during the peak of the season. From 200 heavily covered trees, there is now only about 20 trees that are still wonderful adorned in the bright orange of Monarch wings. Clusters of all sizes still make this site attractive. Mortality and mating seem to reflect normal conditions.

No Time To Stop

Monarchs are not stopping at Rio Grande creek and canyon. They appear to be in a hurry to migrate north.

Joel, a young student, is delighted to enjoy the phenomenon. He said with a tone of nostalgia, “They are all now moms and dads who will create offspring in the north; we will not see them until the next Day of the Dead.”

A group of local middle school girls in the community really appreciate having binoculars in their hands, amazed to observe the Monarchs as they cascade down from the mountains. They commented: “They are so incredibly strong! How can they manage to migrate so far away? It will be their great-great grand-children who will come back by the end of the year. Isn’t that unbelievable? We hope we will see the monarchs here again with us in our Oyamel forests.”

The departure phase is at its very end, however, this could take from a few days to even a couple of weeks. The scene is hard to describe, but definitely worth imagining.

Monarch convey many messages of courage, happiness, celebration, and hope. 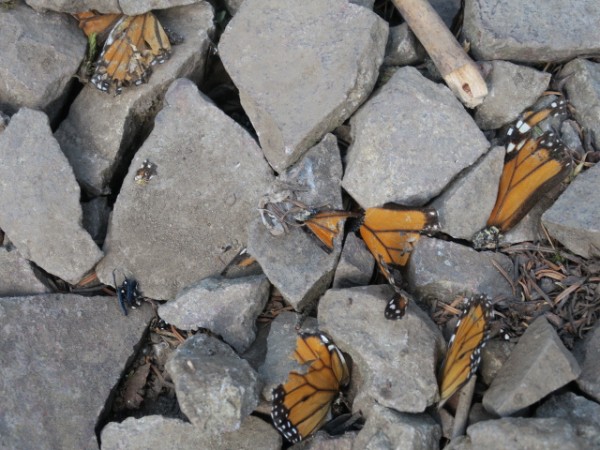 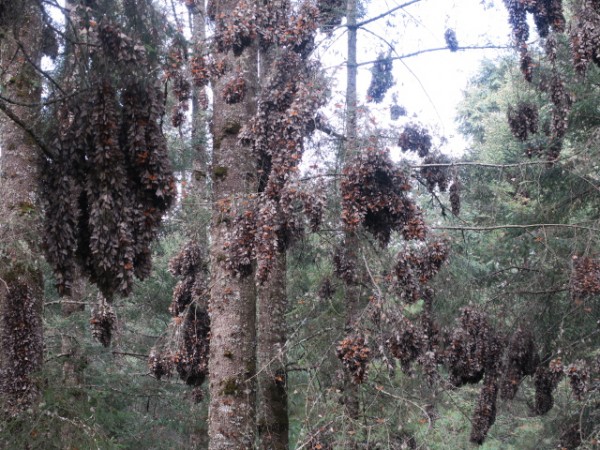 Deep In The Sanctuary 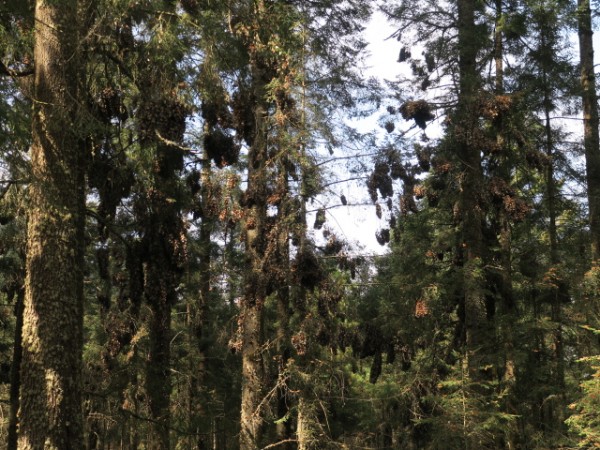 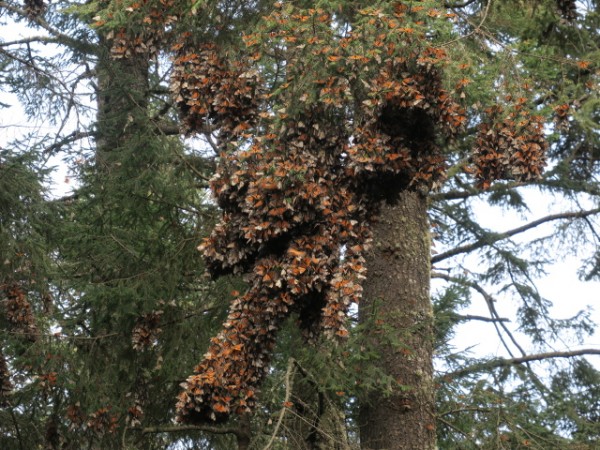 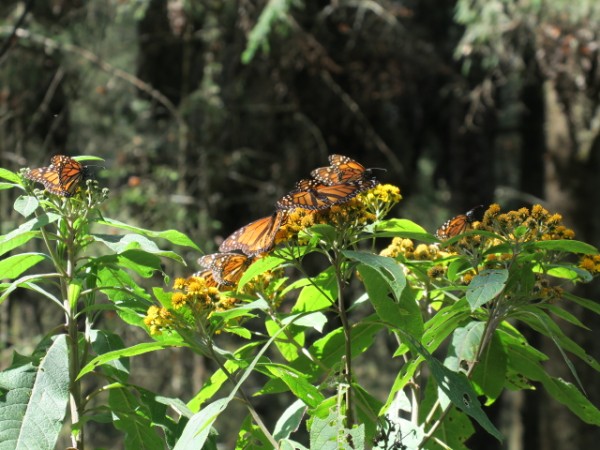 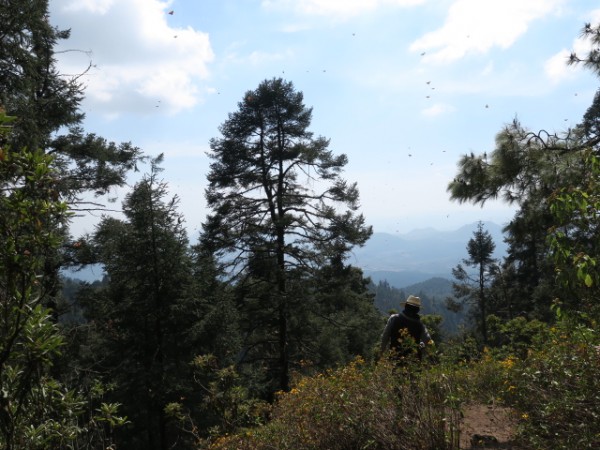 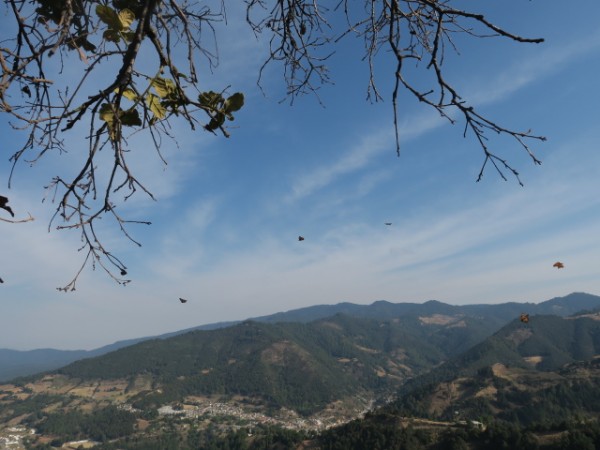