Monarchs are stealthy yet determined in their search for freshly emerging milkweed across the California foothills to lay their eggs. This is the beginning of the spring migration and the perfect time to look for remigrants! Take time to be outside and see if you can capture the flitting movement of an old, worn female or male moving through the landscape on their movement north and eastward. You’ll know they are remigrants – monarchs that overwintered along the coast - by their wings that often look faded and worn from their long life.  Keep your camera ready for evidence of frayed monarchs to send in with your report.

Monarch sightings were few in the West this week. Most are still near coastal California and the lower deserts of Arizona. We’ll see this change in the coming weeks as monarchs expand their range. In northern California just north of San Francisco, Miranda spotted a monarch on March 2 in San Rafael. “Observed first monarch of season!” Further south, Marcie saw a monarch in Carlsbad, California, on March 5. “One female butterfly around the house today! It’s my first sighting since fall. She was hungry and was hunting for nectar.”

Last week we learned about a tagged winter monarch that has been in Tucson, Arizona, more than 98 days. But some monarchs were also breeding in late fall in the deserts. When the air is very dry in the desert, there can be almost a 40 degree temperature change between the night low and daytime high. When temperatures dip below 52 degrees at night, it takes much longer for a monarch larva to become a pupa and eventually a new adult monarch.

We found this 5th instar monarch caterpillar on a native Arizona Milkweed, Asclepias angustifolia, on January 22 in Chandler, Arizona. This week we saw a new male monarch eclose on March 8 and later nectar on Mexican Flame Vine, Senecio confuses, the next day. The chrysalis stage lasted for 45 days!

When the monarch population is low in areas as dispersed as the overwintering groves along the California coast, it may be challenging for monarchs to even find each other to mate, lay eggs, and continue expanding the population during the breeding season. Every monarch you see – whether an adult, egg, larvae or pupae – is important to report and we look forward to reading the observations that you send to Journey North this season! Don’t forget to report milkweed, too. Is milkweed up and ready for monarchs where you live? 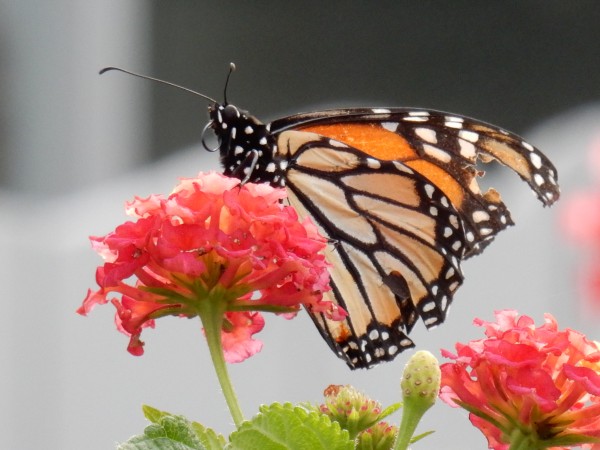 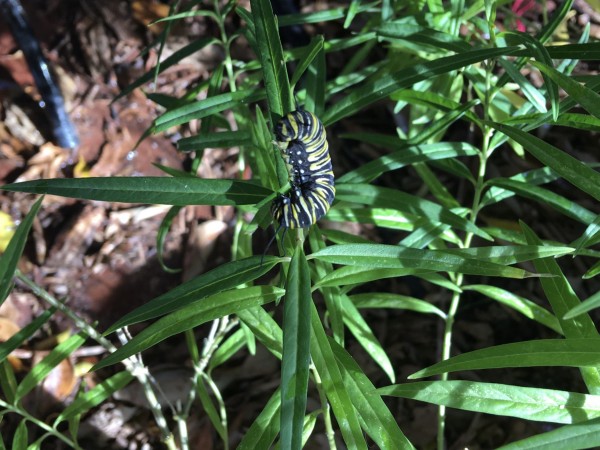