Cool stormy weather accompanied by high winds at times swaddled California and the Southwest this week. Monarch activity was limited to only the warmest days, but sightings increased in areas where monarchs were already present and multiplied locally.

When we look at new sightings of monarchs in California this week, we see most are appearing along the coast where the climate is still favorable. Accounts vary, so please do send in your sightings to let us know what you are seeing each week.

Starting in Northern California in Oakland, Rosemary reported her first monarch on March 12. “It spent a lot of time on my ceanothus getting nectar.” The greater San Francisco area in general has reported breeding monarchs this winter, a phenomenon documented only recently. You can see this yourself by changing the year under the “Adult Monarch” map to compare where sightings are more common in April onward previously.

In Southern California, Dawn in Carlsbad noted, “I usually see many and have caterpillars by now, but have had none all winter.” On March 13 Ingrid in Ontario saw her first monarch of the season. “Here is another photo of the first Monarch sighted in my butterfly garden feeding on Encelia californica, a California native bush sunflower.”

Dwain in Westminster saw two monarchs on March 13. “I noticed 2 caterpillars on my plants a couple days ago. Last winter I had 18 caterpillars that made it to adult butterfly to fly away. This year, roughly zero. These are the first 2 I’ve seen in months. Usually in my area the monarchs and humming birds stay all year or at least flutter through. The winters are getting warmer. Anyways, I seen two ragged looking adult monarchs this morning nectaring and laying eggs. Please lord help save these beautiful creatures.”

Many singleton monarchs were reported in the greater Los Angeles area this week as well. For example, Sara in Simi Valley saw one, “One adult monarch flying through backyard.” But Alison in Imperial Beach was lucky to see several on March 12: “Multiple adult monarchs spotted on milkweed plants. At least 4 seen swooping mating like flying!”

We are not hearing only about only about adult monarchs! Eggs and larvae were discovered this week, too. J in La Mirada found monarch eggs on his plants. “Gathered 5 eggs from milkweed in my yard.”  Meanwhile Lisa found larvae in Los Alamitos. “15 larva on milkweed plant. One beginning pupa state 3/09/2021.”

Be sure to look at the Adult Sighting map to see the new monarchs appearing in small groupings in California and Arizona as the population begins to slowly expand:

Monarchs in the lower deserts of Arizona were clinging to branches of trees and shrubs to survive the high winds, rains and cool temperatures this week. This likely blunted new monarch sightings. But monarchs reported earlier were still around in yards and parks when conditions were favorable. The male monarch visiting my yard last week was still here when it was warm and sunny. In fact, yesterday when I looked out the window another male flew in resulting in quite a duel until he was able to reclaim the yard for his own. Luckily, a warming trend will raise temperatures to the upper 80’s in a few days and more monarchs will hopefully appear across the deserts.

In contrast, Tucson had a light dusting of snow earlier this week and sleet this morning! Hard to imagine this is normally a prime monarch time in the area. In most years there are more overwintering monarchs in Tucson than Phoenix, but looking at the Adult Sighting map tells a different story this year—Phoenix the favored hotspot.

Hope for the West

It’s easy to think monarchs in the United States as two separate populations with the Rocky Mountains as the dividing line. But studies have determined they are genetically similar. This week we were reminded that there is a mixing of Western and Eastern monarchs documented in the seasonal migrations.

Diane Pruden was in Mexico picking up tags for Monarch Watch when she noticed a blue Southwest Monarch Study tag, BE533. The tag was on a sheet of Monarch Watch tags recovered by Salvador Garcia Perfecto at El Rosario in Michoacan, Mexico, on March 5.  Monarch BE533, a male, flew 1,071 miles SE to the same overwintering sites used by monarchs migrating from the Eastern United States. He was tagged by Terry Day at the Muleshoe Ranch north of Willcox, Arizona.

The recovery data so far is indicating about half of monarchs tagged in Arizona migrate to Mexico with the remainder to California. We also have small numbers of monarchs trickling in to Arizona across the Mexico border in Spring. You can see this on earlier Journey North sighting maps. We’ll be looking for this again this year. Your reports of sightings are important! They also give hope for the future of monarchs possibly returning this way to help the dwindling Western population.

Remember to report any monarch sightings but at this time of year recording worn, frayed monarchs is especially important. Their aged appearance may reflect their long life overwintering. They are now remigrants moving through our landscapes on their journey to the breeding grounds to mate and lay eggs. Remember these remigrants eclosed late last summer and their age shows on their wings. Let us know what you see in the field!

Is milkweed up yet where you live? Is it budding or flowering? Send us your photos to let us know. Milkweed is crucial to breeding monarchs on the Spring migration. Your reports can help everyone know the “status of the breeding habitat” where you live. Don’t forget to report any monarchs you may be lucky enough to see! Do their wings look fresh and new or worn? A photo from your phone or camera can help us all see the progress early monarchs are now making in the spring movement. 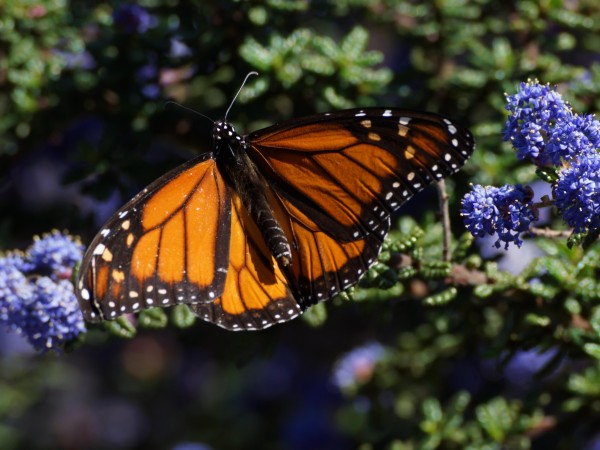 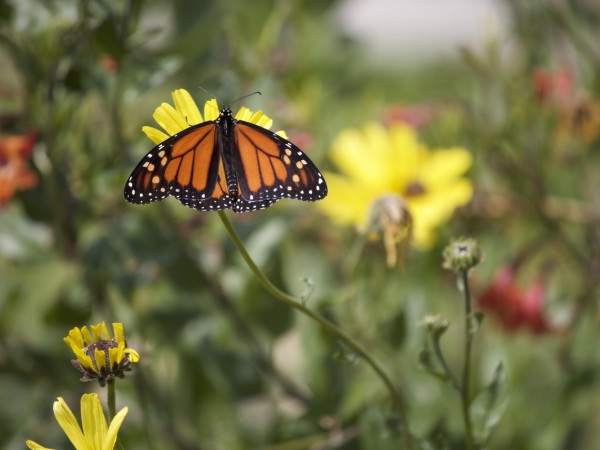 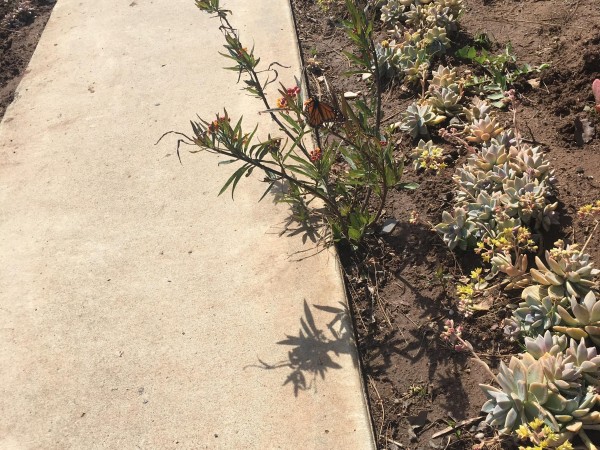 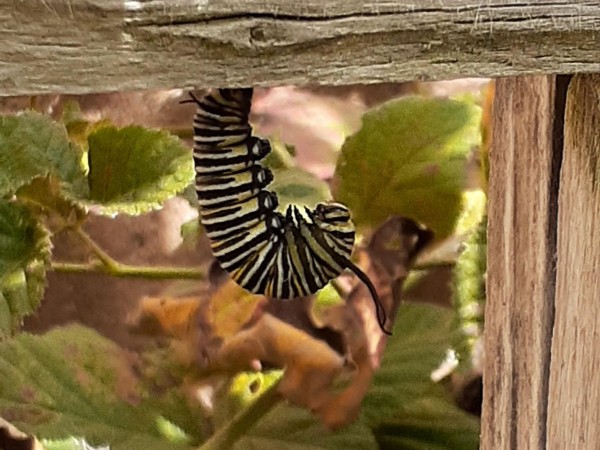 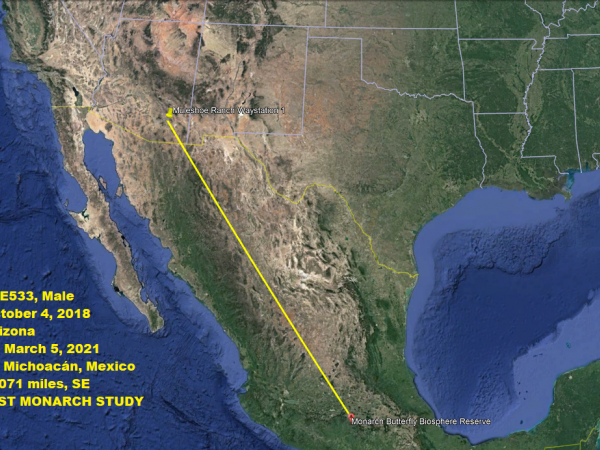