Rapidly changing Spring weather buffeted the California coast and Southwest deserts this week limiting monarchs from expanding their range. Unlike the eastern range of monarchs that has already raced through Texas and is now in Oklahoma, monarchs in the West remain in the safety of the warmer California coast and southern deserts of Arizona. But warmer and drier weather is in the forecast so look for monarchs to be on the move in the upcoming week.

Fewer locations reported first sightings of monarchs this week than last week. In California, Stephen saw his first monarchs of the season on March 16. “I saw two adult monarch butterflies in Asclepias tuberosa milkweed at about 3 PM on Tuesday, 3/16/21 in the City of Tustin, California.” Meanwhile Annie in Mission Viejo also reported her first sighting of the season on March 17. “Our class spotted a Monarch butterfly outside during lunch today.” Marian in La Verne spotted a first monarch of the season on March 19. “Saw a monarch fly across my yard and kept going. Too far to tell if it was a male or female.” Lei in Sunnyvale, CA saw a monarch for the first time on March 21. “One monarch butterfly fly around in the park.”  Connie in South Pasadena also saw her first adult monarch on the same day. “About 30 eggs on milkweed plants after the sighting. Exciting.”

Others are continuing to see more monarchs in their locations. Margaret in Buena Park sent in her report on March 17 of monarchs present for several days. “2 to 3 beautiful adult monarch butterflies are seen everyday at the school where I work, on a daily basis.” Patricia spotted 2 monarchs in Oxnard on March 20. “The female was laying eggs.”

Terry spotted her first two larvae of the season on March 16 in Oakland. “On tiny sprig of narrowleaf milkweed.”

For the first time this year in California, this week the reported sightings weren’t limited to the coast. Sunnylands in Rancho Mirage in the Sonoran Desert of California also saw their first monarch of spring and larvae on their extensive thickets of Desert (Rush) Milkweed, Asclepias subulata.

It’s been unusually cool and breezy as winds blew through the deserts in southern Arizona this week. Temperatures rode a roller coaster from highs in the lower 60’s to near 90 within just a few days but monarchs still visited flowers in bloom across the region. The male monarch I reported last week in my yard still visits each day and occasionally engages in aerial combat thwarting off the attempts of any other males stopping by. Sheila in Tucson on March 15 saw one monarch. “Brightly colored female flitting around at the base of a Mexican petunia, 3 pm, no wind, partly cloudy.” In Glendale, Bob Henry reported one monarch flying over the flower beds at the ASU-West campus in Glendale on March 23

Most milkweed dies back every fall and emerges in Spring in time for the migration. Remigrant females favor short small fresh growth of milkweed just breaking ground or soft branches. Is milkweed up where you live? Send in your photos to Journey North so we can track their emergences.

In many desert locations, some perennial milkweeds never die back. One of these is Desert or Rush Milkweed, Asclepias subulata thrives in the deserts of Arizona and California up to Southern Nevada near Las Vegas. This week Michelle in Glendale reported that her A. subulata plants were in bloom, just in time for the migration. “There are three mature plants with buds.” This coarse-branched succulent milkweed is now covered with soft fresh new growth on the stems. Females love to lay their eggs there as well as on the flower buds themselves. As monarch larvae get larger, usually by the third instar, they can begin to feed on the thicker stems.

Is milkweed up yet where you live? Is it budding or flowering? Send us your photos to let us know. Milkweed is crucial to breeding monarchs on the Spring migration. Your reports can help everyone know the “status of the breeding habitat” where you live. Don’t forget to report any monarchs you may be lucky enough to see! Do their wings look fresh and new or worn? A photo from your phone or camera can help us all see the progress early monarchs are now making in the spring movement. 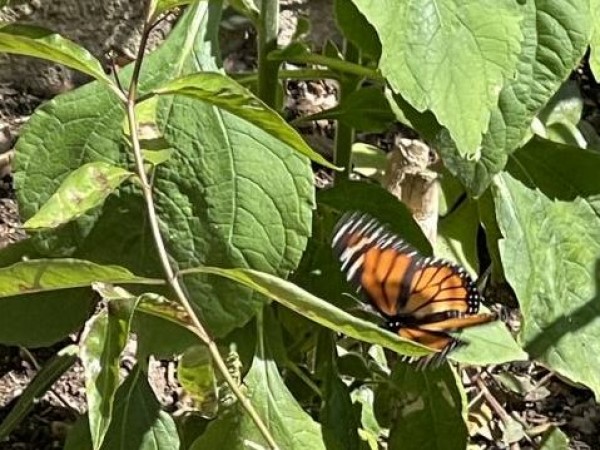 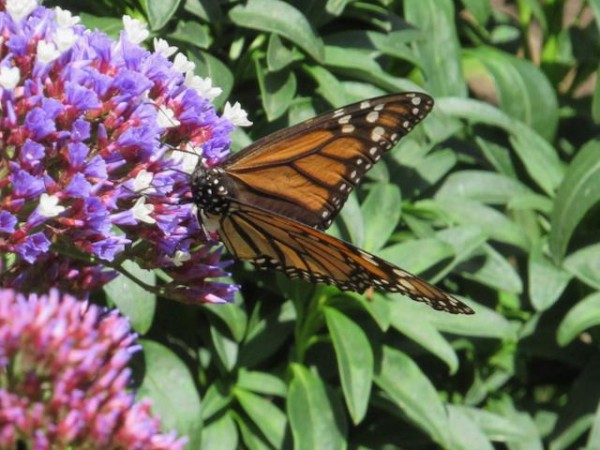 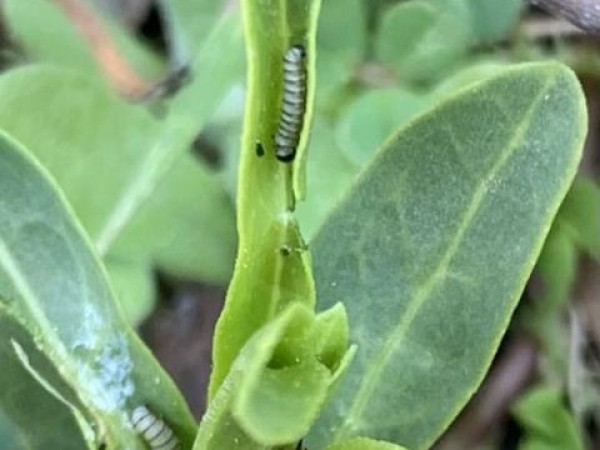 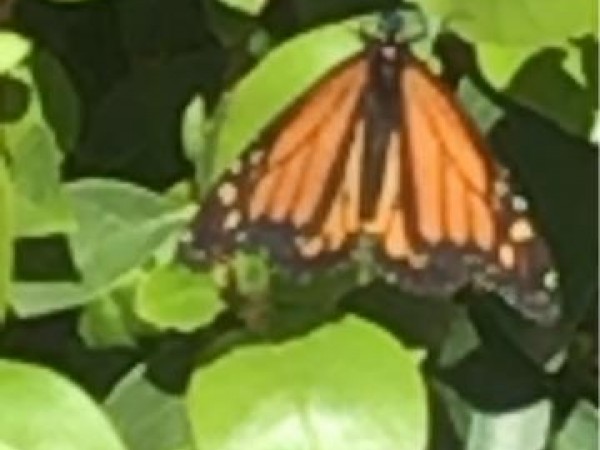 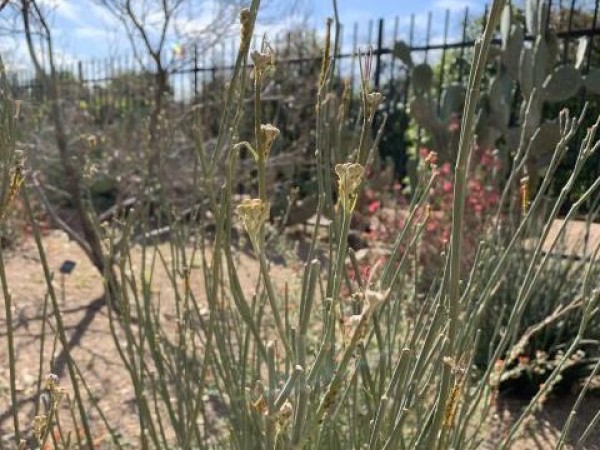