Where are they? By far this is the smallest number of First Sightings of monarchs this week in California and Arizona. The overwintering monarchs in the region are likely reaching the end of their lifespan and it is normal for sightings of old, worn monarchs to decrease as we approach early to mid April. Fresh and new monarchs appearing around town could signal a new generation. These new monarchs will spread out to reach the summer breeding grounds in the Northwest states, central basins and higher elevation mountainous areas of Arizona and New Mexico. So now we’re all looking for their movement. Recent cold spells limited monarchs moving through chilly mountain passes or along rivers where lack of early milkweed, nectar and other resources hinder their movement.

Keep an eye out for monarchs north and northeast of the Oakland, California region where some monarchs spent the winter as well as just east and northeast of the prominent monarch activity along the California coast. Watch also along the Colorado River and the middle elevations of Arizona as warmer weather along the entire Southwest descends on the region with near record highs aiding monarch movement. Explore any milkweed in the areas especially in the morning hours where monarch larvae are more common near the top of plants versus later in the hotter part of the day where they may be hidden deep within to keep cool.

Maize saw her first monarch of the season on March 29 in Carlsbad. “First Monarch sighting. It come into the yard at 12:20pm, a bright sunny day, aprox temp of 75 degrees, after yesterday it was a warmer 80 degrees here yesterday. It fluttered near vegetable garden, not going to the milkweed on opposite side, then left without having nectar or laying eggs, if it were a female.”

Tami in Rosemead was lucky to find a monarch on March 23. “Beautiful female depositing eggs.” Scott saw one monarch flying in Burbank on March 24. “Flew through, landed on one of our hibiscus plants.”  Meanwhile Kristin in Temple City enjoyed watching a new monarch on March 28. “Watched it emerge from the chrysalis and flew away after a few hours.”

Last week there were monarch larvae reported in the Tucson and Phoenix greater areas. We are working to have them report their sightings to Journey North so we can all track them.

I did find three 5th instar monarch larvae on our native Arizona Milkweed, Asclepias angustifolia, in my backyard. Notice how dark the stripes are! Our nights the last few weeks have hovered in the mid 30’s to mid 40’s, so the dark coloration helps them warm up when they find the sun. These eggs were laid back on March 9, twenty-one days ago. We commonly hear the immature stage lasts about a month but because they are temperature sensitive, these three are taking longer to mature. The predictions call for our first 90° high tomorrow and we’ll flirt with record highs through next week. We’ll likely see these larvae mature much more quickly now with the warmer temperatures.

Are native milkweeds up where you live? Female monarchs love these fresh new growth milkweeds to lay their eggs. Let us know where you see them as monarchs begin to outward from the safety of coastal and southern areas.

Cheryl spotted “Asclepias tuberosa” just breaking ground in Vacaville, California on March 21.  Meanwhile Scott found healthy new milkweeds up on March 24 in Burbank, California. “About one half dozen of our narrow leaf milkweeds are remerging so far!” Are native milkweeds up where you live yet? Let us know when you see them as well as when they bud or flower, too. Be sure to check for eggs and tiny larvae – maybe the first monarchs speeding through will leave this proof they were near.

Your reports can help everyone know the “status of the breeding habitat” where you live. Don’t forget to report milkweeds up, flowers in bloom (remember, monarchs may lay eggs on milkweed before they flower so nectar resources are important and any monarchs you may be lucky enough to see! Do their wings look fresh and new or worn? A photo from your phone or camera can help us all see the progress early monarchs are now making in the spring movement. 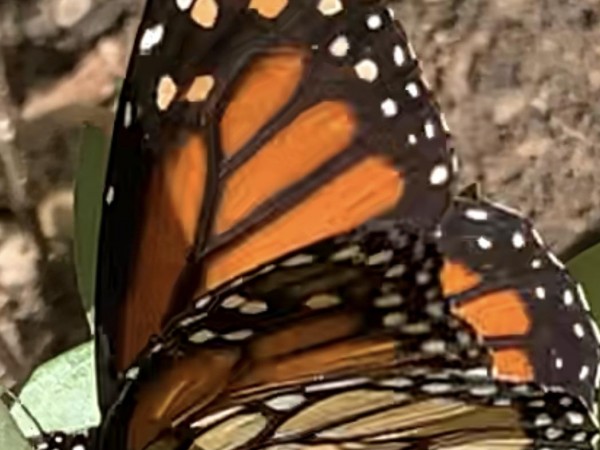 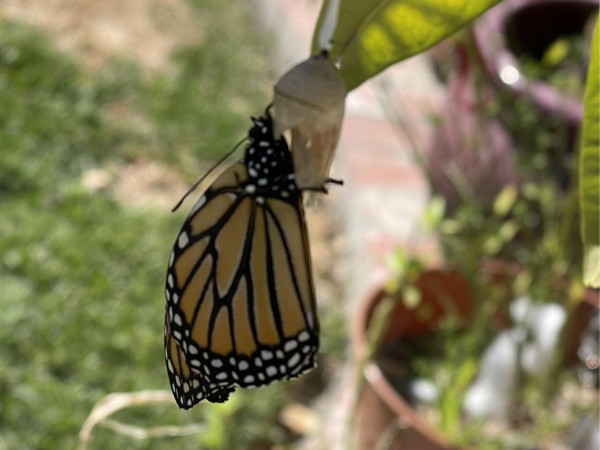 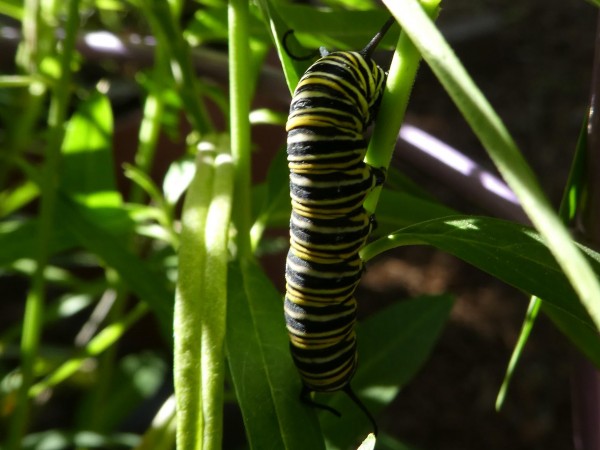 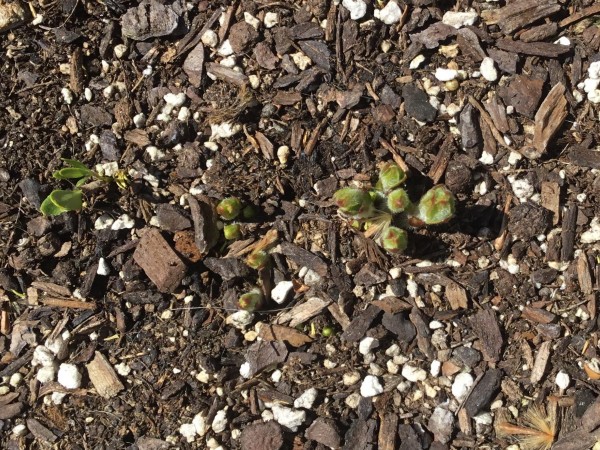 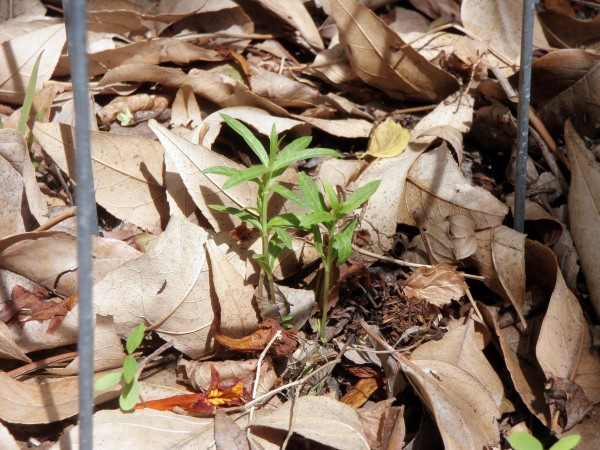